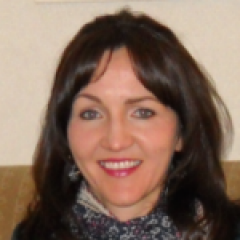 April Burke recently accepted an Assistant Professor in Educational Linguistics position at Central Michigan University. April is a licensed K-12 teacher from Maine, where she taught middle and high school. She conducts research on the use of standardized tests with English language learners and the effects of policies on the education of language minority students. Her publications include a book chapter, The unintended consequences of No Child Left Behind on a school corporation: Implications for English language learners’ advocates (2013), and an article in the Brazilian Journal of Applied Linguistics, Educational Policies in the United States and Implications for English Learners (2012, co-authored with Luciana C. de Oliveira). In 2013 April received an AERA Division H Early Career Mentorship Award. She received her B.A. and M.A.T. from the University of Maine and her Ph.D. from Purdue University.