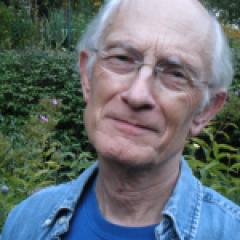 Larry Hayes is retired as editorial page editor and columnist for the Fort Wayne, Indiana, Journal Gazette, a career that spanned 27 years. A former English teacher, Hayes also served as an adjunct professor at Indiana-Purdue University, Fort Wayne, teaching courses in writing, journalism and peace studies. He has received more than 50 state and national awards for his commentary on a range of issues including education, religious freedom, mental illness, and juvenile justice. In 1986, Hayes was a finalist for a Pulitzer Prize for a series of editorials calling on the city district to desegregate its elementary schools. He holds degrees in theology and English.