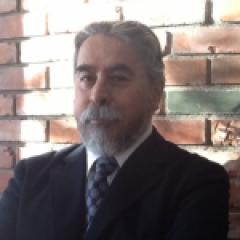 Dr. Guillermo Solano-Flores is Professor of Education at the Stanford University Graduate School of Education. He specializes in educational assessment and the linguistic and cultural issues that are relevant to both international test comparisons and the testing of cultural and linguistic minorities. His research is based on the use of multidisciplinary approaches that use psychometrics, sociolinguistics, semiotics, and cognitive science in combination. He has conducted research on the development, translation, localization, and review of science and mathematics tests. He has been principal investigator in several National Science Foundation-funded projects that have examined the intersection of psychometrics, semiotics, and linguistics in testing. He is the author of the theory of test translation error, which addresses testing across cultures and languages. Also, he has investigated the use of generalizability theory—a psychometric theory of measurement error—in the testing of English language learners and indigenous populations. He has advised Latin American countries on the development of national assessment systems. Also, he has been the advisor to countries in Latin America, Asia, Europe, Middle East, and Northern Africa on the adaptation and translation of performance tasks into multiple languages.