For the Love of Learning: 3 Things I Learned from Network for Public Education Conference

I spent the weekend in Austin, Texas at the first Network for Public Education (NPE) and it was fantastic. You can find my day 1 post here and my day 2 post here.

Here are 3 things I learned from The Network for Public Education Conference:

1. Relationships.I was so happy to get a chance to meet some very cool people that, until this weekend, I had only known as avatars on Twitter. Don't get me wrong, I love social media -- while social media can help connect people by removing the obstacles of time and place, it is no substitute for real life, face to face relationships. I was so happy to meet and spend time with Kirsten Hill, Adam Holman, Jose Vilson, Stephanie Cerda, Xian Barrett, Audrey Watters, Sabrina Stevens, Katie Osgood and Phil Cantor.

2. Assault on Public Education. As the token Canadian at the conference, I was struck by the raw emotion that dominated the conference -- teachers are saddened and angered by the assault on public education lead by profiteers, politicians and privatizers.

The politics and problems killing American Education is complex, but here's my Wikipedia version: For a long time, public schools in the United States had been a public good. Schools were about pupils. However, Corporate School Reform has become the status quo -- public education is being bastardized into a private interest where schools are about profits.

Essentially Corporate School Reform is led by three foundations: Gates, Walton and Broad -- who have allied with the Federal Government, effectively making the United States Department of Education an enemy of public education.

Common Core, high-stakes standardized tests and Teach for America are a money grab for Wall Street at the expense of Main Street. Democratically elected school boards are replaced with Charter CEOs who have absolutely no accountability to the public. Public schools who have a responsibility to take all children who show up are closed and turned into private charters with select admissions. Every dollar from tax payers for public education should go to public schools not into the pockets of CEOs and investors. Private schools should not be publicly funded.

The Charter school movement in the US is re-segregating America and rolling back whatever gains were made from Brown vs Board of Education. Experienced and educated teachers are fired in exchange for well-intentioned but grossly ill-prepared youngsters whose effectiveness have been grossly overstated. Public Education is being strangled to death by Corporate School Reformers who provide an opportunity-rich education for their own children while imposing other people's children with schools that are marinated in acquiescence and testing. Education excellence requires equity.

The Corporate School Reform is a part of the Global Education Reform Movement which is built on a contradiction:

Use PISA scores to show that public education in the United States is failing but then implement market-based reforms that are almost entirely contradictory to the reforms and policies found in high achieving countries.

3. There is hope. The only thing necessary for destructive mandates and cancerous education policies to succeed is for good teachers, parents and students to say and do nothing. When distant authorities invoke their ignorance with the force of law, remember that your silence is read as assent -- and at some point your silence is betrayal to those who do speak up and take action.

The Network for Public Education is the loud speaker for people who support public education. Rather than remain as individual pockets of resistance to Corporate School Reform and GERM, NPE is a way to organize and mobilize a movement that will save public education.

NPE concluded its first National Conference with a call for Congressional hearings to investigate the over-emphasis, misapplication, costs, and poor implementation of high-stakes standardized testing in the nation's K-12 public schools. The consequence of all this is that testing has become the purpose of education, rather than a way of measuring education.

NPE is encouraging everyone, including Congress to ask some tough questions: 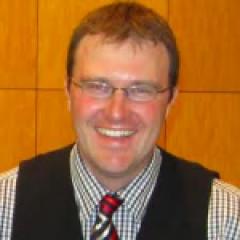