Jack Schneider is an assistant professor of education at the College of the Holy Cross, in Worcester, Mass., and the author of Excellence for All: How a New Breed of Reformers Is Transforming America’s Public Schools (Vanderbilt University Press, 2011).

To the many in the world of education reform, the latest AP Report to the Nation—released recently by the College Board—is cause for celebration on two fronts. The first achievement has to do with equity.  During the program’s early history in the 1960s, Advanced Placement courses were generally populated by white students.  Even as recently as the mid-1990s, 80 percent of AP exams were taken by whites or Asians.  Today, however, roughly a third of students participating in the program are non-Asian students of color.  And that number is growing every year.

The second achievement has to do with teaching and learning.  By the twenty-first century, AP was being assailed by its critics for failing to evolve.  While college professors increasingly guided students through closer examinations of subjects with an orientation toward critical thinking and hands-on work, the AP Program continued to emphasize survey-style coverage and content memorization.  This latest report, however, details a course and exam redesign that brings AP back in line with “current practices in college instruction.”  And according to the College Board, changes in all subject areas will be substantial.

Both of these developments are the result of hard work, financial commitment (the Department of Education alone has spent a quarter of a billion dollars on its AP Incentive Program), and concerted efforts by all parties involved to promote the twin aims of equity and excellence.

The problem, however, is that AP can do very little to actually realize those aims.

Policy leaders, of course, are aware of the limited success of their labors, both through the AP Program and through other technically-oriented school improvement efforts.  Still, they continue to favor centrally-designed reforms that can be implemented in a top-down manner because they sidestep the unpredictable and time-consuming work of engaging stakeholders, building school capacity, and developing a politically courageous agenda.  Consequently, their efforts, while well-intended, never address the underlying problems that affect school quality and educational equity (a topic I address in my book, Excellence For All).  To use a metaphor of Larry Cuban’s, they create storm-tossed waves on the ocean’s surface without disturbing the deep waters below.

Consider the effort to promote equity through AP.  For decades, reformers tried to use the program as a lever for giving underserved students a college admissions edge.  After all, in the last decades of the twentieth century, colleges and universities looked favorably on students with AP courses on their transcripts.  But most AP courses were taught at private and suburban schools.  Consequently, reformers sought to extend the AP Program, believing they could level the playing field by providing equal access to an elite brand.  Yet, as I have written elsewhere, the expansion of the AP Program failed to promote real parity between the educational haves and have-nots.  Because once the AP Program reached a critical mass, it lost its functionality as a mark of distinction.  Soon, scores of colleges and universities (Dartmouth being the latest) revised their policies around awarding credit for AP coursework or favoring it in admissions reviews.  And ultimately, elite suburban and private schools began to drop the program, calling it outdated, overly-restrictive, and too oriented toward multiple choice tests.  Thus, while students at Garfield High in East Los Angeles were for a short time doing the same work as students at Andover, the aim of equity proved a noble and elusive dream.

Consider now the recent move by the College Board to restore curricular relevance and rigor to the AP brand.  Taking seriously the charge that AP was no longer in line with teaching practices in higher education, the College Board has overhauled the program.  The new curriculum will encourage more work in science labs and less parroting back of formulas, more work on historical thinking and less memorization of historical minutiae.  That all sounds pretty good.  But it will do little to improve teaching and learning, especially at schools with low-levels of instructional and administrative capacity.  Merely asking teachers to spend less time drilling and more time promoting inquiry, in other words, does not make them able to do so, nor does it prepare their students to succeed in such classes.

To be clear: these are good developments, and programs like AP should continue to be refined and revised.  But they will not resolve the deeper issues that affect educational quality and opportunity in the United States.

That is not to say that they must do so; there is, after all, a place for tinkering.  But contemporary reform rhetoric fosters the belief that all of our school problems have relatively straightforward technical solutions that policy leaders could implement if only the unions would get out of the way.

Evidence to the contrary, however, is all around us.  Look, for instance, at Mississippi, which has the lowest average household income in the U.S. and the highest percentage of African-American residents.  Given the way that educational resources are distributed, it should come as no surprise that nearly half of students taking AP exams in the state scored a 1 out of 5.  Only four percent of students scored a 5.  These are not the kinds of problems that the AP Program can solve.

Without a doubt, programs like AP have their place.  And in many schools AP remains a valuable addition to the curriculum.  But when we pretend that all our schools need is the right reform, we erode our collective will to do the harder work required of us.  We distract ourselves from our greater purposes. 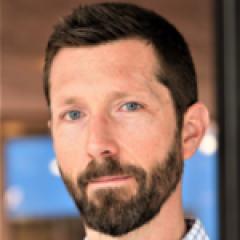 Jack Schneider is an assistant professor of education at UMass Lowell and the director of research for the Massachusetts Consortium for Innovative Education Asses...
Author Profile