Troubling tweets by Education Secretary Cardona focused on aligning education to industry generated concerned replies, including mine. But few should be surprised. Such comments reflect a decades-long corporate drive to reshape public education.

It’s the reason for high-stakes standards, test-and-punish schools, data collected on children, and the long-time unproven claim that public education has failed students and the country. And it pushes children to learn faster than ever before.

Many changes in public schools that parents and teachers dislike have come from this corporate-driven goal to align children with industry needs. It’s also why there’s so much talk about Schools of the Future and school transformation.

Every student should have access to an education that aligns with industry demands and evolves to meet the demands of tomorrow’s global workforce.

Our work to transform our schools is crucial to creating a strong economic foundation for our country.

It’s time to break down the silos between K-12 systems and college, career, and industry preparation programs. This is how we transform education in this country.

Most Americans want children to learn about the world and obtain information in school. They want them to be guided toward the kind of vocations that exist, helping them match their strengths and interests to careers where they can be happy and flourish, ultimately giving back to society and the world in which they live.

This doesn’t ignore the economy. Students choosing careers that excite them means they will do well if it’s what they want, and schools give them the necessary instruction.

But aligning a child’s education to industry, steering them toward what big business wants of them, collecting their data to make it happen, and using students to meet the needs of a global workforce, sounds dark not only for the future of America’s students but for democracy.

Most parents don’t want their children to be part of this dystopian novel. Both political parties have been behind it.

This Global Economy message has resulted in faster-paced schools, like AP, college work in high school, dual enrollment, students earning college credit in high school, making middle schoolers declare a major before they enter high school, and forcing kindergartners to do what used to be first-grade work.

Not only have businesses created standards they expect from children starting with preschool, but they’ve also sought to profit from the programs used to replace teachers in schools, like unproven technology.

For years we’ve been told by Republicans and Democrats that corporations will be lacking workers for the future and that public schools and teachers have failed to produce the workers they need and must push children to work faster.

We need to educate our students to be competitive in the 21st-century global economy. Alas, they (and our schools) have fallen behind their counterparts in other countries. We must hold students and teachers accountable by raising the bar, employing tough and uniform standards for what is taught, measuring the results with frequent testing, and using rewards and sanctions (for states, districts, schools, teachers, and students) based on those scores.

Every single phrase in that paragraph is misguided. As a whole, it is ripe for challenge even when it isn’t packaged with the rhetoric of privatization and competition that so often accompanies this narrative — promotion of “school choice” with vouchers (mostly Republicans) or charters (Republicans and Democrats).

How many students have left high school feeling like failures because they couldn’t speed up what was academically expected of them? How many great teachers have left because they recognized they were being set up to fail due to high-stakes testing?

What would America and its schools be like if we’d collectively focused on what’s best for students?

So, while Cardona’s statements turned a lot of stomachs, the real surprise, I think, is that many teachers and parents thought the Biden administration would be different. Sadly, it is not. 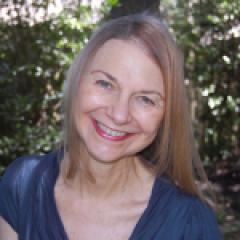