Are Teachers Interested in the Opportunity To Call the Shots? (Kim Farris-Berg) Part 2

Farris-Berg is lead author of Trusting Teachers with School Success: What Happens When Teachers Call the Shots. She is a Senior Associate with Education Evolving, a policy design shop based in St. Paul, Minnesota, and an independent education policy strategist. Her Twitter handle is @farrisberg.

If we made it loud and clear, in both policy and practice, that teachers can have autonomy to collectively make the decisions influencing whole school success, would any teachers take advantage?

Collective teacher autonomy isn’t for everyone. It is a working arrangement that some teachers long for, but others never imagine for themselves. Teachers who are now calling the shots in more than 50 district and chartered schools around the country describe themselves as pioneers both in the professionalization of teaching and in the modernization of schools and schooling.

Pioneering is intense and difficult work, they say, especially in an education culture that values and even manages toward “sameness.” Yet it is also enormously rewarding. The teachers report that they thrive in these environments where they work with their colleagues to make what they determine to be necessary changes and see their commitment’s positive influence on student learning.

There’s evidence that, if the opportunity was firmly on the table, many more teachers would be interested. Public Agenda tested a national sample of teachers’ attitudes toward new arrangements and reported the findings in Stand by Me: What Teachers Really Think About Unions, Merit Pay and Other Professional Matters (Farkas, Johnson and Duffet 2003). Fifty-eight percent of teachers were somewhat or very interested “in working in a [chartered] school run and managed by teachers.” Sixty-five percent of these teachers had worked less than five years, and 50 percent had worked more than 25 years.

Of course, there are also reasons why teachers currently don’t take the leap. To ask for something, you need to know about it, and many do not. Plus, among the teachers who are interested, many are afraid of what might happen to their professional reputations if they ask for authority.

Others fear getting only partial, informal authority. In these cases, teachers worry about making the time investment (in school design, school management, and lobbying school district or state leaders to adapt management practices to support teacher autonomy) only to have their authority pulled back. Teachers have seen this happen too many times before when, as the former 22-year Minneapolis Federation of Teachers President Louise Sundin puts it in Zero Change of Passage, “the bureaucracy [asked for innovation, but ultimately]…couldn’t tolerate…differences in delivery or design.”

A highly-qualified teacher, Stephanie got her first teaching job at the 1,780-student Craig High School. Doing everything her district and school leaders asked of her, she applied the skills and knowledge gained from her training for the good of her students. She felt proud to work at Craig, where everyone worked hard to make a great school.

So Stephanie was crushed when, like so many other teachers, she was laid off by the Janesville School District amidst state budget cuts. She hoped for another job in Janesville, and eventually district leaders assigned her to a school chartered by Janesville Public Schools called Tailoring Academics to Guide Our Students (TAGOS Leadership Academy).* But she was furious. TAGOS was known as a place full of “bad” kids. Stephanie thought, “I am a good teacher. How can I do what I was trained to do in a place like that?”

The TAGOS Leadership Academy teachers welcomed Stephanie and explained that their learning program of choice focused on individualizing learning for students, not staying on a specific track. They had requested a colleague like her so she could help realize the goal of getting each student to his or her personal next level of achievement. They had the authority to collaboratively manage the school, they said, and could make whatever changes needed.

At first Stephanie was so focused on how things usually work—and how TAGOS was breaking convention—that she failed to digest her colleagues’ request. “Then we went on winter break, and I had time to reflect on what they were asking of me,” she explained. “Suddenly I got it. I had a real opportunity at TAGOS. My voice mattered. I could lead [my colleagues]—work together with them—to create a learning program that would really change how our students learn!”

“I hadn’t really thought about how prescribed everything I was doing at Craig was,” she continued. “I had to use the prescribed book list, in the prescribed order, at the prescribed pace, using a prescribed budget. There was so little opportunity to tailor what I was doing for the individual students I was working with, whether they were far beyond or far behind. . . Here at TAGOS was a chance to do all the things I thought might work better.”

Stephanie was as nervous as she was excited. She realized that in exchange for such decision-making authority, she and her fellow teachers at TAGOS Leadership Academy would be accountable for the learning program they developed in addition to all of the other choices they made.

“It was a scary idea at first,” she said. “I hadn’t ever pictured myself in this position. But now that I’ve worked with [collective] autonomy, I realize that I was missing out on professional opportunities to [decide with my colleagues] what would work for our students. . . It’s not that I was unhappy at Craig, but this is just a much more satisfying job. I am a much better teacher for having worked in this way.”

Stephanie’s story is worth considering. How many more teachers would flourish and find more satisfaction in their jobs if we made it clear that they could have full, professional authority to make the decisions influencing school success?

*Note, some teacher groups have hiring autonomy, but TAGOS Leadership Academy teachers do not. 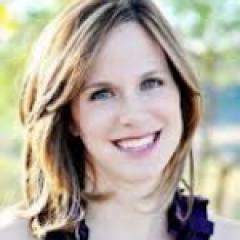 Kim Farris-Berg is a Senior Associate with Education Evolving, a policy design shop based in St. Paul, Minnesota, and an independent education policy strategist. ...
Author Profile