When he attended the star-studded premiere in 2010 for Davis Guggenheim’s slick propaganda film, Waiting for Superman, Arne Duncan called it a “Rosa Parks moment.”  In making this stunning analogy, it became clear that corporate education reform schoolers were no longer going to sit at the back of the corporate jet.  No longer would they be marginalized and excluded from the Wall Street strategy sessions, ALEC initiatives, and state legislative agendas.

Their eye was on the Prize, and they would not be denied.  It would be power to the the oppressed corporate foundations and to the “only choice” charter schools that would provide urban children the missionary conversions they require to become college and corporate ready.

I believe the Common Core state [sic] standards may prove to be the among the most important things to happen to public education in America since Brown versus Board of Education — and the federal government had nothing to do with creating them.

That’s right.  Just as Brown v Board signaled the end to racial apartheid in 19 U. S. states with the aspiration of bringing true diversity to American schools, the Common Core will unite children in 46 states in the common effort to make America once again a monoculture with the same facts, united, regardless of race or class, in our ability to write crisp memos, troubleshoot broken robots, and to explicate technical manuals translated from the Chinese, by Chinese.

And thank God Almighty that the federal government has quit meddling in these matters.  They obviously learned their lesson after the $3,400,000,000 in Race to Top money was accepted by states, all 46 of which decided before the money ran out that America was ready for one curriculum and one culture under Pearson, with many tests for all.

Power to the Corporations! Can I get an Amen! 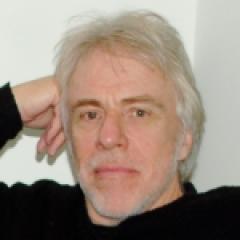 Jim Horn is Professor of Educational Leadership at Cambridge College, Cambridge, MA. He has published widely on theoretical and practical issues related to educat...
Author Profile
Quick Search
Sign up for NEPC Emails