Back in 2012, ambitious district officials in Fulton County revealed a five-year plan. Through a special-purpose local option sales tax, the district hoped to raise over $200 million to add 65,000 devices in schools by 2017. There was a catch, however: school leaders had to commit to implementing personalized learning models as a prerequisite to receiving laptops and iPads. District leaders even went so far as to dub the hardware “personalized learning devices.”

“At first we thought this was just going to be a hoop we have to jump through in order to get these devices,” admits Daniel Hodge, a personalized learning coach at Barnwell Elementary School in Fulton County, echoing the concerns and confusion shared by other Fulton County educators in an interview with EdSurge. Hodge says his work was originally focused on the tech. It was even in his job title—instructional technology support. “But as we started to do things, we realized it was so much more,” he says.

District leaders then divided schools into five groups and set them up with coaches. Before teachers could receive the devices, they needed to work with the coaches to adopt at least three of the seven principles into their school model. These principles would guide the school’s professional development and curriculum.

Many teachers hoped that transitioning to this new model would cause students would take ownership of their learning since students had more choices about the pace of a lesson and the content they chose to learn.

But the students in Hodge’s school seemed less engaged. “They were supposed to have more ownership,” Hodge says, but instead, learning looked more passive. Testing scores dipped. “We were wondering why students were just not getting it. They were supposed to have ownership of their learning,” says Hodge. “We were like, wait a second, students chose this, and they’re giving teachers less quality than when teachers were leading them,” he says.

Educators were also confused about what personalized learning was supposed to be.

“A lot of teachers thought [personalized learning] was going to mean taking the teacher away from the front of the classroom and de-emphasizing direct instruction,” Hodge says. They expected inquiry-based learning over direct instruction; adaptive software instead of say, worksheets. “We were expecting those things to bear a lot of the weight” of instruction, he adds.

Chanel Johnson, a STEM program specialist in Fulton County, echoes Hodge’s concerns, noting that many of the teachers saw personalized learning as a type of technology that would replace the work of teachers in the classroom.

Hodge’s “ah ha!” moment came when he realized the most important “tool” of personalized learning was, in fact, a much older education concept: the “gradual release of responsibility” model, something articulated in the early 1980s and based on theories that go back to Jean Piaget. “It doesn’t matter if you’re standing up in front of the class and giving kids packet of worksheets,” or if you use adaptive software, he says. Instead, the key to personalized learning “is the idea of the teacher transferring ownership of learning to students so they can become self-directed learners.”

The district paid for Hodge to take a six-month course on personalized learning, but he stresses that there are no experts. “When someone says they’re an expert in ‘personalized learning,’ you have to look at their background. People use [PL] as a noun—that’s super detrimental. It’s not a package or end game—it’s a process, a verb. It’s something that’s done. You personalize learning.”

To combat these misconceptions both Hodge and Johnson are working to reconstruct their message by separating technology from the pedagogy with teachers, a difficult task with the two ideas tied together at the district level. However, Hodge says he will remain on his “soap box” until teachers in his schools understand that they must gradually transition students into self-directed learning, whether or not they’re using technology.

“In order to effectively personalize students’ learning the teacher at some point must transfer ownership of learning to students,” says Hodge.

Hodge says he is willing to open up his school so people can come in and learn from their mistakes. Hosting what he describes as “Learning Walks,” Hodge invites parents, teachers, administrators into his teachers’ classrooms so they can offer feedback and support—hoping his transparency can encourage others to share their successes and failures.

“I think a lot of people are scared of letting people know that it didn’t work for them. That is our biggest weakness in all of this,” says Hodge. “Personalized learning has great sound bites and images, but when they try it, and it doesn’t work, they get very insecure about it. What I have learned and what is going to strengthen our work moving forward, has come from iteration and talking about what’s not working.”

Two years into the journey, Hodge feels upbeat about the directions he sees. “School’s just starting. I feel like this year, we’re in a really solid place. Our understanding is better. And it’s a better time to roll it out on larger scale because we know what we’re talking about.” 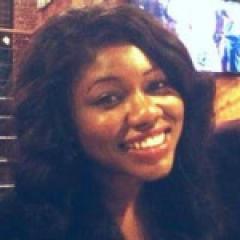 Jenny Abamu is an education technology reporter at EdSurge where she covers technology’s role in both higher education and K-12 spaces. She previously worked at C...
Author Profile
Quick Search
Sign up for NEPC Emails