I am the first to admit that there is a legitimate argument to be made against teacher tenure. I may find that argument to be weak and unsupported by empirical evidence. But I also understand that there really are disturbing reports of inexcusable teacher behavior, and those stories would cause anyone to question whether due process rights for teachers ought to be at least modified.

So we can debate tenure laws in good faith, and, while I may strongly disagree with the conclusions of the anti-tenure side, at least I can respect where their point of view is coming from.

What I have absolutely no respect for, however, is garbage like this:

Mayor de Blasio is absolutely right to label the allegations against Brooklyn public school teacher Sean Shaynak “disgusting.” Unfortunately, the mayor has been wrong on just about everything else when it comes to New York’s broken teacher discipline system since the moment he entered City Hall.

The mayor would not be human, let alone a remotely competent politician, if he didn’t call for the firing of someone using a position of power to force himself on young people and exchanging grades for sexual favors.

But serious questions need to be addressed. Like why was he even hired in the first place? Education officials say they were aware that he had been arrested, though he was never convicted. And if the mayor is so intent on firing him, why hasn’t he? He was first arrested in August, and he does not have tenure. It is a rare instance where the Education Department actually has the power to do something.

One wonders if the mayor is even aware that if Shaynak DID have tenure, his administration would be powerless, regardless of what he or Chancellor Carmen Fariña thought of Shaynak’s actions. [emphasis mine]

This is the latest bit of anti-tenure claptrap from Campbell Brown, brought to us courtesy of the NYC tabloids, which seem to exist these days largely to convince their readers that hordes of abusive teachers sustained by taxpayers dollars is second only to the Ebola virus as a threat to New Yorkers.

The situation has gotten so dire that eight brave families from across New York are challenging state tenure and dismissal laws that keep ineffective and dangerous teachers in the classroom.

Their lawsuit makes an understandable claim: When the system forces schools to keep dangerous and ineffective teachers in the classroom, the system deprives students of the right to a sound basic education.

This is, of course, completely absurd. Shaynak, by Brown's own admission, didn't have tenure; there was no obligation to renew his contract. Changing New York's tenure laws would have done nothing to change the particulars of this case.

A quick read of the NY Times story on Shaynak confirms that revoking tenure would not have protected his victims. Shaynak got away with his despicable crimes because he wasn't properly vetted at hiring, he apparently wasn't properly supervised afterward, and his students found him charismatic, which allowed him to manipulate both his victims and the students who might otherwise have reported his other unprofessional behaviors.

Brown, therefore, is deliberately conflating the hiring and supervision practices of the NYCDOE with tenure laws. It's a cheap rhetorical trick, and if Brown's lawyers tried it in court, their argument would most likely be rejected by a judge as irrelevant. But judges don't oversee public debates about policy, so Brown can make an illogical appeal to emotion here with no consequences.

I know some of you who are sympathetic to my point of view still get squeamish when we talk about the motivations of the reformy types. You'd rather argue points of policy; truth be told, so would I. It would be lovely if we could all get out our charts and our graphs and briefs and hash these things out and arrive at sensible conclusions.

But let's be clear: Campbell Brown and her reformy crew are not arguing in good faith. Because anyone who engages in this level of mendacity is not interested in having a meaningful debate; they wouldn't stoop to such tactics if they were.

But Brown's argument here is so outrageously foolish that the only way she could not see her incoherence was if she was being willingly obtuse. That, to my mind, is just as bad as being a willing sophist.

Fellow travelers, at some point we're going to have to face an uncomfortable truth: while many on the reformy side are people of good faith, some are not. Some will do anything and say anything to get what they want, facts and reason and logic be damned.

It isn't impolite to point this out; in fact, I'd say it's absolutely necessary. 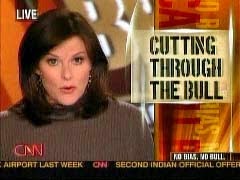