EduSanity: Bill Gates Wants You to Believe His Lies About CCSS

The other day one of my colleagues gave me a hard time about referring to Bill Gates as a “shyster”.  Fortunately, only a couple of days after I wrote that post, Mr. Gates has presented me with a perfect opportunity to demonstrate why I believe he deserves the “shyster” label.  Gates recently wrote an op ed piece for USA Today in which he “dispels” three common myths about the

Common Core State Standards.  Here I take a look at Gates’ arguments and explain why they are lies of omission.

In fact, the standards were sponsored by organizations made up of governors and school officials. The major teacher unions and 48 states sent teams, including teachers, to participate. The Gates Foundation helped fund this process because we believe that stronger standards will help more students live up to their potential. More than 10,000 members of the general public commented on the standards during drafting. Each of the 45 states that have adopted them used the same process used to adopt previous standards.

What Gates Conveniently Left Out:

While the initiative originated with the National Governors Association, a ridiculous amount of private money used to create and influence the adoption of CCSS, especially funds originating from the Bill and Melinda Gates Foundation. The Gates Foundation granted millions of dollars to the American Federation of Teachers and the national Parent Teacher Association, two groups that would have been the most likely opponents of national standards. The largest recipients of Gates’ money were the organizations primarily involved in the creation of the CCSS, including Achieve, Inc., The Council of Chief State School Officers, and the National Governors Association Center for Best Practices.  Simply put, these monies amount to little more than bribes for buying into the new standards.

Meanwhile, the Obama administration’s education policies for Race to the Top (RTTT) monies and No Child Left Behind (NCLB) waivers left states without a REAL choice when it came to adopting CCSS.  Secretary of Education Arne Duncan and the federal government limited eligibility for RTTT awards and NCLB waivers to states that adopted a common set of “college and career ready standards”.  In other words, if states wanted to avoid the penalties of NCLB and keep the federal pipeline of education dollars flowing they had no choice but to adopt the CCSS or create their own “college and career ready” standards.

What Mr. Gates won’t tell you about the process of creating the CCSS is that the two primary writing teams for the standards included only 25 members, a pathetically small number of people for a task of this magnitude. Even worse, membership in the working groups included six test-makers from the College Board, five from test publisher ACT, and four from Achieve Inc., but did not include any classroom teachers.  Teachers were allowed to “provide feedback” on the draft of the standards.  10,000 responses did indeed flow in, and the CCSS authors somehow managed to read and give thorough attention to all of them in the TWO MONTHS between draft and final copy. Right.

The CCSS did not undergo extensive field-testing or validation, and in some cases the CCSS are actually inferior to the existing state standards they replaced.  In fact some state education officials were actually urged to adopt the CCSS before they had even been written.

Common Core won’t necessarily add to the number of annual state tests students take. States will introduce new math and language arts tests based on the standards to replace tests they give now. Most states are taking a cautious approach to implementing the new tests, giving teachers and students time to adapt before scores lead to serious consequences. What’s more, unlike some of today’s tests, the new tests will help teachers and students improve by providing an ongoing diagnosis of whether students are mastering what they need to know for success after graduation.

What Mr. Gates Conveniently Left Out:

The PARCC and Smarter Balance tests do not actually exist yet.  They are being created and tested on kids while states continue to have students take the existing state tests.  Heaven forbid we have a year without a standardized test.

There may not be an increase in the number of federally mandated standardized tests students take, but there is no question that the overall number of tests students take is increasing at a dizzying pace.  In order to prepare students for the tests that don’t exist, schools have been ramping up their test preparation with – you guessed it – more tests.  The same testing companies that benefit from the creation of the CCSS are selling school districts any number of CCSS “pre-tests” designed to give these anxious school officials an idea of how their students will perform on the “test to be created later”.  As if that’s not enough, school districts are also creating an avalanche of new “benchmark exams” that they give across the school district – sometimes on a weekly basis.  If you doubt it, call or email your child’s teacher today and ask them about “benchmark” tests.

As for Mr. Gates’ claim that these new tests will prepare students for what they “need to know for success after graduation” – you have to keep in mind that this magical body of knowledge is only what Gates and his corporate cronies BELIEVE students should be able to know after graduation.  In fact, the CCSS don’t actually place any premium on knowledge at all.  The CCSS are a skill/aptitude set of standards, and it is entirely possible to master tasks under the CCSS without learning a bit of knowledge.  I’ll have an example of what I mean by that next week (stay tuned).  The bottom line is that the CCSS and its tests are only based on the “knowledge students need for the world after graduation” because rich white guys tell you they are.  Of course, they’ve pretty much been running things for a while, so maybe they’re right.

These are standards, just like the ones schools have always had; they are not a curriculum. They are a blueprint of what students need to know, but they have nothing to say about how teachers teach that information. It’s still up to local educators to select the curriculum.

In fact, the standards will give teachers more choices. When every state had its own standards, innovators making new educational software or cutting-edge lesson plans had to make many versions to reach all students. Now, consistent standards will allow more competition and innovation to help teachers do their best work.

What Mr. Gates Conveniently Left Out:

This one is almost laughable.  I won’t bore you with the details of the differences between standards and curriculum, but here Gates is either lying or is just plain ignorant.  In this case, it really could be the latter.  Even if the CCSS were not intended to be a written curriculum for schools that’s exactly what is happening in classrooms all across the country.  It is really simple to understand.  The tests I mentioned earlier will be the measure by which the government hands out “serious consequences” (Bill’s words, not mine) for failure.  Schools and teachers will be judged primarily on the basis of their success or failure on these tests.  The tests are based directly on the Common Core State Standards.

So, the rational individual says to themselves, “Well if that’s the case, and if I want to feed my family next year, then I better make sure that my teaching prepares students to take these tests.”  And that’s exactly what’s happening.  Teachers read the standards and make lesson plans directly from them.  In other places, school districts get together to create lessons from the standards and force every teacher in the district to teach them verbatim.  When these things happen then the national standards are very much a national curriculum.

As to the innovation Mr. Gates is talking about?  Please.  With a proverbial gun at their heads to have high test scores no matter what, schools and teachers aren’t looking for innovation, they are looking for safety.  Nothing is safer in a climate of high stakes accountability than doing EXACTLY what somebody in power tells you.  Lessons are being scripted for teachers all across the country by companies selling packaged CCSS units and some school administrators are actually punishing teachers for deviating from scripted lessons.  This is hardly “innovation”.

As one teacher who took part in our recent research study put it,

“I feel as though I am simply a placeholder.  My individual worth and creativity has no value in this climate of “teach-by-numbers.”

Think about it for a minute.  It makes sense.  If somebody tells you that your job is on the line,  you are going to make sure that you do exactly what you are supposed to do in order to survive.  If you are in competition with your peers (such as being compared to other schools and teachers) then why would you actually want to HELP them?  If anything, this atmosphere stifles innovation.  The irony is that you’d think that Gates would know this since his former empire Microsoft actually abandoned his system of accountability because it inhibited innovation and teamwork.  Let’s not forget that Microsoft under Bill Gates was responsible for the Zune.

Bill Gates may be a lying shyster, or maybe he’s just ignorant.  Either way, he’s hardly qualified to tell you or me anything about teaching and learning. 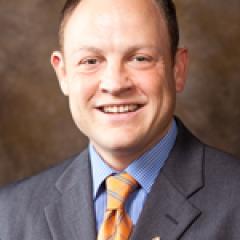