The Bill & Melinda Gates Foundation and Teacher Quality – An Overview

Over at EdWeek and the Gates Foundation’s blog, Anthony Cody and foundation leaders are exchanging letters about a variety of topics. Vicki Phillips recently posted about the use of student data in teacher evaluations, a post that received a bit of praise and a lot of criticism from Cody.

Here is the part of Cody’s response that I am going to focus on in this post:

Ms. Phillips’ post focuses almost exclusively on the work of the Measures of Effective Teaching Project, an initiative of the Gates Foundation. While the Gates Foundation has invested upwards of $300 million in this project, they have spent several billion over the past few years funding other groups who are active partisans in the war on the teaching profession. We have not yet seen enough of the systems under development by the MET project to really understand them, so I will focus my attention on the other fruits borne by Gates Foundation investments.

The first question that arises when discussing teacher effectiveness is how we measure student learning. While Ms. Phillips distances herself from the use of test scores, this has been central to the reforms advanced by the Gates Foundation thus far. It is possible that the MET project will chart new ground, but before it does so, it will need to reverse all the policies and laws mandating evaluation systems that rely on test scores that have been passed at the insistence of the Gates Foundation and programs it has funded.

I’m going to avoid the issue of “the war on the teaching profession,” but I do think it would be helpful to have an overall picture of how the Gates Foundation is supporting various teacher-related issues. I’m particularly interested in teacher assessment and human capital management for the following reasons:

The primary purpose of this post is to review the Gates Foundation support of teacher-related issues through advocacy, professional development, evaluation, and other means from 2008 to the present. I am going to exclude all grants related to the Measures of Effective Teaching Project and all Washington State grants. I excluded the former since Cody’s post is specifically about the non-MET Project work of the foundation, and I think it’s better to treat the Project as separate from the rest of the foundation’s teacher-related work. I excluded the Washington State grants because the foundation’s giving is markedly different in their home region and better addressed as a separate issue entirely (see here).

I started with the “B&MGF Spending, 2008-2010.xlsx” dataset (available here) that I used for an earlier post. I’m looking at those three years for the following reasons:

I then selected grants that impact the teaching profession in one of the following ways:

An Excel file (“BMGF Spending, 2008-2010 TQ.xlsx”) listing these grants is available here. For the most part, I selected grants based on the descriptions provided by the foundation’s Form 990s. In a few cases, I included grants that do not specifically mention the teaching profession, but that likely did contribute to issues regarding the profession (e.g. EdTrust). Needless to say, it is entirely possible that a different person would include slightly different grants. For instance, one could argue that anything related to the Common Core State Standards should be considered teacher-related. I tried to err on the side of only including grants that were specific to teachers in some way. Here is an overview of the foundation’s giving:

That is not a comprehensive list of grantees, but I think it fairly represents the main strands in the foundation’s contributions.

Since Form 990s for the years 2011 and 2012 are not yet available, I pulled grants listed on the Gates Foundation website in order to get a look at the foundation’s teacher-related grants. Specifically, I searched for all grants from 2011 and 2012 related to College-Ready Education, Advocacy & Public Policy, and Research & Development. I believe that encompasses all Gates Foundation education grants announced during those years. A list of these grants is available here.

There is one key difference between the information collected from the Gates website and the information from Form 990s. The website lists grants announced (i.e. new grants), and grants may run for multiple years; Form 990s list money actually distributed during that year, and some, like Gates, include promises of future payments (although I did not collect info on future payments). For 2011 and 2012, the lists below are only new grants; there are still funds going out to organizations that received a multi-year grant during a previous year.

It’s worth looking at the 2011 and 2012 grants more closely. These are the most recently authorized grants and may be more likely to reflect the foundation’s current direction(s).

First, here is a list of all grants with commitments over $1,000,000 announced during 2011 (excluding the MET Project and Washington State):

Below is a list of the Gates Foundation’s teacher quality/evaluation grants through July of 2012 (excluding the MET Project and Washington State): 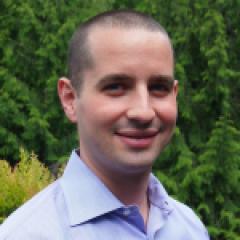