I hate the term "loud music trial." It makes it sound like somehow the decibel level provoked the violence, like maybe the homicide was at least somewhat justified. The facts remain. A white man shot unarmed black teenagers. Jordan Davis is dead. Michael Dunn's girlfriend testified about how it was racially-charged and unprovoked. But "let's not make this about race."

Nobody in the staff lounge wants to talk about the trial. My Facebook and Twitter feed have both been pretty quiet about it, too. For all the talk of student voice, the #stuvoice hash tag has been silent on the matter. True, a small band of teachers have been blogging about it, but most of those bloggers are teachers of color and most of the remaining teachers are those who teach in urban schools with a high percentage of minority students.

I get it. On some level, this trial feels like a media event that has little to do with schools. However, schools are part of the system and being a part of the system. We have remnants of institutionalized racism. Look at the lack of diversity in many urban schools. Check out the number of students with referrals in suburban schools (chances are after the after-school detention room is populated with students of color). Look at the graduation rates and the prison rates.

Most teachers I know will say things like, "I'm not racist," when what they mean is, "I don't hate people who are of a different race." However, that's a myopic view of racism. Racism is more than hate. It's the the normalcy of systems and structures that keep injustice in place. It's something we are born into in this country, something that if we're not constantly working against it, will feel normal, invisible even, to certain segments of the population. Racism isn't just lynchings and white robes. It's the constantly humming white noise of quiet indifference, of privilege disguised as hard work and of nice language used to keep up the status quo.

Here are some ideas:

Consciously integrating all perspectives into all units. Hence "Westward Expansion" can also be seen as "Westward Invasion and Conquest." Industrialism and labor movements should also be looked at with their checkered history on race relations. 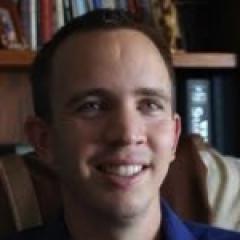