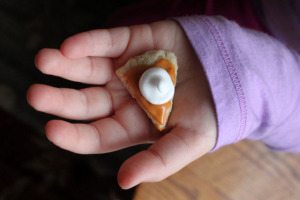 EduShyster: Now I know Black Friday is usually thought of as a day for bargain hunters to mob Walmart stores and their minimum-wage-ish associates, but can I just point out that by swelling the Walton family coffers, these shoppers are actually helping to create more opportunities for low-income youth? Wait—why are you laughing?

Gordon Lafer: Because it’s preposterous—you can’t be an adult and say that with a straight face. First of all, the thing that correlates most clearly with educational performance in every study is poverty. So when you look at the agenda of the biggest and richest corporate lobbies in the country, it’s impossible to conclude that they want to see the full flowering of the potential of each little kid in poor cities. To say *I want to cut the minimum wage, I want to prevent cities from passing laws raising wages or requiring sick time, I want to cut food stamps, I want to cut the earned income tax credit, I want to cut home heating assistance. Oh but, by the way, I’m really concerned about the quality of education that poor kids are getting*—it’s just not credible. You’re creating the problem that you now claim to want to solve. 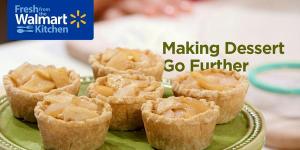 EduShyster: I don’t know if it’s a tryptophan hangover, but I feel very confused about something. There’s a long tradition of big corporations in the US trying to reshape public education in an effort to mold their future workers. Think Carnegie, J.P. Morgan, Rockefeller. But does Walmart need vast numbers of college grads? Educate me.

Lafer: Walmart has no trouble filling positions and operating with very high turnover because what’s demanded of people who work there is so little. They’re certainly not asking *where are we going to find more people who can do algebra and craft well-written paragraphs?* In fact, the big problem with the *send every kid to college* argument is that there aren’t jobs for these kids after they graduate. You cannot find an economist who predicts that more than one-third of jobs in the US are going to require a college degree in our lifetime. The real question is not how can everybody be a college graduate, but how can people make a decent living. And here is where you see that the same corporate lobbies that are pushing education reform are doing everything possible to make that harder.

EduShyster: I think when we talk about a *corporate agenda* the reaction is often *oh, there they go again with their leftist crazy talk.* But your academic research involves looking at the confluence of law and policy across the country, and you’ve picked up on what seem to be some definite patterns. What do you see? 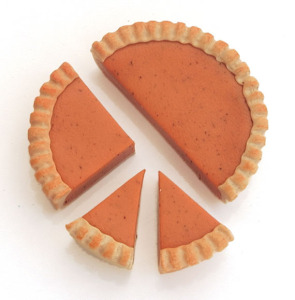 Lafer: I worked for the House Education and the Workforce Committee in Washington in 2009-2010 and then came back to my academic job in 2011, which coincided with a huge wave of cutbacks in public services around the country. I started doing these overviews of what’s happening in all 50 states, because that’s really where you start to see the corporate agenda emerging. One of the things that I saw was that the deepest cuts didn’t correspond to where the budget deficits were the worst. It’s easy to write a law to say, for example, that we’re going to kick 100,000 kids out of Pre-K, like Texas did, but have some trigger for restoring it when state revenues bounce back or unemployment drops. But nobody did that. In fact, a number of states passed or tried to pass things to make those cuts permanent. What this basically says is *let’s take the harshest cuts that had to be made because of the worst recession in 70 years and lock them in.* So Texas, you’ll never get those Pre-K slots back. Or look at Ohio, which eliminated full-day kindergarten and in the same year, voted to phase out the inheritance tax, which only ever affected the richest people in the state. That’s another way of saying that putting more money in the pockets of the richest people in the state is so important to us that we’re willing to pay for it by having half-day instead of full day kindergarten for five year olds. So I started looking at these intentional cutbacks in public services and thinking about what they mean, and how all of this fits together.

EduShyster: Wow—these are exactly the questions that keep me awake in the middle of the night: *What does it all mean and how does it all fit together?* Needless to say I usually fall asleep before I solve the puzzle. I’m curious to hear your take, but please don’t make the analysis so grim that I never sleep again. 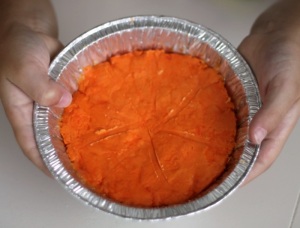 Lafer: I think the direction that the most powerful forces in the country is pushing is a bleak and frankly scary one—that at some level they want us to forget the idea of having a right to a decent public education, which is one of the last remaining entitlements, and make it more like health care, which is increasingly seen as a privilege. What’s being done to schooling is, I think, devastating on its merits. It has ideological implications for lowering expectations for what you have a right to as a citizen or a resident. And it raises big, profound questions: How does your experience in school affect, not just your skill set for employment, but your sense of yourself as a person and what you think you deserve from life? I think that for the real one percent, the big political challenge is *how do we pursue a policy agenda that makes the country ever more unequal and that makes life harder for the vast majority of people without provoking a populist backlash?* One of the ways of doing that is by lowering people’s expectations, and one of the key places to do that is in the school system.

EduShyster: I’ve always thought sleep was overrated anyway… Since we’re already in a dark place, let’s just forge on, shall we? I can’t help but note that some of our reformiest states also seem to be on the cutting edge of trying to shape and limit the content of what kids are taught. Take Jefferson County, Colorado, for example, where school board members proposed a curriculum intended to promote *respect for authority.* Do you see any connection? 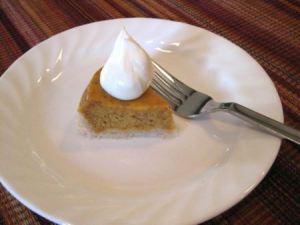 Lafer: I don’t think it’s a coincidence. You have Florida which passed a law that history has to be taught as fact and not interpreted or contested and one of the facts is the value of the free enterprise system. Or take Arizona, which has one of the highest percentages of kids in charter schools, where officials got rid of Chicano studies and passed a law which says basically that you can’t have a class that teaches resentment of one group of people, by which they meant the white ruling class. There’s Indiana where Mitch Daniels personally intervened in an effort to keep teacher preparation programs from teaching Howard Zinn’s People’s History of the United States. A lot of this is very local, which is to say that there’s not some smoke-filled room where powerful people meet to plan all of this. But let’s just say that the last thing that the Walton family wants is for kids in poor cities to be going to, say, the Highlander Center and getting education about the power of collective action or how the civil rights movement started.

EduShyster: I don’t know how much more of this I can take! Anything more positive you can send me back to the wassail bowl with?

Lafer: When people have a chance to vote on specific issues there seems to be very broad support for a better version of education, and I think that’s really hopeful. The best example of this is the 2010 vote in Florida on class size. Florida has class size caps written into its constitution. In 2010 the legislature wanted to raise the cap, but because it’s in the constitution it had to go to the voters. The voters voted 57% against raising the cap during a Tea Party wave election. I tried to do the math to calculate just how many people must have voted for Rick Scott and various conservative legislators, but also voted against raising the cap on class size and I figured that there were about 200,000 people who went to the polls thinking something like: *I hate Democrats, I hate government, I hate taxes, I hate unions, but I want my kids in small classes.* I think the corporate education agenda is broadly really unpopular, and all parent want roughly the same thing. All parents want their child to be taught small classes by a mature adult who will get to know their kid as a person, and understand their strengths and weaknesses and how they need to be supported. And that’s all the more true in poor cities than in wealthier places. I think most parents want their kids to have a broader education than just math and English and they certainly want them to be taught by people and not just a computer program. You know, despite all the things we’ve talked about, there’s tremendous public support for decent education. That gives me hope.

Gordon Lafer is a political economist and is an Associate Professor at the University of Oregon’s Labor Education and Research Center. Send comments and rosy predictions to tips@edushyster.com.