The Answer Sheet: A ‘Broader Bolder’ Approach to Even the Education Playing Field For a number of years, a national campaign called the Broader Bolder Approach to Education has been working to better the conditions that limit many children’s readiness to learn. A project of the nonprofit Economic Policy Institute, Broader Bolder has long recognized that the impact of social and economic disadvantage on many schools and students is profound and can’t be alleviated with academic “accountability” systems. Now, with a new K-12 federal education law taking effect, the campaign is relaunching with new leaders and an expanded mission. Here is a post about what 21st Century school reform should look like to really even the education playing field, as reflected in the Broader Bolder Approach’s new mission. It was written by Elaine Weiss, the program’s national coordinator.

As numerous media outlets – including this one – have noted in recent months, a new education policy trend is gaining momentum. We are starting to say good-bye to the days of “no excuses” and to suggestions that higher standards and greater accountability, alone or mostly so, will fix what ails our schools. In their place, we are seeing increased attention to the importance of nurturing skills far beyond reading and math in schools, to accountability systems focused on supporting existing teachers and growing their skills, rather than weeding out the small minority of weak ones, and to strategies to mitigate what is at the core of ailments plaguing schools, and students: poverty.

In other words, the Broader, Bolder Approach to Education, the education policy campaign that many considered radical at its 2008 launch, has gone from marginal to mainstream. BBA’s mission statement, which helped spawn the term “no excuses” among self-proclaimed reformers who were quick to dismiss the impacts of poverty, now sits at the center of forward-thinking policy agendas. And policies that the campaign has advanced through research, advocacy, and organizing work with a range of allies – investments in high-quality early childhood education, increased access to enriching afterschool and summer activities, and supports for children’s mental and physical health and nutrition –also top the priority lists of local, state, and federal policymakers.

BBA now feels like a core part of a growing movement. The shift from No Child Left Behind (and Race to the Top, which ratcheted up many of NCLB’s provisions) to the Every Student Succeeds Act is perhaps the most prominent illustration of this trend. ESSA claws back some of the most problematic federal accountability requirements, and it emphasizes the need for social and emotional, as well as traditional academic, measures of student success. It also sets aside new money for investments in quality pre-kindergarten and for wraparound supports that help provide disadvantaged students equal opportunities to learn.

That said, ESSA comes nowhere near evening the education playing field, as was the goal of the original Elementary and Secondary Education Act when it was enacted as part of the War on Poverty. ESSA fails to put forth a coherent strategy to address the high levels of poverty, racial and socioeconomic isolation, and linguistic disadvantage that present major barriers to success for millions of American students and the schools serving them. Developing that strategy will be critical to making it possible for states and districts to step up to the plate, as ESSA relies upon them to do.

With its relaunch, BBA establishes the framework for developing those policies. It links four strategies to alleviate out-of-school barriers to success and four others to narrow opportunity gaps within and across schools. It also works to bridge school-community divides that exclude important voices from school reform discussions, neglect critical needs those reforms must address, and leave key assets to enable them on the table.

With respect to enriching children’s out-of-school experiences, a Broader Bolder Approach begins at birth with a system of high-quality early learning, health and nutrition supports for children and their families. These are followed by comprehensive health and wellness and nutrition supports that promote partnerships between schools and other entities to keep all kids healthy, in school, and ready to learn, and by stimulating before- and after-school and summer programs to build on those school year gains and avert so-called summer learning loss.

Complementing these efforts to improve circumstances at home and in their communities are a set of improvements to in-school experiences: equitable funding schemes to help schools compensate for, rather than compound, larger societal inequities;  systems to recruit, retain, support, and continuously improve teachers and leaders, and especially to make serving in our hardest-to-serve schools both meaningful and attractive; holistic accountability systems that buttress those educator supports by identifying needs, and targeting the right supports to students, teachers, classrooms, and schools; and frameworks that ensure transparency and wise management and practices across charter and regular district public schools alike.

Finally, a Broader, Bolder Approach advances policies that increase integration, by both racial and linguistic minority status and social class, and emphasize the importance of community engagement, from the start, to establish school improvement efforts that are effective and sustainable.

BBA’s leadership reflects its evolution and the central role it is poised to play. No billionaires grace the Advisory Board, in recognition of the belief that education policy should be shaped by those who understand from personal experience and rigorous research what works to make classrooms and schools thrive. Rather, it’s a veritable who’s who of education policy heavyweights, including more than a few stellar educators.

Three of the four co-chairs – Pedro Noguera, Paul Reville, and Joshua Starr – began their careers as teachers. Starr went on to lead two large school districts, including Montgomery County, Maryland, and to help design accountability systems in New York City, while Reville served as Massachusetts Secretary of Education in the state’s formative reform years. Noguera, who made the 2016 EduScholar Top 10, directs the UCLA Center for the Study of School Transformation. BBA II is also endorsed by several current and former superintendents, civil rights luminaries, health experts, and faith leaders, among others.

In its first iteration, BBA called much-needed attention to meager progress being produced by policies that relied heavily on student test scores to assess school and teacher quality and improve them. It also documented the dearth of strategies to mitigate poverty’s impacts that would boost teaching and learning and the damage being done as a result.

With poverty rates even higher than at BBA’s inception, and segregation again on the rise, the challenge before us now is to point to examples of communities that are tackling these issues head-on and seeing the benefits. In addition to individual “best practices,” BBA will demonstrate the larger gains produced by combining solid evidence of effective poverty-mitigation strategies with input from communities regarding both their unique needs and the assets they can bring to bear to meet them.

Unfortunately, these communities are still very much the exception. We must begin to build the systems and structures needed to target supports to students, families, and schools, and design policies that help make them the norm.

These are daunting tasks, and getting them right will require patience, new partnerships, and political will. But a campaign that evolved from margins to mainstream in just seven years is clearly the little engine that could. With so much more momentum, for sure we can. 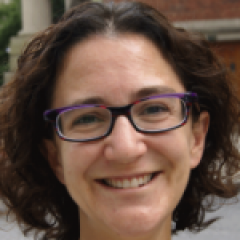 Elaine Weiss is the National Coordinator for the Broader Bolder Approach to Education, where she works with a high-level task force and coalition partners to prom...
Author Profile