UPDATE: Below, I write that no one in the media, so far as I know, has reported on this story. I did the usual Google search and came up with nothing. But over on Facebook, a reader reports:

"Matt Friedman did bring the reports up in his daily Politico NJ briefing on Friday (that is how I knew to look for them), but the link was to premium subscriber content, which is behind a paywall that is too rich for my blood."

I stand corrected, and apologize to Matt Friedman and Politico.

Work in education policy long enough and you'll come to understand that nearly all of the promises of "reformers" aren't worth a bucket of warm spit. For the latest example, let's go to Camden, New Jersey:

Way back in 2012, the New Jersey Legislature enacted, and then Governor Chris Christie signed, the Urban Hope Act. It was going to be the game changer: it would finally show, once and for all, that "successful" charter school operators had the secret sauce needed to radically transform schools in disadvantaged communities like Camden.

What it is: The Urban Hope Act was enacted and signed into law in 2012, opening the way for hybrid charters known as “renaissance schools” to open in three cities: Camden, Trenton, and Newark. Only Camden decided to move on this option and now has three networks approved and opening their first schools this fall.

What it does: The law allows for charter companies to apply to the city to open and build new schools under certain conditions. For one, they are funded at greater rates than traditional charters -- roughly 95 percent of per-pupil costs in the city -- and given incentives to build new facilities. But they also must adhere to the district’s enrollment patterns, drawing from the neighborhood catchments. Unlike traditional charters, each applicant must also be approved by the local board of education. [all emphasis here and below are mine]

That sentence I bolded is the key provision of the act, and a response to charter skeptics (like myself) who have repeatedly noted that New Jersey charter schools do not enroll the same types of students as their hosting public district schools (for starters, see here, here, and here).

The renaissance schools were going to avoid this problem by taking all of the children within their "attendance area." Cream-skimming was going to be impossible; everyone in the neighborhood was going to have access to these schools. The renaissance operators, who are some of the biggest names nationally in charter school management -- KIPP, Uncommon, and Mastery -- would now have to show they could run schools that served all children in the area, not just those who elected to attend.

Again, this was the key provision of the Urban Hope Act; without it, the renaissance schools were simply more charter school expansion, advantaging some children over others.

Well, the NJ Auditor, Stephen Eells, just issued a couple of reports on Camden's schools. And guess what?

Let's go to the full report on Camden's schools (which has some other stunning conclusions that I'll write about later) and break this down:

The report notes that for the 2016-17 school year, Camden implemented a universal enrollment system. The system is not run by the district, but by an autonomous, nonprofit organization. Families rank their choices and oversubscribed schools choose students through a lottery. It's worth noting that not all charters participate, siblings get preferences, and the charters and renaissance schools choose how many seats they wish to offer. In other words, there are already filters built into the system that advantage some students over other when selecting schools.

Yet the Urban Hope Act is very clear about enrollment: if the school is on land owned by the state's Schools Development Authority, everyone within the school's attendance area must be enrolled:

This was the part of the Act its champions were always crowing about: all of the neighborhood kids would get to go to these schools. Of course, these same folks always neglected to mention the next part of the Act:

If there are more students in the attendance area than seats in the renaissance school, the renaissance school shall determine enrollment by a lottery for students residing in the attendance area. In developing and executing its selection process, the nonprofit entity shall not discriminate on the basis of intellectual or athletic ability, measures of achievement or aptitude, status as a handicapped person, proficiency in the English language, or any other basis that would be illegal if used by a school district.

See how this works? The renaissance schools themselves got to determine how many seats they wanted to offer, and if they were over subscribed, they could implement a lottery. The auditor's report explains what happened next:

The current policy could result in a higher concentration of students with actively involved parents or guardians being enrolled in renaissance schools.Their involvement is generally regarded as a key indicator of a student’s academic success, therefore differences in academic outcomes between district and renaissance students may not be a fair comparison.

I have to say it's refreshing to finally find a New Jersey state official who understands something so many self-styled education "experts" don't: Students who enter charter school lotteries are not equivalent to students who don't. Plenty of research backs this up (see the lit review in this paper for a good summary of this research). Combine this with the high attrition rates in many "successful" charters, and the high suspension rates at many more, and you have a system designed to separate students by critical family characteristics that do not show up in student enrollment data.

The report goes into detail about how this all is playing out in Camden:

The report goes on to note that because renaissance schools give priority to students who return grade after grade, kindergarten enrollment is critical. But only 48 percent of renaissance kindergarten students were from the schools' neighborhoods.

It's important to note that the Camden City Public Schools do not have the luxury of setting caps on enrollments, deciding which grades to serve, or not enrolling students who move in after the kindergarten year. Everyone in Camden must get a seat at a CCPS school. But only a lucky subset of students get to attend a renaissance school.

Why does this matter? First of all, the renaissance schools get a whole host of advantages that CCPS schools do not. You'll recall, for example, that the former State Superintendent of CCPS, Paymon Rouhanifard -- hand-picked by Chris Christie -- told Camden residents that the only way to renovate the district's crumbling and dangerous buildings was to turn them over to charter school operators:

(7:52) I'd love to be able to properly address some of the parents' questions here. I want to be helpful. Look, I get that there are anxieties. Guys, for the last three decades, our buildings in this city are falling apart. We haven't had the money to fix them. We don't have the district finances to fix them. Through this partnership, this is our opportunity to do it.

That, as I pointed out in real time, was nonsense -- the state, under Chris Christie, had made a conscious choice to underfund Camden schools' infrastructure needs. Further, the state turned over land where it had promised to build a public district school to KIPP-NJ, a charter operator which had already tried and failed to run a school in Camden.

Then, in 2016, George Norcross III, the Democratic machine boss of South Jersey, set up a fund to give millions more to the renaissance schools. As a story in the Philadelphia Inquirer told us, these schools were supposedly totally different from other charters:

Hybrids of public and charter schools, Renaissance schools are publicly funded but privately operated. Unlike charter schools, they guarantee seats to every child in the school's neighborhood, and they have contracts with the district mandating services like special education. By law, they must operate in new or renovated buildings.

So the state, which has had direct control over the district since 2013 and near-direct control for years before that, starved CCPS while letting favored charter schools thrive. This created a have/have-not situation that the renaissance schools have apparently only made worse.

Again: we were assured this wasn't going to happen. We were told repeatedly that all the kids in a renaissance school's neighborhood would have a seat. Naturally, the Star-Ledger editorial board, purveyors of all things reformy, believed it: "The campus will grow one grade level at a time, serving every kid in the neighborhood — including those learning English, or with special needs."

Well, the data is now in, and the whole thing turned out to be a crock. And if any of those media outlets have reported on the auditor's findings, which came out a couple of weeks ago, I haven't seen it.

Let me finish up with two thoughts. First: those of us cursed with a long memory know this entire thing was planned. Way back in 2012, Chris Cerf, then the acting Education Commissioner, got his good friend Eli Broad to pay for a couple of guys to come in and develop a plan that called for the dissolution of local control of Camden's schools. That would allow the state to close CCPS schools and replace them with charters.

Second: the reason these plans were put into place was that they provided an excuse for failing to fully fund urban schools. Chris Christie ran around the state declaring these schools proved that we could -- in contradiction to a raft of empirical evidence -- radically slash school funding.

Renaissance schools -- like charter schools, and test-based teacher evaluations, and high school graduation exams, and "personalized learning," and private school vouchers, and so on -- are excuses. We use them to justify inadequate funding of schools in disadvantaged communities.  But like all reformy schemes, Camden's renaissance schools are, at best, a tepid response to our serious problems of racism, economic inequality, and inadequate school resources.

More on Camden and the auditor's reports in a bit... 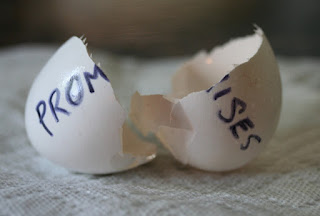