First, let me introduce my first post at “Schools Matter at the Chalk Face.” It’s an enormous compliment to have been invited by Tim and Shaun to contribute to the collective blogging efforts of so many bright, insightful, and dedicated people.

For the last couple of years, I’ve been struggling with whether to start posting regularly about education politics, the Common Core and high-stakes testing on my regular blog, Rational Mathematics Education, or limit myself to the occasional post there about mathematics education (at least for the most part), and leave my random contributions about educational politics to Facebook, various news stories, and other people’s blogs. Then, I got an invitation from Tim to join this site. It hit me as I discussed with him on the phone what I could contribute here that this would be a perfect venue for me to share to perhaps a wider audience the things that had been driving me to rather feverish production in less formal locations. And so, here I am.

I plan to borrow a catchphrase from my other blog to name this one “Float Like A Butterfly, Sting Like an S.O.B.” First, it doesn’t show up on blogspot since they made some annoying formatting changes a couple of years ago. Second, any chance to honor Muhammad Ali is always a welcome one for me. Third, I can’t be sued for stealing from myself. Finally, I’ve long been annoyed by “The Education Gadfly” site, blog, and everything to do with the Thomas Fordham Institute and those who bloviate for it. Why should they be allowed to pretend that they’re some sort of anti-establishment, anti-status quo operation when it’s SO obvious that they are servants of those in power, primarily seeking to disrupt any sort of meaningful, progressive changes to society in general and education in particular?

If you’ve read me before, you know I pride myself on being able to aggravate folks more quickly and thoroughly that a convention of insurance salespeople on amphetamines. A favorite signature quotation of mine is, ‘Friends come and go, but enemies accumulate.’ (I first heard this attributed to Lotfi Zadeh, the father of fuzzy engineering, but subsequently found it attributed to Arthur Bloch (author of several “Murphy’s Law” books), and eventually traced it to Henry Hudson Jones, a sculptor for the U.S. Army’s Institute of Heraldry (go know).

In any event, this is the maiden voyage for Float: I hope that I can keep her sailing as long as there are things worth saying about what’s going on in educational politics and policy-making, to the extent that I can contribute positively. Hope you enjoy the journey.

B.S. On Your Collar (Says Your Argument’s Untrue): Another Common Core Lie Exposed

Here’s one simple way to know that the push behind getting CCSSI implemented and irrevocably in place is grounded in a good deal of malarkey:

First, you have no doubt read more than once that one reason we need nationwide (if not officially “National”) standards – that is, a “common core” of topics that will be taught in each grade level on a nationwide basis – is so that when a child’s family relocates from, say, Michigan to New York, there will be so much continuity between the curriculum in one place and that in the other that the transition for the student will be relatively seamless, and no important topics will be missed. Sound reasonable? (Well, frankly, I think it’s total nonsense for a bunch of simple reasons, but, for the sake of argument, let’s pretend that these folks are serious and that they are right).

If that is such a compelling concern for those who insist on the exigency of national common standards, then riddle me this: by rolling out the standards across K-12 in a single year, as is being done at various points across the states that have adopted the CCSSI, here is something that is absolutely guaranteed to happen to countless children – say a child is entering 5th grade this fall. There are mathematics topics that previously were taught in 5th grade that are now pushed down to 4th grade. (Looking at the totality of the K-12 math content standards, topics are more likely to have been pushed down than up, though a few do get pushed to higher grades). But this child was in 4th grade last year and did not study that topic. It follows that s/he will miss instruction in that topic entirely, because it was lost in the transition from whatever the state had before to the Common Core.

Because this system is so rigid, despite the propagandists trying to assure the public that it is not (all it takes is working closely in high-needs districts with math teachers and curriculum specialists to see that things are being taken as quite absolute when it comes to the Content Standards), many children (and teachers) are going to be caught in multiple “switches” of this sort in mathematics. How, exactly, the brain trust behind CCSSI expects these children to be served to avoid problems because of missed topics is unknown, since the issue is not addressed anywhere that I have seen or heard tell of.

But wait: isn’t this in fact guaranteeing that the very disorientation that was supposed to be avoided for some small subset of children (those whose families move during the school year) will impact virtually every student in K-12 on a national basis? Seems like bad planning on someone’s part. . . doesn’t it?

Could this have been avoided? Of course. Implement the Kindergarten standards in Year 1, then Grade One standards in Year 2, and so on. Virtually no one gets lost in any shuffles. And the HUGE advantage on top of that is that educators get to weigh in a year at a time, adjustments can be made based on feedback, and at the end of the full rollout, we actually have something that might not completely suck. Kind of like Japan and other countries that do have national curricula and texts, but which also have a well-constructed feedback system on a national basis.

But of course, “There’s no time!” When you’re in a rush to get your foot in the door before folks realize what you’re up to, and when you’re eager to start making a fortune, you don’t want to risk that by going slowly, there might be a chance for folks to say, after a year or two, “You know, this isn’t working out. Let’s rethink the whole thing.”

So naturally, despite the “concern” for all those children whose families move, the wise folks at the USDOE and elsewhere have chosen instead to ensure that EVERY child is left behind on one or more mathematics topics for at least one year, possibly more. 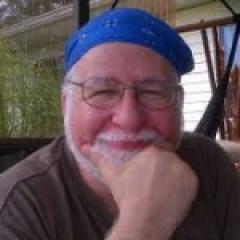