Carol Burris Gets a Telephone Call from Arne Duncan

I was surprised yesterday when I was told that Arne Duncan was on the phone. At first, my secretary and I thought it was a joke, but I recognized his distinctive voice when he asked me if I had the time to talk. Although he never mentioned the open letter to him that I posted on The Answer Sheet, I am certain it was the reason for the call.

We spoke about the evaluation of teachers by test scores, and he listened to my concerns. He recognized the problems inherent in test-score based evaluation systems, especially when year to year comparisons are made. We agreed that evaluation is important. However, the devil is always in the details. He asked me to email him my ideas. I believe it was a sincere offer, and after I think about it, do some research, and speak with wise colleagues, I will.

Secretary Duncan patiently listened when I spoke about the need to racially and socio-economically integrate our schools and classrooms. I told him of the progress that my school made in closing the gap. He acknowledged segregation’s negative impact and told me that the Office of Civil Rights is working to address it. He observed that changing housing patterns is difficult to do. I thought, but regrettably did not say, “There are other ways to approach the problem. It will take multiple strategies, including the really tough ones, if we are to substantially improve our schools.”

Mr. Duncan expressed concern when I spoke about how disheartened and angry teachers in New York feel due to all of the burdensome practices put in place to make tests “teacher cheat proof.” I spoke of how flawed the exams are by which teachers and principals will be judged, and how the new policies are affecting students. It seems that the best interests of students are secondary to the desire to sort and judge teachers by test scores.

I hope that he shares the concern that I heard in his voice with the members of New York’s State Education Department. Certainly many New York State educators have.

I was impressed by how attentive a listener Mr. Duncan was. He kindly listened to a lot of pent up frustration. These have not been easy times for a former No Child Left Behind supporter like me. I used to believe that a focus on disaggregated test scores was the only way to expose the achievement gap and bring equitable reforms for our students. I was naive enough to think that our country would respond by reducing racially isolated schooling, by equalizing resources among districts, by providing better professional development and materials to our teachers, and by making sure that every child in a school could take the best curriculum that a school had to offer.

I thought we would finally see publicly funded preschools, high quality after-school programs and networks among schools and teachers to share and implement our most effective practices. I assumed that schools that served our most at-risk students would be helped, not closed. I feel a sense of utter betrayal along with the gravest of worries as high stakes testing policies not only continue, but are now extended to the evaluation of principals and teachers.

I told Mr. Duncan that I fear Race to the Top will play right into the hands of those who would destroy, not reform, public schooling. I shared my worry that the agenda of some is to replace public schools with vouchers to private schools — similar to the so-called Medicare ‘reform’ of Rep. Paul Ryan. He was firm in his commitment that this would not occur. I believe that he is most sincere in that resolve.

However, when public schools are battered day after day in difficult economic times, unintended consequences can be enormous.

There is so much work to be done to improve our schools. On that point, both Secretary Duncan and public educators agree. I deeply appreciate that he took the time to find me and to call. I can only hope that our conversation made a difference. Time will tell.

Regardless of the outcome, I learned how critical it is that we all enter the dialogue and speak up for what we know is important and true.

We know that those who lobby for charter schools, sell computers to virtual schools, and profit from testing are legion. Those who love public education, respect the role of collective bargaining and believe that society must improve the lives of our neediest children cannot be silent.

That is what the July 30th march in Washington D.C. to Save our Schools is about. Secretary Duncan needs to hear from us all. I do hope that he takes the time on July 30th to listen. Wouldn’t we all love to be hopeful again? 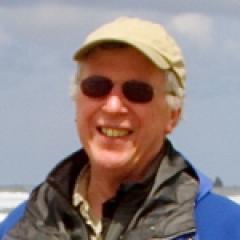 Gregory A. Smith is emeritus professor of education from the Lewis &amp; Clark College Graduate School of Education and Counseling in Portland, Oregon. His work f...
Author Profile
Quick Search
Sign up for NEPC Emails