Yong Zhao: It Must Be Chopsticks: The Less Reported Findings of 2015 TIMSS and Explaining the East Asian Outstanding Performance

TIMSS (Trends in International Mathematics and Science Study) beat PISA by two weeks. It just released its 2015 results. Within hours of the release, Google News has already collected over 10,000 news stories reacting to the results from around the world, some sad, some happy, some envious, and some confused. The biggest news is, however, nothing new: Children in East Asian countries best at maths. They were the best 20 years ago when TIMSS was first introduced in 1995. They were the best in all subsequent cycles. 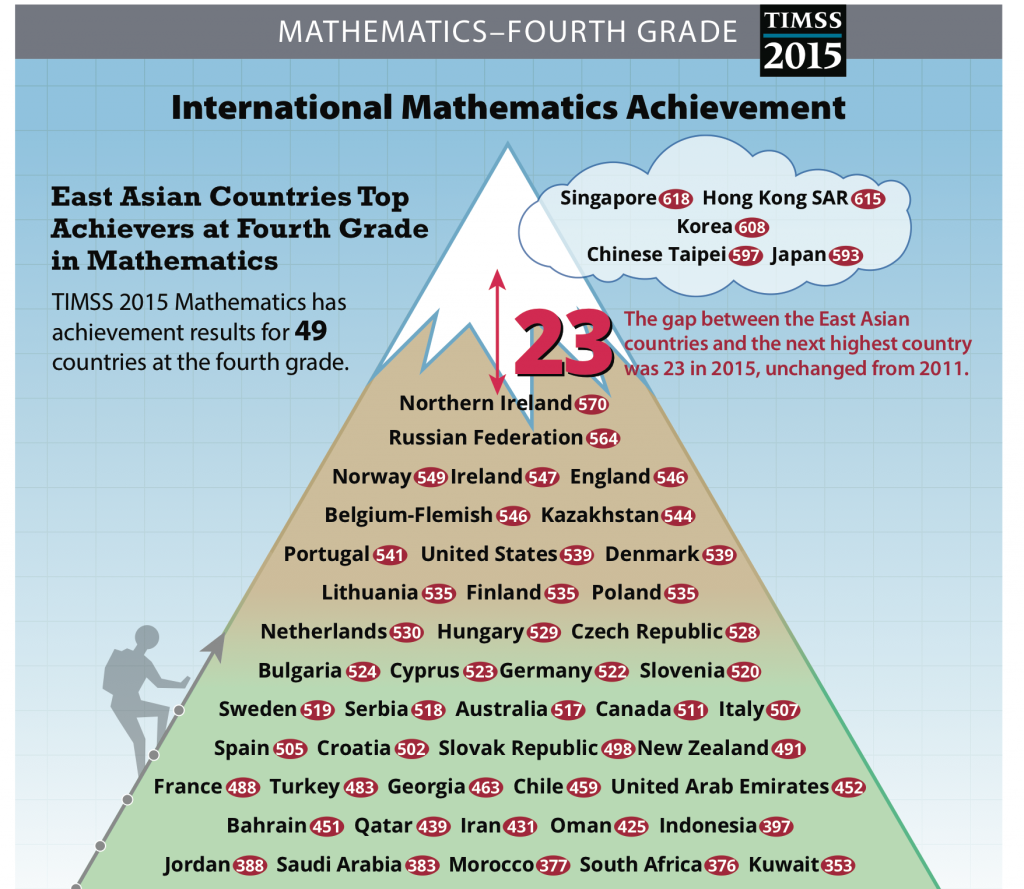 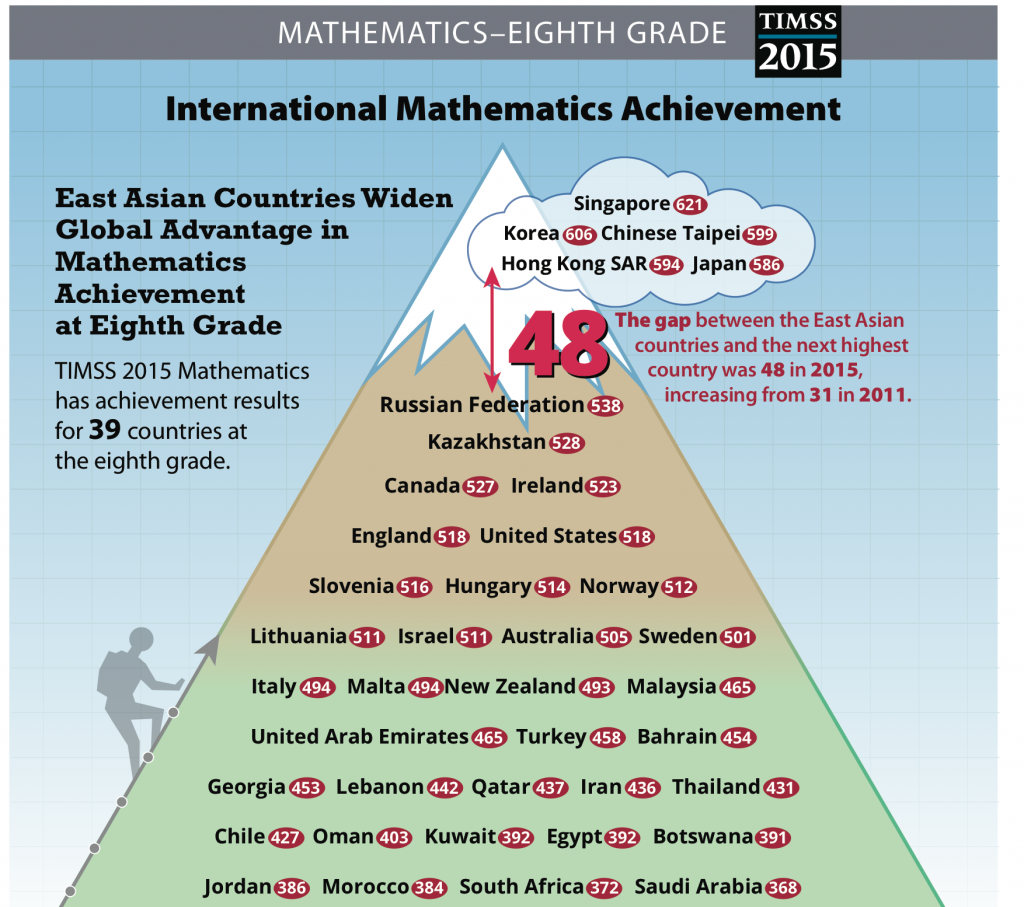 Much of the coverage is about how well the East Asian students performed and conversation will be about what lessons we can draw from the East Asian education systems. Frankly I am not sure what, if anything, can be learned these studies but below are a few observations I have after a quick read of the 2015 math report. These findings are less likely to be covered by the media and talked much by pundits.

10.  East Asian students don’t value math much. Again, four out of the five East Asian education systems are at the absolute bottom of the ranking in terms valuing math. Only 10% of 8th graders in Chinese Taipei, 11% in Japan, 13% in Korea, and 19% in Hong Kong “strongly value mathematics.” The percentage for Singapore is 34%, way below the international average of 42%. The U.S. is above the international average with 44%.

The bottom line and the big question:

So compared with most of the students participated in the TIMMS 2015 study, they have less engaging math lessons, they spend less time studying math in schools, they like math or value math less, and they are less confident in math, how did the East Asian students achieve the best scores?

The answer may lie outside schools. To me, the answer has to be chopsticks, something common to all these East Asian students interact with on a daily basis. To improve math scores, we should all begin using chopsticks.