Answer Sheet: What Research Really Says About Closing Schools - And Why It's a Bad Idea for Kids

The Chicago Board of Education is voting Wednesday on whether to close four South Side high schools and one elementary school and build a new $85 million high school — despite fierce opposition from the community and education activities.

Five years ago, Chicago officials closed nearly 50 public schools in a move that drew widespread protests from the community. Community members are angry again at the prospect of new closures, saying the plan will hurt black students from low-income families — who will be sent to other schools — while the newly built school will primarily benefit white students.

Here is a piece by Michelle Renée Valladares, associate director of the National Education Policy Institute at the University of Colorado at Boulder, about why closing schools is not the answer to low student performance.

I’ve never met Irene Robinson in person, but after watching her graciously and candidly share the story of the closing of her grandchildren’s Washington Park elementary school in the new mini-documentary, “Kings and Queens,” I am left with the feeling that I’ve known her for years.

In 2013, members of the Chicago Board of Education approved the closing of 50 elementary schools. Despite weeks of protests by teachers, parents and community members, 46,000 students, mostly African American, saw their schools closed in the largest mass closing of neighborhood schools in U.S. history.

At the time, Chicago Mayor Rahm Emanuel explained the decision as a money-saving measure and promised that residents like Ms. Irene would have a say in turning the former schools into facilities that would benefit the surrounding neighborhoods.

Today, two-thirds of those buildings remain vacant and there are no standards for community involvement in determining their reuse.

As Chicago Public School board members — who will vote on new school closures — listen to the stories of families like the Robinsons, I hope that they take time to understand that these stories align with the vast amount of research that documents the damage school closings do to children and to communities. As a scholar at the National Education Policy Center, I can confirm that Robinson’s story is one I and other researchers have heard over and over.

In 2017, three of my colleagues at the National Education Policy Center (NEPC) examined the research on school closings. Many studies, they found, confirm that closing schools in the name of improving student achievement is a “high-risk/low-gain strategy” that fails to increase students’ achievement or their overall well-being.

Irene, a leader with the Journey For Justice Alliance and the Kenwood Oakland Community Organization, explains why. For years, Chicago Public Schools systematically starved her local school of vital resources: teachers, learning programs and even basic maintenance. Then, when student test scores did not improve in these harsh conditions, officials used those low test scores and unkempt facilities to justify closing her local school, Overton Elementary.

Irene tells us that her grandchildren felt responsible for the closure. She tells us that they asked repeatedly whether district leaders thought that they were “too dumb” to attend their own school. To add insult to injury, Irene explains that when Overton was closed, the students were assigned to two equally underfunded schools that quickly became overcrowded.

Research explains that this experience is not unique. The same NEPC study found that students struggle academically, socially and emotionally after their school is closed. It is also, unfortunately, common that students from closed schools are not able to access well-resourced, high-quality schools in their district. And the evidence is clear that school closures disproportionately impact low-income communities and communities of color.

Fortunately, research also provides proactive solutions. We should engage community members and families in developing and implementing strategies for improving their schools. We should surround struggling schools with the resources and wraparound supports they need, rather than close them. And we should incorporate many more indicators other than just test scores to understand schools’ effectiveness and where they need assistance. These are just a few of the steps Chicago Public Schools officials can take to address the challenges their schools face.

What Chicago and the nation lack are not evidenced-based solutions or experts like Irene Robinson to inform them. What we collectively lack is the will to implement these long-term proven solutions. The solutions are not quick, and they are not free — but they do work.

Again, it is my sincere hope that the leaders of Chicago Public Schools will study what works, learn from it and be brave enough to act accordingly. 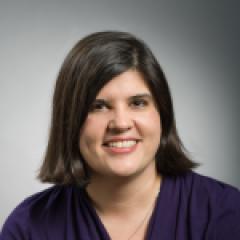 Michelle Renée Valladares is Associate Director of the National Education Policy Center and Faculty Affiliate of the CU Boulder School of Education. She leads and...
Author Profile
Quick Search
Sign up for NEPC Emails