I know what you are thinking.

In Arizona, they aren't called the Common Core Standards, they are called the Arizona College and Career Readiness Standards (ACCRS).  The name change was part of an effort to disconnect the standards from conspiracy theories about a United Nations takeover and even a supposed Hitler-esque indoctrination model.  Apparently a name change is enough to appease some, and distract others, even though "a rose by any other name would smell as sweet."

To those people: I would like to announce that I am now "David Beckham."

As I've written about before, there are very legitimate concerns surrounding Common Core, but from an educator's perspective, many are directly linked to implementation and execution questions.  These would include a lack of teacher training, appropriate benchmarking, and a "hard start" with a new assessment when students have only one year of Common Core infused instruction.   And, these are standards that are built upon conceptual and sequential learning that takes years to scaffold.

Next year's testable students will not have that foundation of learning, and what experiences they have accumulated will have been facilitated by teachers who were doing their best with limited professional development.

Sounds like a recipe for success.  Now, let me highlight one more concerning variable.

Invariably, the discount test will remove the most sophisticated measurement components, and replace them with the simplest.  It will isolate small components of the curriculum and eliminate others.  Could this work?  Potentially.  I might be able to better predict how we will do next year, but we have yet to choose Arizona's assessment, and a decision isn't expected until the fall.

Essentially, we'll be choosing the cheapest possible assessment at the last possible minute.

Keep you eyes on this issue, it will be attention well appropriated.

Then again, what do I know?  I'm just an international-playboy-model-soccer star. 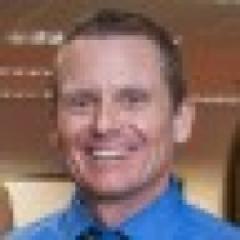 Mike Lee is a National Board Certified Teacher with a background teaching first and sixth grade. He is currently the principal at a north Scottsdale elementary sc...
Author Profile
Quick Search
Sign up for NEPC Emails