At the Chalk Face: Common Core Unrest Obvious in 17 States

Proponents of the Common Core State Standards (CCSS) are fond of saying that CCSS “has been adopted by 45 states and the District of Columbia.” However, it seems that they refuse to mention the CCSS resistance that has found its way into state offices–often resulting in formal hearings.

Below I offer the latest in CCSS unrest from 17 states, compliments of my esteemed fellow teacher, Vicky Johnston. Each of the following CCSS, “state of the states” articles is from September-November 2013, thereby representing fresh unrest.

For each state, I include an excerpt from the linked article. Follow the link for additional details.

Over one-third of the states whose governors and state superintendents signed the CCSS Memorandum of Understanding as part of US Department of Education Race to the Top (RTTT) funding are now percolating with CCSS misgivings.

That is what happens with top-down reform.  The “bottom”– those directly affected by the “top’s” decisions– eventually seethe.

Consider the excerpts below as a “catalogue of seething.”

The Alabama state school board on Thursday voted to rescind a 2009 agreement that “commits states to a state-led process” that leads to adoption of the Common Core.

But the vote to rescind drew funny alliances, as the supporters of Common Core were the ones pushing to rescind the old commitment.

The Alabama school board members who have been critical of the controversial national standards called the vote a ruse designed to “make it appear the board has done something to correct the Common Core disaster.”

In the end, the vote passed, and the agreement was rescinded. The move was offered as an assurance that only Alabama educators will control Alabama’s curriculum. But Alabama standards remain unchanged, and those align with Common Core.

Florida’s public school superintendents on Tuesday asked for a three-year “pause” before the state fully implements the Common Core education standards in every kindergarten through high school classroom in the state.

Volusia County School Superintendent Margaret Smith told the state Board of Education, meeting in Gainesville, that the state’s 67 school superintendents strongly support the Common Core standards but think the districts need more time to adequately prepare to teach the new standards as well as use a still-developing test to measure student performance.

Sen. William Ligon, R-Brunswick, has earned numerous followers both in the General Assembly and in grassroots groups for his leadership in opposition. He intends to push anew his bill to force Georgia’s complete withdrawal from Common Core.

That’s despite Gov. Nathan Deal’s executive orders to prevent the sharing of student data with entities outside the state and to develop the state’s own student assessments rather than the expensive, computerized exams offered through the national program. It’s also mindful of Deal’s request that the state Board of Education conduct its own review of the standards.

House Speaker Brian Bosma called the fight over nationally-crafted education standards known as the Common Core a “distraction” and says it’s time for Indiana to develop its own expectations for students.

Iowa Governor Terry Branstad signed an executive order on Wednesday rejecting federal intrusion into the state’s education system. The order, Number 83, declares that the state, “not the federal government of any other organization, shall determine the content of Iowa’s state academic standards”.

The order also states that school districts may also choose to use additional assessments to measure student progress.

Gov. Sam Brownback is in the process of researching Kansas’ mathematics and English standards.

Asked whether the state should retain or drop the Common Core standards adopted by Kansas in 2010, the governor told The Topeka Capital-Journal in an interview Thursday he is examining the matter.

“We’re researching and looking at that now,” Brownback said.

Kentucky has often been hailed as the exemplar of implementation of the Common Core State Standards, from its handling of new classroom practices to the way it’s massaged the public perception of lower standardized test scores. But a couple of developments over the last week might give Bluegrass champions of the common core, and friends of the standards in general, some pause about the standards.

The first potential kink is a relatively straightforward one: A political activist, David Adams, has filed a lawsuit challenging the legality of the common core in Kentucky. What’s his argument? He essentially says that the Kentucky Legislature has failed to fulfill its obligation under the state constitution to ensure an “efficient system of common schools” and to make sure those schools are operated “without waste, duplication, mismanagement or political influence.” The Kentucky state school board officially adopted the standards in June 2010. But because state officials and others announced that they would be adopting the standards before they were finalized, Adams told me, they not only jumped the gun, but also crossed the line into some form of mismanagement or malign political influence.

Louisiana State Superintendent of Education John White announced Thursday the state would be delaying how students, teachers and schools are held accountable under the Common Core State Standards and related testing for at least two years.

He also said the state would be shifting to a “a long-term, 10-year view of what our education system can accomplish with these standards.” The announcement came after months of pressure from parents, teachers and political groups urging the state to delay or drop the standards all together.

[Maine Governor] LePage’s effort to distance himself from Common Core was evident last week, when he disavowed support for the standards and, in a separate move, issued an executive order saying the state would not divulge personal student information to the federal government.

The governor’s statements seemed aimed at his supporters on the right, who were crucial in lifting him to the Blaine House in 2010. But those statements won’t endear him to business interests, which have emerged as strong backers of Common Core.

Many [teachers and parents], they (MD senators) said [to MD Superintendent Lowery], complained about how the state is simultaneously implementing three big programs: a new testing system, new ways to evaluate teachers and a more rigorous set of education standards known as the Common Core. …

Lowery responded that the state has already sought ways to slow down the reforms, delaying when the new teacher evaluation system tied to student achievement takes effect and when new tests will be used to measure the state’s education system. …

“This is one of the worst program implementations I have ever seen, in terms of educating parents and families,” Sen. Ed Reilly, an Anne Arundel County Republican, said to Lowery and other top state education officials. “Public relations is part of your job — all of your jobs — and it’s been done very poorly.”

Other senators warned that missteps and disruptions could jeopardize Maryland’s coveted ranking by Education Week as having the best schools in the nation.

This week, the Massachusetts Board of Education voted to slow the transition to Common Core.

The board decided to delay implementation for two years while it compares the Common Core aligned Partnership for Assessment of Readiness for College and Careers (PARCC) tests to their existing—and widely praised—Massachusetts Comprehensive Assessment System (MCAS) exam.

Commissioner Mitchell Chester, who also chairs the governing board for the PARCC consortium, says that adopting the Common Core by the 2014–2015 deadline would cause Massachusetts “too precipitous a transition.”

Even as teachers move forward with implementing the Common Core in their classrooms, there continues to be resistance to the controversial new educational standards. …

There are at least six bill requests dealing with the Common Core that lawmakers have filed for 2014. They range from completely terminating state participation in the Common Core to delaying the implementation of the Smarter Balanced Assessment.

Twelve Republican state senators asked Education Commissioner Chris Cerf on Tuesday for more details on the Common Core, a new set of guidelines for what students should learn in math and language arts in every grade.

In a letter released by Sen. Joe Pennacchio, R-Morris, the group asked Cerf to explain the rationale behind the guidelines, their cost, the method for tracking student performance and the assurance of privacy for student data. Pennacchio said he was not hostile to the Common Core but sought answers to questions that parents and teachers have asked.

A group of eight prominent school principals from around New York State have drafted a letter to parents expressing their deep concerns about the validity of new Common Core-aligned standardized tests that  state education officials are giving to students in grades three through eight — and in just a few weeks more than 530 other principals and nearly 3,000 parents and teachers have signed in support.

Members of the Ohio House of Representatives’ Committee on  Education pored over hours’ worth of written and oral testimony, mostly from  opponents to the national standards known as Common Core. COLUMBUS, Ohio — A bill that would exclude Ohio from impending  national education standards received a second hearing Wednesday before a  gallery of vocal critics that filled a hearing and overflow rooms at the  statehouse.

Members of the Ohio House of  Representatives’ Committee on Education pored over hours’ worth of written and  oral testimony, mostly from opponents to the national standards known as Common  Core, asserting the most recent federal directives on education are both  substandard and too intrusive to students’ personal information.

Parents, teachers and legislators are voicing their concerns over a set of public education principles known as common core state standards.

A legislative hearing on common core was held Tuesday before a House committee. There is growing opposition, especially among some conservative House legislators, to the standards that were approved in 2010 and are now being implemented by Oklahoma school districts. …

Some opponents claim the standards are a federal intrusion into the state’s public education system.

House Speaker T.W. Shannon introduced a bill earlier this year to repeal the standards, but Republicans leaders in the Senate and Gov. Mary Fallin say they support common core.

And as a local control state, school districts in Wisconsin technically wouldn’t have to adopt the standards, or could drop them altogether. That’s unlikely, however, because schools are still required to take annual state assessments. Starting next year, Wisconsin will switch to new computer-based standardized tests that are aligned to the Common Core. The ACT college and career exams, which will be required for high schoolers starting next year, will also be Common Core-based.

The Truth About Being “State Led”

The CCSS Memorandum of Understanding for federal, RTTT funding requires states to contractually agree to be “state led.”

Such irony: The federal government “requiring” states to be “state led” as part of a federal contract.

In critically reconsidering their agreements to abide by CCSS and its related RTTT high-stakes assessment and data collection requirements, it seems that a number of “CCSS” states are attempting to do exactly that– reinforcing the right of states to listen to the concerns of their citizens and subsequently adjust their own education systems.

Note: If I missed any CCSS unrest in other states, please add info in the comments section of this post.  Thank you. 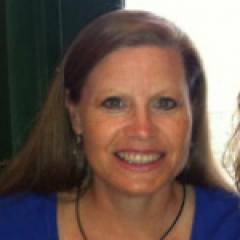