Today’s InterACT guest blog post was written by Chris Miraglia, an intermediate school US history teacher from Santa Ana USD.  A frequent commenter at this blog, Chris also writes at his own blog and is active on Twitter. He wrote this post as a follow-up to his comment on a prior InterACT blog post, Common Core Presentations and Omissions.

As California schools approach the implementation of the Common Core, I  wonder how much thought has been put into the actual testing and logistical components associated with the instruction piece.  The state has partnered with the Smarter Balanced Assessment Consortium (SBAC) as the provider of standardized student assessments, and some districts’ schools have recently finished piloting the English Language Arts and Mathematics components of the test.  My site was one of those selected for piloting the assessment, and while I was not directly involved with the testing, let me share some of my observations and concerns about the CCSS testing and implementation.

First let me say that I agree with some of the basic principles behind the Common Core, in that our students will be challenged with a more rigorous curriculum, and that although I am not proponent of testing, the type of tests that are utilized under the Common Core are much improved compared to the NCLB assessments. Secondly, I clearly understand the need to pilot and have reviewed the process as outlined by the California Department of Education. However, I am concerned about the amount of testing that will take place.

If one reviews the CDE’s SBAC Frequently Asked Question site, they will see that not only are there plans for the summative assessment, but also for formative assessments.  What type of effect will this have on school sites and students?  At my site, each round of pilot testing took two weeks, as the four Language Arts teachers cycled through the two computer labs at scheduled times, and later the 7th grade Math teachers continued the testing for another two weeks.  All in all, two labs were occupied for a month because of testing.  Mind you this was only for 7th and 8th grade students in Language Arts, and only 7th grade in Math.  If we add in the 6th graders and also include the remaining assessments for 7th and 8th graders, how much time will be consumed for testing at the expense of losing computer lab access for students and teachers? Fortunately we have three labs, but what is to be done with sites that are less fortunate?  Moreover, when our state has still not recovered from the slash and burn mentality of education funding, where will monies be found to upgrade old technology and provide total access to students for the SBAC testing? One of the FAQs on the SBAC site asks “How will we get the infrastructure/technology ready for the proposed assessments?”  The response does not indicate how districts will carry this out or pay for such implementation.

Among the teachers who monitored the pilot testing, some basic testing concerns were voiced.  These ranged on how to train the students on how to use the computer functions such as using a mouse to highlight or select items, and how to navigate through the menus. We have to remember that many of our students don’t even use computers anymore, but prefer to complete school related tasks on their cell phones, iPods or tablets. By the time implementation takes place in 2014-15 school year, how many more students will not even know how operate a computer’s essential functions?

What about the students? A whole generation of students has been subjected to the incessant testing mentality that consumes our schools; is CCSS testing a change?  I think of my  8th grade students who were part of the pilot testing for a week in March, and who will return from Spring vacation to only take another full week of CST testing in May. How do they see their educational experience? Has anyone asked them what it is like to take so many standardized tests on top of the 80 or so Common Assessments and district benchmarks that are administered to 8th graders during the school year?  So what will change?  Based on what I have read, and heard from district higher-ups, there will be more testing once the Common Core is implemented.

Let’s talk about the costs, apart from technology, to implement the Common Core.  As a teacher who has undergone at least 20 hours of training, I have been overwhelmed with massive amounts of handouts.  On top of this I have thought about the fact that much of the Common Core teaching strategies such as close reading and the use of complex text incorporate reading and require students to underline, highlight, and markup text in order to better access the content. I am a proponent of those teaching strategies, but with a course load of seven classes and a cumulative total of approximately 240 students, I’ve calculated that I would would burn through two reams of paper weekly. I wonder if anyone has a contingency plan for the increased costs of basic supplies like paper required to fulfill these instructional methods.

Finally, I have put much thought into how districts who insist on utilizing student test data plan to evaluate teachers.  Once the Common Core is implemented, it is quite conceivable that test scores will appear quite low, since the assessments and content are new to the students and teachers. Are districts actually preparing to evaluate teachers based on these tests from the start?

These concerns are being echoed throughout the state by those of us on the front lines. Is anyone listening? 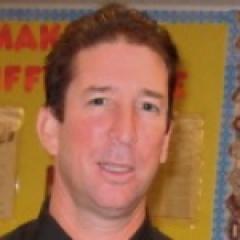