This has been over a decade in the making. In 2000 Business Week listed the companies benefiting from the new boon in online education stating, “Dozens of new companies are springing up to serve the emerging K-12 market for digital learning. Investors have poured nearly $1 billion into these companies since the beginning of 1999, estimates Merrill Lynch.”

One element which states, “Advancement: Students progress based on demonstrated competency.”

Tom Vander Ark was the first business executive to serve as a public school superintendent and was the first executive director for education at the Bill & Melinda Gates Foundation. Mr. Vander Ark is chairman of the Board of Directors for iNACOL, the International Association for K-12 Online Learning. Here is his blog.

Bob Wise and Jeb Bush along with Bill Gates were central to the development of the Common Core State Standards. These standards are an integral part of the new online competency based network.

According to Talmage: “A paper produced by the Gates Foundation describing current investments related to Common Core has a section titled ‘Proficiency-Based Pathways.’ ” The report states that “conditions are ripe for creating personalized learning opportunities beyond school—in an anytime, anywhere fashion,” and that “we believe it’s possible with the convergence of the Common Core State Standards, the work on new standards-based assessments, the development of new data systems, and the rapid growth of technology-enabled learning experiences.”

According to a promotional flyer created by the Bill and Melinda Gates Foundation:

“Education leaders have long talked about setting rigorous standards and allowing students more or less time as needed to demonstrate mastery of subjects and skills. This has been more a promise than a reality, but we believe it’s possible with the convergence of the Common Core State Standards, the work on new standards-based assessments, the development of new data systems, and the rapid growth of technology-enabled learning experiences.”

In 2010, the Foundation for Excellence in Education convened the Digital Learning Council, a diverse group of more than 100 leaders in education, government, philanthropy, business, technology and members of policy think tanks led by Co Chairmen Jeb Bush, and Bob Wise.  The 10 Elements of High-Quality Digital Learning were released at this 2010 National Summit on Education Reform. It’s an ALEC model-endorsed comprehensive framework of state-level policies and actions “designed to advance the meaningful and thoughtful integration of technology into K12 public education.”

Read the full list of members and advisors (I am sure you will recognize quite a few of these names central to the ed reform playbook—hint: yes, Gates is in there). This policy is further promoted by International Association for K12 Online Learning (iNACOL) in their website statement:

“Digital Learning Now’s Roadmap For Reform provides lawmakers, Governors, and policymakers with tangible steps to transform education into a model for the world, a system where every student graduates from high school with the skills and knowledge to succeed in college and careers.”

Also  the vice chair of board of directors is Mickey Ravenaugh, Executive Vice President of Connections Learning. Notably she is the former co-chair of the Education Task Force for ALEC.

Also remember Tom Vanderark, proclaimed architect of this bill, is also on the board of directors. He uses his blog for self promotional webinars and posts.

“In Maine, we are witnessing this very experiment take place in our schools in the form of proficiency-based learning. The Nellie Mae report writes, ‘Schools and districts are developing increasingly mature competency-based pathways and approaches that others can study and potentially replicate.’ States that have not adopted proficiency-based learning will look in the future to data gathered from students and schools in Maine when deciding whether or not to adopt similar legislation to LD 1422.”

“This legislation creates a statewide program that provides high school students with access to online learning options regardless of where the student lives. The options are designed to be high quality and allow for maximized learning potential by focusing on student mastery of subjects at their own pace and own time, instead of the traditional seat-time learning requirements.”

You can see now why Lamar Alexander’s reauthorization of ESEA promoted a return to the states for decision making about assessment. It’s not the tests. It’s the online ed tech corporations that can now deliver state-wide curriculum and instruction. The ESEA reauth says states would be “responsible for establishing a single statewide accountability system which differentiates between schools based on student achievement, and would determine specific interventions for identified schools.  The bill does not list specific strategies or requirements that must be used for these interventions.”

But the ALEC bills make clear what strategies will be used. The ALEC Statewide Online Act bill states: “The Statewide Online Education Program is designated as a program of the public education system.” Let’s review the beginning here: The 10 Elements of High-Quality Digital Learning for K-12 is “a comprehensive framework of state-level policies and actions designed to advance the meaningful and thoughtful integration of technology into K12 public education.”

This is a timely piece of model legislation given Lamar Alexander’s reauthorization of ESEA giving states control over curriculum and assessment. While I am an advocate of the elimination of federally mandated testing and the opt out movement, we should have known better than to trust Senator Alexander. One of the things this bill does is: “It lets states develop accountability systems – restoring to states the responsibility for determining how to use federally required tests for accountability purposes. States will also be permitted to include other measures of student and school performance in their accountability systems in order to provide teachers, parents, and other stakeholders with a more accurate determination of school performance.”

In addition to opening the flood gates to charter schools (aka online edu tech companies) “This bill affirms a State’s responsibility to identify and eliminate barriers to the coordination and integration of programs, initiatives, and funding streams, and provide technical assistance and training in order to disseminate best practices.”

Heck, even Microsoft is applauding the bill! (hashtag- not shocked). http://blogs.microsoft.com/on-the-issues/2015/07/17/every-child-achieves-act-will-improve-access-to-k-12-stem-learning-nationwide/

See this link for “iNACOL Statement on Support for Competency Education in Senate ESEA Reauthorization Discussion” in which they state:

“The International Association for K-12 Online Learning (iNACOL) applauds Chairman Lamar Alexander for taking the first step to reauthorize the Elementary and Secondary Education Act (ESEA) by releasing a discussion draft that includes encouraging elements for supporting next generation accountability systems …and establish the option to implement competency-based systems of assessments.” http://www.bizjournals.com/prnewswire/press_releases/2015/01/15/DC08771

Oh, did I mention that iNACOL is a member of ALEC?

Did we REALLY ever believe that handing testing and assessment back to the states was going to be a “win” for the opt out movement knowing who was behind the scenes crafting the legislation?

iNACOL proclaims: “A key challenge for Congress will be ensuring that a reauthorization of ESEA increases equity in our K-12 education system while rethinking how assessments and accountability systems are structured. iNACOL looks forward to working with Chairman Alexander on an ESEA reauthorization that begins a transformation of our education system to student centered learning.”

We have gone from the frying pan into the fire. So light it up. 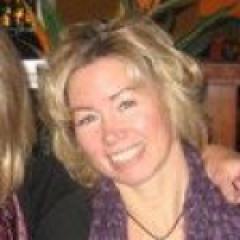 Morna McDermott McNulty is an Associate Professor at Towson University, where she teaches various theory and methods courses in the College of Education. Her scho...
Author Profile
Quick Search
Sign up for NEPC Emails