CORRECTION: A New Generation of Mendacity

I swear, folks, I could do this 24/7, and I would still never be able to keep up with all of the mendacity:

I’m a teacher and a union member — and a member of the new majority. Not long after the Chicago teachers strike ended, I had dinner with lifelong Democrats. Instead of support for a revitalized union movement or sympathy for the plight of teachers, the conversation included such comments as: “The last thing teachers unions think about are students,” “Teachers unions haven’t addressed teacher-quality issues, especially with the weakest teachers” and “Teachers unions have to start focusing on something other than pay and tenure.”

Dude, maybe you should have turned to your dinner companions and explained to them that the Chicago strike was not about "pay and tenure"! The CTU and CPS were actually very close on salary before the strike. And tenure was not an issue, as tenure is written into state law. The primary issues in Chicago were merit pay, using tests scores to evaluate teachers, and student learning conditions. It is deceptive to conflate the primary issues of the CTU's strike with "pay and tenure."

The thrust of this piece is to argue that old, burned out teachers (like me, I guess) are in command of the unions, which are keeping young, awesome teachers (like the author, Michael Stryer, I'm presuming) from spreading their awesomeness around the entire public education system.

Apparently, a sign of this new, hip, awesome unionism is the embrace of standardized test scores to evaluate teachers. Never mind the error rates are so high as to make using this method meaningless - even when judging the "Irreplaceables" who are supposed to be so awesome that they will shine no matter what. I guess it's supposed to be an improvement for teachers unions when they accept junk science; veteran teachers are just too wedded to "research" and "facts" and junk like that.

Stryer also points to Montgomery County's PAR program as a case of a "new generation" of union members shaking things up. Too bad he appears to have no idea of how PAR actually works:

The Montgomery County Public Schools system here has a highly regarded program for evaluating teachers, providing them extra support if they are performing poorly and getting rid of those who do not improve.
The program, Peer Assistance and Review — known as PAR — uses several hundred senior teachers to mentor both newcomers and struggling veterans. If the mentoring does not work, the PAR panel — made up of eight teachers and eight principals — can vote to fire the teacher. [emphasis mine]

Another of Stryer's signs of a generational shift in teachers unions is the contract recently approved in Newark - a contract negotiated by a 65 year-old man who has been president of the teachers union since the 1970's 1995*.

It seems Stryer could use a little history lesson in unionism. Here's his byline:

The writer, who is on leave as a high school teacher in Los Angeles, is a member of United Teachers Los Angeles and executive director of Teachers for a New Unionism.

TNU is actively encouraging like-minded teachers to take on leadership roles in their unions. I know this will come as a shock, but they are not exactly a grassroots organization:

Future Is Now is grateful for the support from philanthropic organizations dedicated to the amplification of teacher voice in the development of K-12 educational policy. Our supporters include the Ford Foundation, the Bill & Melinda Gates Foundation, the Moriah Fund and individual donors like you. [emphasis mine]

The Gateses! What are the odds?! Looks like TNU picked up a cool half-a-mil from Gates to spread dissension among the ranks of the unions. All so we can use test scores to evaluate teachers. Even as Gates himself backs away from the idea.

The democratic system is at the heart of our unions’ governance. The majority of teachers believe that student achievement comes first. It’s only a matter of time until all teachers unions reflect that belief — and ardently work to support it.

Well, I do have to admit this: it certainly appears that TNU is making teachers unions more like the American political system. Wealthy plutocrats will soon be backing candidates for local presidents the same way they pay to elect politicians.

I'd love to hear Stryer explain how that puts student achievement first. 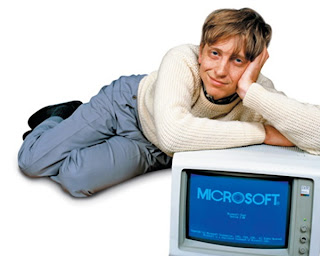 Hey, how'd you like to be the next president of your local? I can make that happen, you know...

* My mistake. Tom Moran's profile talks about Joe Del Grosso's involvement in the NTU since 1970, but he didn't actually take over until 1995. But the point stands: he's hardly a "new generation" of labor leader if he's been in the job 17 years.