Our guest author today is Dan Ariely, James B Duke Professor of Psychology and Behavioral Economics at Duke University, and author of the book The Honest Truth About Dishonesty (published by Harper Collins in June 2012).

A recent article in The Chronicle of Higher Education suggests that students cheat more in online than in face-to-face classes. The article tells the story of Bob Smith (not his real name, obviously), who was a student in an online science course.  Bob logged in once a week for half an hour in order to take a quiz. He didn’t read a word of his textbook, didn’t participate in discussions, and still he got an A. Bob pulled this off, he explained, with the help of a collaborative cheating effort. Interestingly, Bob is enrolled at a public university in the U.S., and claims to work diligently in all his other (classroom) courses. He doesn’t cheat in those courses, he explains, but with a busy work and school schedule, the easy A is too tempting to pass up.

Bob’s online cheating methods deserve some attention. He is representative of a population of students that have striven to keep up with their instructor’s efforts to prevent cheating online. The tests were designed in a way that made cheating more difficult, including limited time to take the test, and randomized questions from a large test bank (so that no two students took the exact same test).

But the design of the test had two potential flaws: first, students were informed in real time whether their answers were right or wrong; second, they could take the test anytime they wanted. Bob and several friends devised a system to exploit these weaknesses. They took the test one at a time, and posted the questions along with the correct answers in a shared Google document as they went. None of them studied, so the first one or two students often bombed the test, but students who took the test later did quite well.

When we hear such stories of online cheating, the reasons for this behavior seem rather simple: It doesn’t take a criminal mastermind to come up with ways to cheat on a test when there’s no supervision and the entire Internet is at hand. Gone are the quaint days of minutely lettered cheat sheets, formulas written on the underside of baseball cap bills, sweat-smeared key words on students’ palms. Now it’s just a student sitting alone at home, looking up answers online and simply filling them in.

While we can probably all agree that cheating in online courses is easier to pull off than in a physical classroom, I suspect that this simple intuition is far from the whole story, and that e-cheating is more than just a increased ease of getting away with it.

When my colleagues and I have examined the effects of being caught on dishonesty, we found that, by and large, changing the probability of being caught doesn’t really alter the level of dishonesty. In one of our experiments we asked two Master’s students at Ben-Gurion University of the Negev named Eynav, who is blind, and Tali, who has normal sight, to take a cab back and fourth between the train station and the university twenty times. We chose this route for a particular reason: if the driver activates the meter, the fare comes out to around $7 (25 NIS). However, there is a customary rate on this route that costs around $5.50 (20 NIS), if the meter is not activated. Both Eynav and Tali asked to have the meter activated every time they caught a cab, regardless of whether the drivers informed them of the cheaper customary rate. At the end of the ride, the women would pay the fare, wait a few minutes, then take another cab back to where they started.

What we found was that Tali was charged more than Eynav, despite the fact that they both insisted on paying by the meter. Eynav quickly supplied us with the explanation behind this curious phenomenon. “I heard the cab drivers activate the meter when I asked them to,” she told us, “but before we reached our final destination, I heard many of them turn the meter off so that the fare ended up close to 20 NIS.” This never happened to Tali. What’s more, other experiments with undergraduates and people selling produce at a market yielded similar outcomes. What these results suggest is that simply making the situation such that people cannot get caught does not automatically leads to higher levels of dishonesty.

So if it’s not necessarily the fear of getting caught, what might the reasons for increased cheating be? Based on our research, I would propose that the primary reason is the increased psychological distance between the dishonest act and its significance, and between teacher and student. The difference a little distance can make is rather impressive. Take the results from a study of around 10,000 golfers who were asked—among other things—how likely golfers were to cheat by moving the lie of a ball by 4 inches through various means: by nudging it with the golf club; by kicking it; or by picking it up and moving it. What these golfers told us was that 23% of golfers would likely move a ball with their club while only 14% and 10% would move it by kicking it and picking it up, respectively. What this tells us is that the extra distance provided by the club allows for twice as much cheating as the unavoidably conscious and culpable act of picking up the ball and moving it.

What does this have to do with cheating in online courses? Online classes are by definition taken at a distance, from the comfort of the student’s home where they are removed from the teacher, the other students, and the academic institution. This distance doesn’t merely allow room for people to get away with dishonest behavior; it creates the psychological distance that allows people to further relax their moral standards.  I suspect that it is this aspect of psychological distance, and not simply the ease of pulling it off, that is at the heart of the online cheating problem.

There is another important reason why we should care whether the cause for online dishonesty is due to its ease or to a change in the perceived moral meaning of the action.  If online cheating is simply a matter of a cost benefit analysis, we can assume that over time online universities will find ways to monitor and supervise students and this way prevent such behavior.  However, if we think that the root cause of online cheating is more relaxed internal morals, then time is working against us.

Let’s think for a minute about illegal downloads. Raise your hand if you’ve ever downloading a song or TV show illegally. How badly do you feel about that? When I ask my students these questions, almost all of them admit to having plenty of illegally downloaded files on their computers—and they don’t feel badly about it.  As it turns out, dishonesty lies on a continuum: there are behaviors we feel badly about, which is where our own morality holds us back. But as cheating in a particular domain becomes more commonplace, the negative feeling associated with it decrease until we don’t really feel badly at all.

Let’s return to Bob and to cheating in online courses. This kind of behavior in online classes worries me because it is becoming more pervasive, and once we reach a point of moral indifference, it is nearly impossible to change this behavior. I don’t think we’ve reached this point yet, so we need to work as hard as we can to counteract the trend toward dishonesty.  Otherwise, what’s often considered an important tool for democracy in education could be made worthless. 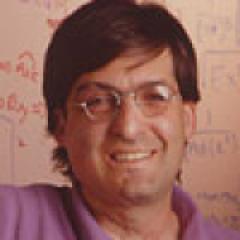 Dan Ariely is the James B. Duke Professor of Psychology and Behavioral Economics at Duke University and a founding member of the Center for Advanced Hindsight. HI...
Author Profile
Quick Search
Sign up for NEPC Emails