We live in interesting times. So many folks are sure they know what "most people" think or "most people" want, but it's hard for anybody to have a clue because the great American industry is the business of trying to sell a particular opinion. Even when the Russians mess with us, their disinformation campaigns focus not on lies about policy (free college will make your hair fall out) so much as on creating impressions of what certain people think (Miners for Trump, faking angry Black internet commenters). 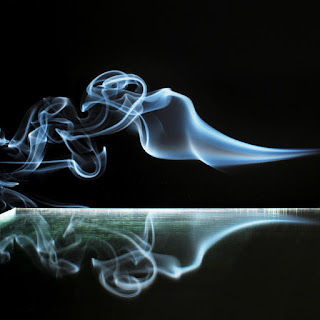 This is also the nature of our elections, where people are (or at least are perceived to be) less interested in who has the best policies and more interested in knowing who's winning.

So if you have a policy that you want to plug, you could try to argue the merits of that policy with a candidate or their staff. But if you want to do something other than just argue the merits, then you argue that the policy is hugely popular and a political winner. And a good tool for that is a poll.

Democrats for Education Reform (DFER) is definitely for reformster ideas, but not all that Democraty. They are one of those groups that is interconnected with many other reform outfits, and who operates on the theory that they should have a seat at the education table because they say they should. Education Reform Now is the advocacy side of the group. And since the advent of Trump, and really, since the groundswell of insistence that the Democratic Party stop backing the privatization of public education, they've been working hard to maintain their clout.

How About A PR Poll?

All of this brings us to DFER/ERN's newly released polling data. Right now all we get is this slick pamphlet of results, put together by Charles Barrone, Dana Laurens, and Nicholas Munyan-Penney. Between the three of them, we find connections to 50CAN, Fordham Institute, Teach for America, and assorted consulting and government jobs.

The poll focuses on Presidential voters and Democratic primary voters, because the target audience here is the field of forty-seven Democratic Presidential hopefuls and their policy staff, plus other lawmakers and lawmaker wannabes. The basic message of this document is "You should support charter schools, because all the cool voters love that stuff."

Put another way, this was not a poll aimed at finding out what's really going on out there-- this is a poll ordered up to help stop the erosion of charter support among Democratic candidates. This becomes particularly clear when we see what they left out of the second of the two surveys.

The data here are softer than fresh play-do. We're actually looking at selected results from two polls (in the case of the second, very carefully selected). The information about these polls is stuck in the endnotes.

In the first (by Bennenson Strategy Group-- more about them later), 1,004 Presidential voters, including 415 Democratic primary voters, were interviewed by phone at the beginning of last June. They were asked to rate their views on "Public Charter Schools," which brings us back to the use by charter schools of the term "public." Charter schools are not public schools; they are private schools funded with public money. But calling them public schools makes them sound less objectionable. In these polls, language is everything. Imagine if, instead, responders had been asked how favorably they viewed using public tax dollars to send select students to private schools.

But respondents were asked to "rate their views" of public [sic] charter schools on a scaler from very favorable to very unfavorable. 50% of the Presidential voters gave charters a "very favorable" or "somewhat favorable" rating; DFER has just combined those two ratings into one category which is yet another way to massage the data so it looks more favorable. Democratic primary voters were 51% unfavorable. So they broke that down further to determine that most of the unfavorable rating comes from White Democrats; this involved breaking the 415 Democratic primary voters into three categories, but we don't have those numbers. Nor do we have a more detailed explanation of the script the pollster followed to get these results. DFER frames its summary as "voters of color were more than twice as likely as White Democrats to hold favorable opinions of public [sic] charter schools."

The second batch of data are pulled from a GenForward survey of 1,910 millennials. There's a full survey covering a bunch of questions that you can find here, but DFER has chosen to just pick a couple of questions for its report. This survey used two sample sources, including both phone and web modes, worked up via the National Opinion Research Center (NORC) at the University of Chicago, and though the DFER write-up touts this as the opinions of "millennial voters," I see nothing in the original survey to indicate that respondents were selected from among those who voted in previous elections (nor could the 18 year old respondents have done so). The full survey, Millennials and Public Education in the United States, is pretty hefty, but DFER has pulled just a single response-- the majority of millennials support charter schools, with citizens of color leading the pack again.

Now, that's an accurate-ish report of the finding in the GenForward survey; that support for charters is mostly "somewhat support," with "strongly support" coming in behind "somewhat oppose." Here are some other findings from the survey that DFER did not choose to include:

* Millennials, across race and ethnicity, name increasing school funding as the most important way to improve public education-- and they rate that over options like school choice, improving teacher training, and hiring more teachers.

* 75% of all millennials believe that paying teachers more would do more to improve public education than creating more charter schools.

* There's also big support for vouchers for low income students to attend private schools, but it still comes in far behind "give schools more funding" as a fix.

* Most millennials give their own education a B.

Third: Back To the "Public" Dodge

Now DFER turns back to Bennenson and some carefully fudged questioning. Those surveyed were asked how high a priority it should be that "families have access to a variety of public school options no matter where they live or how much money they have."

Well, that's a carefully loaded question. First, we've hidden charter schools behind the word "public." And look-- you may disagree with me that charter schools are not public schools, but even if you are among the folks from Betsy DeVos to Governor DeSantis to charter fans on Twitter, at a minimum you ought to accept that the issue is not settled and certainly not settled for the general public. Again-- let's rephrase this as "the government should use your tax dollars to send select students to a private school" and see what the numbers look like.

This is also loaded by the "no matter etc" clause. How many respondents are going to think, "No, I want to say that if you are poor or live in a crappy neighborhood, you ought to have a crappy school." Nor did the pollsters ask a question such as, say, "Which policy choice would most help improve schools in poor neighborhoods."

The other loaded questions include the "importance of expanding charter schools so that every child has a chance to attend a school that meets their needs" which is only a slightly fairer framing than asking about the "importance of expanding charter schools so that every child can have a pony and an x-box." In other words, it's assuming facts not in evidence and making claims for charters while pretending to ask about them. Do charters give every child a chance? Nope. Charter preference for students who have few special needs or who don't speak English as a second language have been oft-noted, and that's before we even get to stuff like the Texas rule that lets a charter refuse to accept any student who has ever been sent to the principal's office.

And the survey also asks if it's important that "public school options include access to charters, magnet and career academies irrespective of zip code or income." Again, this is not compared to any other options and again, the inclusion of zip code and income make it less likely that respondents will say no.

In all cases, the shades of answers (respondents cold rank priority from 1 through 7) are compressed, so we can't see what the nuanced spread is here. Just the highs and lows-- and the mediums have been omitted entirely from the charts. The resulting charts indicate big support for all three propositions, just as they were designed to do.

I've been typing "Benneson Strategy Group" because that's how it's listed in the report. Except there appears to be no such group. Instead, lets talk about the Benenson Strategy Group-- a group that is not exactly a polling outfit. Instead, their home page touts their "reputation as a premier consulting and strategic research firm." Also, "We help leaders connect with, persuade and activate the audiences you need to win." They handle "rebranding" and "building reputation" and "strengthening trust."

This is not the Gallup Poll crew here.

The endnote also indicates that Benenson is working "in consultation with 270 Strategies," and those guys are also not pollsters. 270 Strategies is a "progressive digital strategy firm" founded by veterans of both of Barack Obama's campaigns.

So What Can We Learn Here?

Well, DFER will pull all sorts of baloney to try to further the cause of corporate education reform and privatization. This is not news. They would very much like to convince the Dem candidates who are not already on their team (looking at you, Cory Booker) to join up. Also not news.

Is this piece of "research" completely useless? Not entirely. If any of the Democratic nominees fall for this baloney, that will tell me something important about that nominee. A nominee who actually falls for this doesn't deserve my vote, and one who tries to use it as cover can't be trusted. Any legislator who is influenced by this baloney also deserves some extra scrutiny. This report is a big piece of smelly dead bait hanging on a rusty hook; I'm hoping only a few candidates get suckered.