Curmudgucation: Digital Curriculum and Lesson Management is a Crock

Ed Tech overpromises in so many areas, but one the great lies is that implementing This Year's Great New Program is going to save teachers just oodles of time. It never does. It particularly never does when it comes to the kind of software leviathan's used to manage curriculum and lesson plans.

The sheer volume of data entry for these programs (enter the curriculum, unit plans, lesson plans, all cross-linked to the state standards) is enough to suck up hours of work on a weekly basis, particularly if your district has saddle you with one of the more user-unfriendly examples of the species. 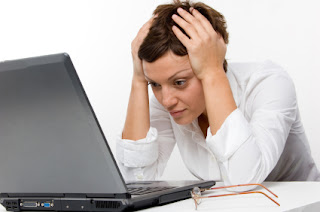 "Well, yes, at first," is the standard reply. "But once you get everything entered, there's barely any work at all." Which is almost sort of true-ish if you teach mostly the same stuff in the same order on the same days from year to year. Sometimes you get the build-as-you-go argument-- if you enter all your units and all your lessons as you go this year, you'll just sort of build the curriculum organically.

But it's still not true, because Ed Tech is just like regular old Tech when it comes to its love for the latest fashion. The tech world is not much interested in longevity and staying power: "Let's come up with a device with an effective life of at least a decade and power it with software that we'll never mess with but alway support," is not the rallying cry of any tech company.

This blithe dismissal of the future is sometimes stunningly obtuse. Years ago, yearbook publishing companies were pushing digital yearbook supplements, extras that would carry lots of pictures and even videos stored on cool new CD-Roms. I'm sure that some schools went for this shiny deal, and now, over a decade later, those discs are useful as coasters or mini-frisbees, while old fashioned paper yearbooks from a century ago work just fine.

Consider the example of my old district. Our first attempt at digitizing the English department curriculum came over a decade ago. It involved some very user-unfriendly software in which we invested a mountain of person-hours until the administrator whose pet project it was left the district and the project was mothballed.

Around six or seven years ago, the district did a soft rollout of another package that was a little more sophisticated. Some of us were trained to be the vanguard, and then the rest of the staff was added. This was supposed to follow the cumulative model, with units and lessons building to a curriculum. An administrator decreed that all weekly lesson plans would be submitted on the software; their successor directed us not to worry about it too much. It was glitchy and unfriendly and some folks took the bet that nobody was actually paying attention, and stopped using it (some won the bet, and some lost).

During one of the very first training sessions, somebody (I might have been the person) asked  just how long the district's commitment to this software would extend past the initial free-to-us grant-fueled period.

The answer turns out to be, "Till right about now." There is, of course, no compatibility between software platforms, so my former colleagues are now apparently condemned to manually enter everything all over again.

A fair question-- is all this accumulated and discarded hourage resulting in some beneficial curricular datafication?

Well. During the first round of digitizing, we had to do a lot of formating, phrasing and framing on our own, so I asked (I'm certain I was the asker on this one) what exactly was the purpose of the end product. Who was going to open this up, and once they opened it up, they would be using it to do...... what, exactly? I did not get an answer, though I did get one of those administrative Not A Team Player looks.

With Program #2, it was clear that one of the supposed benefits was a feature that allowed us to drag-and-drop individual state standards to each lesson, unit, etc, thereby allowing administrators to see what "gaps" we had in our standards alignment. This is a benefit if one assumes that A) having all the standards (created by a small group of edu-amateurs with no basis in research or evidence) represented makes curriculum better and B) that screen-weary teachers don't align their units by simply dragging and dropping every standard in sight just to get the job done.

Here's an underdiscussed ed tech issue-- paper makes for a really versatile display medium, while software usually forces you to look at your stuff the way the software manufacturer thinks you should. Lesson plans-- particularly if we're supposed to cross-check them with units and other weeks of instruction and state standards-- are a fairly complicated thing to display, particularly because it involves some information that the teacher may or may not need  at the moment. And then there's the issue of making on-the-spot alterations (e.g. didn't get all the way through exercise 12, so start with that tomorrow). It's entirely possible that there are teachers out there who start every lesson by pulling up the digital version of their lesson plan, but I haven't met them yet (you can speak up in the comments). Meanwhile, plenty of teachers still use paper to plan lessons, transcribe it into the software, and then use the paper to do the work (that, of course, in addition to teachers who don't use traditional lesson plans at all,  but that's another conversation).

There are other benefits to digitized curriculum. The more detailed standardized format makes it easier to, say, tell Mrs. McTeachalot to go pull up Mrs. Teachovik's planning for her Modern Numerology class and take it over.  If we could just get teachers to record their lesson planning in greater detail, we could more easily replace them, and if multiple teachers have the same course, you've got one centralized digitized record of exactly how they should all be teaching it. And if you use software that also allows for entering all the assessments, pretty soon you'll have your whole district recorded and transferable to any warm body. As an administrator, you can check up on what your teachers (say they) are doing. And did I mention you can check to make sure that all the standards are being covered.

Yeah, you may have noticed that none of these benefits are actually benefits for teachers. I can think of one-- if the district decides to fund extra hours to get the data entry done, teachers have a chance to make some extra money doing work that will be thrown out in a few years. So much better than filling up binders that will gather dust on some shelf somewhere in the district office.