Is an obsolete test an appropriate accountability tool?

About a week ago, the San Francisco Chronicle published a guest editorial by George Miller – Congressman, NCLB architect, and a “hero” to Democrats for Education Reform – and Russlyn Ali, former Assistant Secretary of Education for Civil Rights. I’ve met Ali briefly, after I spoke to commissioners of the U.S. Department of Education’s Equity and Excellence Commission. She’s done some fine work at the federal level, and has now left government to chair the Emerson Education Fund. While I can find plenty to admire in Ali’s overall commitment to education and civil rights, I disagree strongly with the main thrust of this editorial. In fact, I find it puzzling that a slight disruption in standardized testing has been met with such concern, as if California had abandoned a program that was working well, and wasn’t planning to resume massive amounts of testing in the near future.

Secretary of Education Arne Duncan (2011, photo by the author)

The trigger event was the passage of AB484, a bill that eliminated California’s existing standardized testing regimen a year before it was set to expire anyways, and set conditions to allow school districts a trial run with partial Common Core testing this year. The state’s decision creates a potential conflict with federal policy, and the consequences might be costly if the Obama administration and Secretary Arne Duncan withhold tens of millions of dollars in education funding, as they have indicated they will.

There’s a legitimate debate to be had on these issues, but I found the Miller and Ali op-ed to be rhetorically heavy-handed, simplistic, and alarmist. You can read the whole piece for yourself (link above), but here are a few choice lines. They wrote:

The theory is that we should throw away the old tests and start a year from now with the new tests, but in the interim we’ll stop giving vital information to parents and students. AB484 effectively blindfolds educators during this transition at a time when it’s most critical to measure student learning to inform instructional change.

I have never heard a parent who wasn’t also an education reform advocate claim that the tests gave them vital information. I’ve never heard a student say it was vital – far from it. I don’t know how we could operate in schools if we actually relied to such a degree on existing tests – limited, deeply flawed, and results arriving after the school year ends – to avoid working “blindfolded.” And I have no idea why this is the time that it’s most critical to measure student learning; at some point, it must be less critical then? (The now defunct California Standards Tests didn’t measure much student learning anyways – see for example, here, and here).

The Common Core provides the promise and the opportunity for California to again lead the country in education, but not if the state blocks access to student performance data, even for a couple years.

Californians have a choice. We can stop assessing our students and schools, and stifle progress, furthering the growing perception that our state’s best public education days are behind us. Or we can transition responsibly to new, better standards and uphold California’s education system as one that truly serves the needs of all children.

Yes, we do have a choice, but I think it’s a choice to dismiss false choices as presented here, take a deep breath, and move forward in a logical way – rejecting the sky-is-falling rhetoric of those who seem excessively committed to expensive tests that will yield invalid results due to misalignment with instruction.

My letter to the editor didn’t make it into publication, but here it is:

The authors suggest AB484 “effectively blindfolds educators” during the Common Core transition. Speaking as an educator, I’m insulted at the idea that I would need a mediocre bubble test administered in spring, with scores arriving in the summer, to tell me anything about my students. As a parent, I’m further insulted at the suggestion that skipping the same mediocre tests, covering a fraction of the curriculum, will somehow impinge on my rights or my sons’ rights “to know how they are performing.”

The tests may have some value at the broadest levels, but it’s no mystery what this year’s tests would have shown: scores would have been slightly up or down compared to last year. Just like every year. And the interpretation of that change would depend, as always, on the bias of the interpreter.

Ultimately, Miller and Ali don’t even offer a concrete suggestion or solution, just an empty claim that eliminating weak tests based on old standards will “stifle progress.” They couldn’t be more wrong.

The Chronicle did print a response to the Miller and Ali op-ed. John R. Porter Jr., Superintendent, Franklin-McKinley School District in San Jose, wrote in part:

California is field-testing a very different computer assessment based on a better curriculum called Common Core in 2014, just like most other states. The federal government allows all states implementing a 2014 field test to not report results to the parents or the public.

We must ensure the validity of the field test first to ensure that test questions are fully aligned with instruction and the new Common Core standards.

Therefore, 2014 is a “test drive” of new assessment approaches with new questions delivered by computer. Miller’s charge that California is providing a blackout on testing is just not true.

California has been testing all pupils extensively in many subjects in grades 2-11 for more than a decade.

As superintendent of a local school district, I favor strong accountability with fewer but better tests that do not crush students’ curiosity and depth of knowledge.

Education reform has for years been susceptible to the argument that excessive testing does more harm than good. Teachers and unions have been seen as self-interested when we pointed out the problems. Increasingly, other people are saying “Enough!” Students are boycotting (Chicago, New York), parents are opting out (Seattle, New Jersey, New Mexico, New York), school boards rebelling (Texas), principals openly agreeing with boycotts and organizing themselves, and superintendents (Maryland, Virginia, Texas), including Mr. Porter, above, are speaking out.

[EDIT, 11/13/13] I should have included Tacoma Schools Deputy Superintendent Josh Garcia among administrators who have expressed candid concerns about misuse of testing].

For the record, Californians in support of AB484 included not only our governor and legislature, along with leadership in the California Dept. of Education and the State Board of Education, but also the state association of administrators (ACSA),  California PTA, the state school boards association (CSBA), and both state teacher unions (CTA and CFT).

The education “reform” vaguard is long overdue for a mea culpa in this regard, but I’m not holding my breath. 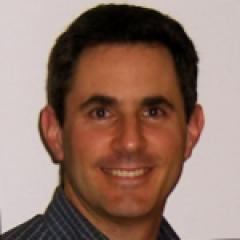 David B. Cohen is the Associate Director of Accomplished California Teachers (ACT). His main responsibilities are in communications and membership, and he w...
Author Profile
Quick Search
Sign up for NEPC Emails