“Pasi Sahlberg is a Finnish educator who has worked as a schoolteacher, teacher-educator, researcher, and policy advisor in Finland and has studied education systems and advised education leaders around the world..”

I have excerpted Sahlberg’s description of how Finland’s and Australia’s schools responded to the Covid-19 pandemic. For readers who wish to see the entire article, it appeared in Educational Research for Policy and Practice online October 31, 2020.

Australia and Finland, the two homes of mine at the moment, are not just geographically as distant from each other than possible, but they are also very different societies with distinct histories, traditions, values and cultures. Australia is sunny and hot. Finland is, many believe, snowy and cool. The Australians prefer things big and fast. The Finns think small is beautiful.

In other words, Australia is fire, Finland is ice. These cultural distinctions make education in these two countries and how each react to external shocks such as the current pandemic, very different from each other. Here is how.

Most school facilities were closed for majority of primary and secondary school students in Finland starting March 18 until May 14 this year due to the government’s measures to prevent the spread of the COVID-19 pandemic. Early childhood and care centres (kindergartens) remained open and children of essential workers and those with severe special educational needs in first three grades of primary schools had an opportunity to attend school if parents so preferred. During the remote learning phase, one-third of children were in kindergartens and less than 10 per cent of all basic school (grades 1 to 9) students went to school as usual. Since education governance in Finland is decentralised and 310 local authorities run and, to a large extent, also fund the schools, these authorities were responsible for the practical execution of the transition from face-to-face teaching in schools to remote distance learning mode from homes. After the remote learning period in mid-May was over almost 90 per cent of school children returned to school and more than half of children in early childhood education and care were back for the last two weeks of May before their summer holidays.

The speed and scale of disruption came as a surprise to Finnish schools as it did to others around the world. Before March some schools had prepared emergency strategies for minor situations, but no one was prepared to such a massive external crisis as the COVID-19 pandemic. However, Finnish schools had two particular positive features on their side in shifting literally overnight from contact teaching at school to remote learning from home.

First, according to the Finnish National Agency for Education (2020), three quarters of Finnish schoolteachers at the time of the (partial) school closures had digital teaching and learning facilities available in their schools. Vast majority of teachers were also familiar with using these facilities in teaching, although the confidence to do that well varied from school to school.

Second, the National Core Curricula that is the foundation for schools’ own curriculum planning have emphasised self-directed learning through projects and real-life problemsolving that have made many students familiar with independent study and self-assessing their own learning (Sahlberg 2021). Again, there are differences from school to school in how successful this practice has been. Teachers have been mostly concerned about those children who require more direct support in their learning that has been not so easy to arrange through virtual arrangements.

Early research findings shed light on how children, teachers and parents or guardians have experienced interrupted schooling in Finland. A large national study that is currently underway by the Universities of Helsinki and Tampere is exploring how remote teaching and learning in Finnish schools went from principals’, teachers’, parents’ and children’s perspectives (Ahtiainen et al. 2020). The first findings in this study confirm the anecdotal evidence gained during April and May, as well as trends found in other surveys. According to about half of 860 principals and little less than half of over 5000 teachers who took part in this study, students with special educational needs were not receiving appropriate support from teachers and schools during the remote learning period, compared with normal times previously. Approximately a quarter of students (N _ 56,000) and over 40 per cent of parents (N _ 36,000) believed that they received less support from their school while they were learning from home, than what they would have received in school previously. About one in five lower secondary school students said that they had difficulties with technology or internet connectivity, and the same proportion of students confessed they stayed up too late every night with digital gadgets or social media.

A closer look at how students have experienced the school closures reveals an important finding. Whereas authorities and other adults are afraid that children will stop learning or that there will be losses in their lifetime earnings, not all children seem to think like this. In Finland, for example, over 60 per cent of 10- to 16-year-old students said that they enjoyed learning remotely most of the time and that most of them learned at least the same “amount” or even more compared to what they thought they had learned at school (Ahtiainen et al. 2020). If these tens of thousands of students are right, then perhaps we need to rethink what we mean by learning and how it should be measured and recognised at school.

The COVID-19 pandemic has affected Australian education systems in different ways. School buildings were closed for varying periods of time after the first school term break in April. Remote learning arrangements lasted from one week in Northern Territory and South Australia, to nine weeks in Victoria (that has the second interruption of schooling at the moment of writing). School education in Australia is, in general, more centralized and governed by common standards compared to Finnish education system. Teaching and learning are influenced by frequent standardised tests (such as NAPLAN) and school-leaving examinations that often narrow the role of teachers and students, when it comes to the assessment of student learning. Not surprisingly, one prominent discourse in the media and among many parents has been the question of how the negative impact of remote learning on students’ test score and examination results could be mitigated. Various “catching up” measures have been suggested to do that, especially for disadvantaged students who are thought to lose the most in these measurements.

Compared to Finland, Australia’s education system as a whole has two interrelated features that makes it more fragile to sudden external shocks like the COVID-19 pandemic. First, one-third of students in Australia attend non-government schools that are independently governed and often better resourced than many government schools. Vast majority of at-risk students attend government schools. Second, inequality is more prevalent inAustralian schoolsystem compared to Finland and many other OECD countries. For example, performance gap between the highest and lowest deciles in OECD’s PISA 2018 survey was significantly wider in Australia (OECD 2019). Furthermore, disadvantaged students are often concentrated into disadvantaged public schools that is harmful for equitable outcomes at the level of the education system.

Early results of a large national survey of 10,000 teachers in Australia reveal similar but also different reactions in schools to disrupted teaching and learning, compared with what has been reported in Finland (Wilson et al. 2020). Similar to Finland, four of five teachers were worried about their students with special educational needs. Just about a quarter of teachers thought they were confident that students were learning well under remote learning arrangements and just over 40 per cent were confident that the majority of their students were positively engaged with online learning. Only one-third of Australian teachers felt satisfied with assessment during remote learning compared to 95 per cent of teachers in Finland who said they were able to assess students’ learning when they were learning from home.

The Grattan Institute in Australia concluded that the most disadvantaged students suffered the most during school closures (Sonnemann and Goss 2020). “Disadvantaged students often have a home environment that is not conducive to learning and get less help from parents compared to their advantaged peers” (p. 9), according to their report on the impacts of COVID-19 on school education. Poorer internet access, fewer digital devices and lack of quiet place to study at home were often the common factors in disadvantaged homes. The culture of schools in Australia is much more about conformity where schools often are compliant rather than creative in responding to sudden changes in their environments.

National assessment programme for literacy and numeracy (NAPLAN) in primary and secondary schools serves as a yardstick to compare schools’ performance with one another. But it also amplifies the existing educational inequities when parents who can afford to pay for education can choose the school with higher NAPLAN scores (and often more affluent student socio-economic make-up) for their children. Interestingly, when NAPLAN tests were cancelled this year due to school closures, some parents were concerned about how they would know what their children have learned at school. Most teachers, however, according to Wilson et al. (2020), were more worried about students’ health and well-being. Uncertainty of the future of national assessments in Australia raises questions of whether schools should focus on “catching up” to be prepared for the next year’s tests, or care more about children’s well-being and health during the pandemic, even though their learning progress may be affected…. 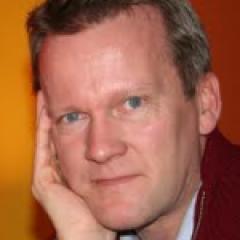 Pasi Sahlberg is Director General of CIMO (Centre for International Mobility and Cooperation) in Helsinki, Finland. He has global expertise in educational r...
Author Profile
Quick Search
Sign up for NEPC Emails