Scholars, educators, and pundits have written often about well-funded foundations distributing cash to reform schools since the late-19th century. Diane Ravitch, Rick Hess, Sarah Reckhow, and Joanne Barkan, for example, have scolded, defended, and analyzed contemporary philanthropists who see public schools as a useful lever for improving children’s lives and correcting injustices. In this essay, Stanley Katz describe the history of giving to public schools and the decided shift in current philanthropy toward shaping federal and state policy.

Stanley N. Katz teaches public and international affairs at the Woodrow Wilson School of Princeton University and is president emeritus of the American Council of Learned Societies. This essay appeared in Stanford Social Innovation Review, Spring 2013

Twenty-five years ago, if I had been asked to describe the attitude of the major foundations toward education policy, my answer would have been that they were predictably supporting the reform ideas of the leading K-12 academic specialists, who were then concentrated in the best graduate schools of education, especially those at Stanford and Harvard Universities. Lots of ideas were circulating, of course, but the “hot” idea, largely emanating from Stanford, was that of “systemic reform”—the notion that we had not gotten very far by undertaking piecemeal improvements. We needed to come up with grand strategies to improve the entire public education system.

This movement was very much a collaboration between university experts, leading national K-12 organizations, and large foundations. In those days nearly all of the big foundations (Rockefeller, Ford, Pew, MacArthur, and Atlantic) had senior program officers (and separate programs) for education policy in the schools. Some of the program officers, such as Bob Schwartz of Pew, were leaders in making national policy and collaborated openly with state (and to a lesser degree federal) education officials, including the Council of Chief State School Officers and the National Governors Association. By the mid-1990s, however, the “systemic” movement had played itself out, because it could not be successfully implemented. At that point, most of the traditional large foundations abandoned their dedicated education programs and began their current adventure with strategic philanthropy, looking for quicker and more visible accomplishments.This alliance represents an entirely new philanthropic impact on federal education policy, in an era in which for the first time it can be said that we actually have a federal policy.

It is interesting to put this development in the context of the earliest philanthropic foundations at the end of the nineteenth century. The origin of modern foundation philanthropy actually lies in the interests that the Slater and Jeanes Funds—and later Julius Rosenwald, John D. Rockefeller Sr., and Andrew Carnegie—had in improving what they called “Negro” education in the South: building schools and training teachers to assist black children shut out of the rudimentary public education system in the United States’ most benighted region. These efforts to improve education encouraged philanthropists to consider what more they might do to improve other parts of society through philanthropic investment.

But as they created their new foundations, the philanthropists encountered a severe political backlash. The Walsh Commission federal hearings of 1915 alleged that the philanthropists were using their ill-gotten gains to subvert democratic public policy making. For roughly the next 50 years, foundations backed away from overtly supporting social policy. Then, in the mid-1960s, the Ford Foundation brazenly took an aggressive public stance on educational policy by supporting community control of schools in the Ocean Hill-Brownsville section of New York City. Congress once again took hostile notice, and the large foundations retreated to their customary caution in domestic social policy and began to support the sorts of timid reforms I mentioned at the outset of this essay.

That is the back-story behind the entirely new and highly visible efforts of some of the newest crop of large foundations to promote their own, coordinated reform effort. The leaders have been the Bill & Melinda Gates Foundation, the Eli and Edythe Broad Foundation, and the Walton Family Foundation.

These foundations have a strong view of what is wrong with public education and of what needs to be done about it. They support charter schools, high stakes testing, and common core standards, and they aim to prevent teacher unions from standing in the way of “progress.” They also have coordinated their programs in interesting and effective ways

Combined—especially with the virtually limitless funds of the Gates Foundation—they have extraordinary sums available for investment. And they have been able to leverage them through their influence over US Secretary of Education Arne Duncan, who has for many years been on board with their K-12 reform agenda. When Duncan was CEO of Chicago Public Schools, he was supported by the Gates Foundation, and he has staffed his federal agency with former Gates education senior executives. Thus what we have now is a convergence of federal money (think Race to the Top) and foundations’ K-12 ideas.

This alliance represents an entirely new philanthropic impact on federal education policy, in an era in which for the first time it can be said that we actually have a federal policy with respect to the content of K-12 education. The foundations are vocal and open about their intentions. Their ties to federal, state, and local education bureaucracies have never been closer. They are attracting the support of smaller foundations, multiplying their own huge investment. They are creating new private-public infrastructure (charter schools, principals’ academies), and they have the teachers’ unions completely on the defensive.

I would find this a worrisome situation for public education even if I thought the education policies of the new large foundations were sound. But I do not. I find the brazenness, arrogance, and disregard for public decision making of current philanthropic attempts to influence federal policy just as dangerous to democracy as the critics of the original foundations contended so vociferously 100 years ago. 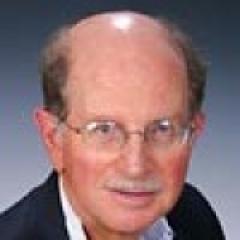 Stanley N. Katz is a Professor of public and international affairs at the Woodrow Wilson School of Princeton University and is President Emeritus of the American ...
Author Profile