An Open Letter to TFA: Don’t Back Down in Newark 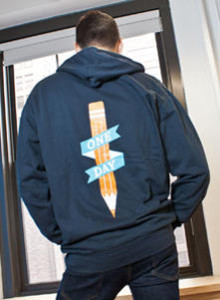 As an alum of your program, I like to keep apprised of your goings-on. Though we may have our differences, I always try to appreciate your bolder efforts. So I’m thrilled to see you taking a valiant stand in Newark, where the district is preparing to can over a thousand teachers without regard to seniority and in contravention of state tenure law. Remaining in a district so openly hostile to career educators must require not just millions from the Walton Family Foundation, but the bold resolve of knowing you’re part of the civil rights struggle of our generation. 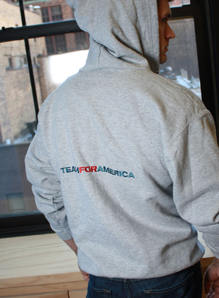 On that note, I’m sure you know that the district’s moves will disproportionately impact teachers of color. As Rutgers’ Bruce Baker found (you follow his work I presume?), the district’s One Newark school closure/turnaround plan will almost certainly lead to a staff with fewer teachers of color. Just as the schools being impacted by One Newark enroll higher shares of black and low-income students, “teachers who face employment consequences as a function of One Newark are 2.11 times as likely to be black as to be white.”

That you, TFA, would stay committed to such an flagrantly inequitable project, despite the predictable cries of hypocrisy, speaks to the depth and subtlety of your educational vision. 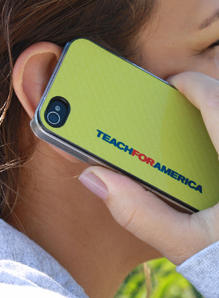 I’m heartened, for instance, by your much-touted initiative to increase the number of black men in teaching (who indeed make up a too-small share of the teaching force nationwide – despite the fact, it must be mentioned, that primary school teacher is the top profession for black men with a bachelors degree, compared to no. 3 for white men). That an organization so committed to educators of color would continue ballooning in a district moving to offload droves of them speaks, more than anything, to your strength of will in the face of staggering contradiction.

One would expect an organization like yours to decry the district’s moves and, despite the fact that the plan would directly benefit you, stand with veteran teachers of color. But as your very own TFA-New Jersey exec said, “To work on behalf of kids, we have to believe and act as if the facts matter.” It’s clear that to some, they don’t. 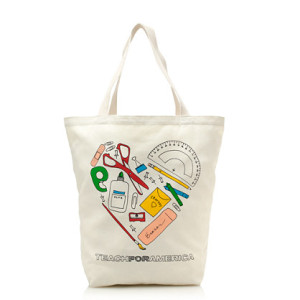 Your ability to shrug off the naysayers is what really astonishes me. So what if TFA is on average whiter than the teachers it will replace? What does it matter that TFA is a necessary ingredient in the charter stew that drowns traditional public schools – and that Newark’s current layoff plans stem directly from the diverting of district funds  to charters? Who cares that 60% of NJ TFAers end up in that same charter sector, whose teachers are only 74% as likely to be black and half as likely to be Hispanic as in district schools? And the fact that half of TFA’s current teachers in Newark’s district schools landed in “renew schools,” where existing staff had to reapply en masse and where hundreds of educators were displaced?

As we all know, divisiveness gets us nowhere.

So rather than oppose Superintendent Cami Anderson’s baldly undemocratic One Newark plan and associated layoffs, you’ve planted a flag for transformational change. And I know it’s not just because of her history as the executive director of TFA-New York. I feel like it has more to do with your history. 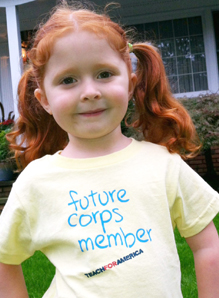 The Newark situation can’t help but stir recollections of your stalwart march into New Orleans in the decade after Hurricane Katrina, when the number of TFA first- and second-years shot up from 85 to over 400, while the proportion of African-American educators dropped from 73% to 49%. Or in Chicago, where your corps size grew by a third while fifty schools were closed and a thousand positions were cut – and where previous mass layoffs hit black and Latino teachers hardest. It’s in these dire circumstances that“doing nothing is not an option.”

And boy did you do something.

So don’t let the nattering nabobs of negativity keep you from placing 370 corps members in New Jersey in the next two years, a stunning 75% increase from current levels. Don’t let them stop you from still dumping 80% of them in Newark, despite the protest and upheaval there. Don’t let them sling facts and figures “as if they matter” in the service of some outdated status quo – like the current demographics of Newark’s teaching force.

No, TFA, do what you’ve always done: Don’t back down.