Well, here's a piece of research you might not have expected.

The sexy headline reductive title is the Batman Effect (published almost a year ago), but the idea being tested here was a little broader than "Always Be Batman." From the abstract:

This study investigated the benefits of self-distancing (i.e., taking an outsider's view of one's own situation) on young children's perseverance. Four- and 6-year-old children (N = 180) were asked to complete a repetitive task for 10 min while having the option to take breaks by playing an extremely attractive video game. Six-year-olds persevered longer than 4-year-olds. Nonetheless, across both ages, children who impersonated an exemplar other—in this case a character, such as Batman—spent the most time working, followed by children who took a third-person perspective on the self, or finally, a first-person perspective. 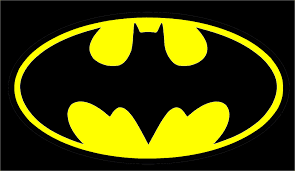 While I generally support the idea of Being Batman, there are some hugely troubling implications of this study (and I'm not even counting that Queen of Grit Angela Duckworth is one of the co-authors). One problem is captured by this review of the study at Big Think:

With the onset of early childhood and attending preschool, increased demands are placed on the self-regulatory skills of kids.

This underlines the problem we see with more and more or what passes for early childhood education these days-- we're not worried about whether the school is ready to appropriately handle the students, but instead are busy trying to beat three-, four- and five-year-olds into developmentally inappropriate states to get them "ready" for their early years of education. It is precisely and absolutely backwards. I can't say this hard enough-- if early childhood programs are requiring "increased demands" on the self-regulatory skills of kids, it is the programs that are wrong, not the kids. Full stop.

What this study offers is a solution that is more damning than the "problem" that it addresses. If a four-year-old child has to disassociate, to pretend that she is someone else, in order to cope with the demands of your program, your program needs to stop, today.

Because you know where else you hear this kind of behavior described? In accounts of victims of intense, repeated trauma. In victims of torture who talk about dealing by just pretending they aren't even there, that someone else is occupying their body while they float away from the horror.

That should not be a description of How To Cope With Preschool.

Nor should the primary lesson of early childhood education be, "You can't really cut it as yourself. You'll need to be somebody else to get ahead in life." I cannot even begin to wrap my head around what a destructive message that is for a small child.

The researchers minimize this effect as just role play. The kids, they say, simply imitated someone they thought had the qualities needed to deal with the task. And hey-- role play is fun. But it's appropriate that Duckworth is in this pack, because we are just talking about other ways to grow grit:

Perseverance can pave the pathway to success. The current research suggests that perseverance can be taught through role play, a skill that is accessible to even very young children.

No.  I mean, I'm not a psychologist, nor do I play one on tv, but I have to believe that the root of grit or perseverance is the certainty that whatever happens, you'll deal with it. When my high school students are anxious or afraid, it's because when they imagine what's coming, they don't imagine themselves being enough to deal with it. I can't imagine ever telling them, "Well, you probably aren't, but maybe you can pretend to be somebody else." Because the "you probably aren't" part drowns out everything else. The most useful message for them is "You can handle this. You will be okay."

With my high schoolers, we're talking about challenging schoolwork, but we're also talking about real-life challenges that the world has put in their way. In Preschool, it's different.

Let's be clear what the study is suggesting as a process for four year old tiny humans:

1) Set standards and goals that the students are not equipped to meet.

2) Tell the students that they arn't able to handle the challenge, so they'd better pretend to be someone else.

I am thinking the solution to all the problems here lies in Step 1. Let's give small children tasks to perform that are developmentally appropriate. Let's set them up for success, and not for failure. Then when they someday discover on their own that you should, in fact, always be Batman, it will be so that they can have some fun with their friends, and not so that they can survive in school.