Arizona Stories from School: Drumroll Please.... The Person of the Year is....

This week Time magazine announced its list of ten finalists for the annual title of “Person of the Year.”  As the magazine reminds its readers, the Person of the Year should be the biggest newsmaker, not the most loved figure.  Bashar al-Assad (current president of Syria), Jeffrey P. Bezos (Amazon.com founder and CEO), President Obama, and Miley Cyrus are just a few of the top contenders for this title.  While listening to the media discuss the rationale behind each person, I wondered who should be the “Person of the Year” in education this year.

Our nation’s biggest newsmakers would include the National Governors Association Center for Best Practices, Council of Chief State School Officers for their role in creating the Common Core Standards.  Another noteworthy newsmaker was Education Nation’s initiative to engage the country in a solutions-focused conversation about the state of education in America.  The local newsmakers could include the teachers who obtained their National Board Certification, Rodel Exemplary Teachers, Teachers of the Year, and the unsung teacher heroes who spend countless hours mentoring their peers and giving students extra support outside of school hours.  Then I thought about the newsmakers in the classroom.  As educators know, it’s all about the students.  With that perspective, I think the Person of the Year should be the children who are living in poverty.

According to the National Center for Children in Poverty, more than 16 million children are currently living in poverty, which is 22% of all children.  That’s roughly 1 in 5 children living in poverty!  Only three other countries in the developed world have a higher child poverty rate than the U.S., according to the Organization for Economic Cooperation and Development. Mexico leads all nations with a rate of 25.79, followed by Chile (23.95), Turkey (23.46), and the U.S. (21.63).

Having worked in several lower socioeconomic schools throughout my teaching career, I can say that children who endure a life of poverty have my immense respect.  These children know how to appreciate the little things in life and not take anything for granted.  Children living in poverty learn at a young age to combat loneliness and boredom as they are often left to stay at home alone when their parents are working odd hours.  Combating hunger becomes a skill as they rely on the school meals for their main sustenance.  As they are home alone, the children are usually without a foundation of support as they independently struggle through homework and reading assignments.  Older brothers, sisters, and cousins take on the role of parents as they look after the younger children, forgetting too early how to be a kid.  Although learning to become flexible, the children’s basic needs of a stable home are not met as they are shuffled from home to home every few months, learning to pack up their meager belongings quickly in the middle of the night.  This transient lifestyle prevents the children from forming healthy, long-lasting relationships with their peers, mentors, and teachers.  It’s definitely a vicious cycle, but these children are survivors at home and try their best at school.  Often they get overlooked as they might be dirtier, tired, less prepared, unfocused, hostile, etc.  When we get past these students’ barriers, we usually find very tough humans who are just trying to survive.

It’s not the children’s fault that they live in poverty, and they are definitely the victims.  According to an analysis by Columbia University’s National Center for Children in Poverty, 45% of children who spent at least half of their childhood in poverty were poor at age 35.  If 1 in 5 children are living in poverty already in the United States, that is a truly frightening statistic for our future.  We as teachers must make it a goal to provide these students with every tool to survive, create goals for their lives, and break the vicious cycle of poverty.  Students who live in poverty need to build healthy, nurturing relationships with educators who will celebrate their accomplishments and help determine a vision of their future, using their strengths.

This year’s Person of the Year is a warrior in our schools who bravely battles the biggest fight in our country, poverty.  As educators, how will you specifically strive to break the cycle of poverty as you work with these warriors? 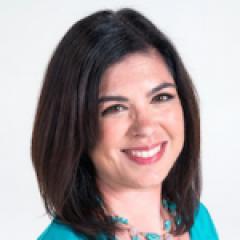 Lisa Moberg (formerly Gura) has been a teacher for 16 years, from kindergarten through 5th grade. ...
Author Profile
Quick Search
Sign up for NEPC Emails