If you work in education these days, economists rule your world. And none more so than Harvard's Thomas Kane, (in)famously known as the director of the Gates Measure of Effective Teaching project. Kane -- admittedly a very smart researcher -- commands an outsized presence in the education policy world.

Unfortunately for you New York principals, this eminent professor doesn't think very highly of you:

Although the use of test scores has received all the attention, the most consequential change in the law has been overlooked: One of a teacher’s observers must now be drawn from outside his or her school — someone whose only role is to comment on teaching.

The fact that 96% of teachers were given the two highest ratings last year — being deemed either “effective” or “highly effective” — is a sure sign that principals have not been honest to date. An external perspective will make it easier for longtime colleagues to have a frank conversation about each other’s instruction. [emphasis mine]

Well, isn't that lovely: a casual smear of an entire profession, right in the pages of the New York Daily News. How do you feel about that, principals? You go about assembling the best possible staffs you can, given the constraints of your budgets, but Tom Kane thinks you're not "honest," because you deem your staff to be effective.

Let me go back to the latest NYS Technical Report for Growth Measures. Here's page 43:

According to the report, 5 percent of New York's "tested" teachers were found to be either "Developing" or "Ineffective" two years in a row on the state's growth rating. It seems to me that this is very reasonably aligned with a 4 percent of teachers getting an overall rating of lower than "Effective."

I mean, this is the whole point of Kane's vaunted "multiple measures," right? That we didn't want to hurt the profession by letting statistical noise dictate decisions? That we should have a pattern of poor performance before we make a high-stakes decision, and it should be corroborated by multiple assessments of a teacher's performance?

What we've got here is yet another example of someone -- again, a very smart someone -- looking at the performance of children on academic measures from the outside in and not seeing how the entire system may affect outcomes. For example:

I’ve carefully studied the best systems for rating teachers — and I can tell you the governor picked the right fight. The deal in Albany last week will finally give schools the tools they need to manage and improve teaching. Let’s hope they use them wisely.

The tenure process is the place to start. It’s the most important decision a principal makes. One poor decision can burden thousands of future students, parents, colleagues and supervisors.

Traditionally, principals have used much too low a standard, promoting everyone but the very worst teachers. An NFL coach would never forego 25 years of future draft picks in order to sign a mediocre player to a long-term contract. Yet principals in New York do so every year.

First of all, the analogy is ridiculous if only because the jobs are so different. Depending on who you ask, the career of an NFL player is between 3 and 6 years. Of course, if we keep making teachers' lives miserable by imposing noisy growth measures on them, we might get their career length down to that level as well...

NFL teams sign contracts with mediocre players all the time. Why? Because they need to fill out their rosters, and they have to get what they can get with the money they have. It is reasonable to think a team would extend a contract on a bench warmer if they looked out at the player market and saw that they couldn't do any better given their budgets. There isn't an unlimited supply of Richard Shermans available to every team.

And it's reasonable to think they would offer a player extended time on that contract in lieu of money over a shorter time. Why? Because the length of a contract has a value to a player -- just like tenure has value to a teacher.

I am always amused at how quickly reformy folks come to the conclusion that tenure doesn't have a value to teachers; as if you could just take it away, and the teacher labor market wouldn't have a response. Of course tenure has a value, and I would think an economist would be the first person to point this out.

Think of it this way: suppose you're an average NFL defensive lineman. You look out at the labor market for huge, muscular guys who like to hit people. You could go to the WWE, or throw the shot, or work as a bouncer, or whatever. You will or will not decide to enter the NFL based on your overall compensation: salary, benefits, work rights, contractual guarantees, etc. You will weigh all of that against what other parts of the economy are willing to offer you, given your talents and, yes, your love of playing football.

The NFL will attract people like you into the profession based on how they compensate you relative to other professions. If rugby suddenly takes off in the USA, the NFL is going to have a harder time getting the best athletes to take up football. They wouldn't be able to just let "mediocre" players go, because there won't be as many elite athletes ready to take those places.

It makes no sense for even the laziest, least motivated, least competent principal to hang on to "bad" teachers if he knows there are better ones available. What Kane doesn't seem to want to acknowledge is the possibility that principals know the staffs they assemble are as good as they can get given the compensation they can offer.

Which, once again, gets us back to school funding. New York has one of the most inequitable and inadequate school funding systems in the nation. How can its schools possibly compete with the rest of the labor market to recruit and retain the best people as teachers when they don't have the money to pay teachers competitive wages?

Further, how will imposing noisy evaluation systems that impede the freedom of teachers to use their own professional judgment and practice their craft make the profession less attractive? How will withholding tenure protections, which help protect both teachers and taxpayers from political interference, for another year make teaching less desirable? How will bringing in outsiders, who have no sense of a school's culture, for commando raid-style observations enhance the atmosphere in which teachers work?

These are the questions that Thomas Kane, prominent economist, appears to avoid. Instead, he casually besmirches New York principals and blames them for the state education system's alleged failings.

Frankly, I think he owes you all of you Empire State school leaders an apology. 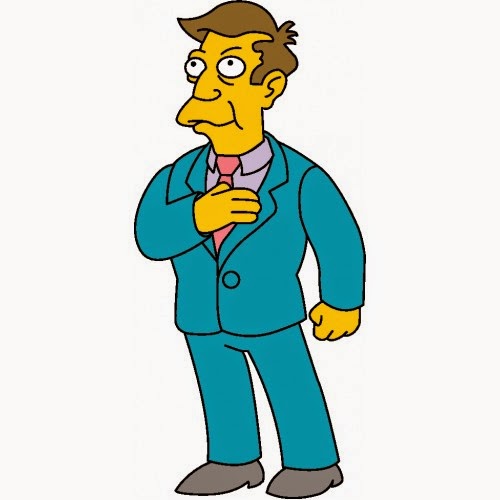 On the one hand, there is some value in watching yourself work on camera. It takes roughly thirty seconds to spot whatever annoying tic you had carefully blocked from your own consciousness, but which your students use to mock you when you're not around.

On the other hand, handing that video over to a stranger as a means of evaluation is just stupid.

First, the camera can only cover so much of the classroom. So the video observer will only see a portion of what was going on and catch only a fraction of the teaching environment.

Because of that, and because of time lag (shoot video, send video, find time to watch video), the feedback will be less useful to the teacher. And how about that, anyway-- if the observer is going to make the trip to have a post-viewing feedback session with the teacher, how much time and hassle have we actually saved, anyway? Of course, we could save more time and hassle if the "feedback" just came in the form of written comments on a form, or a swift e-mail.

That sort of feedback would be considerably less useful. And you know what else it would do?

It would remove the need for the outside observer to look a teacher in the eye when he's scuttling her career. As an outsider, the observer already has zero skin in this game, absolutely no stake on the line at all. Add the video, and the observer doesn't even have the minimal human stake involved in talking to someone face to face. [emphasis mine]

This is a very good point. And it reminds me of a post of Bruce Baker's from 2013:

Certainly the economists’ policy response – how to employ crude economic assumptions of human behavior to fix this dreadful perverse incentive – implies that cutting off this financial benefit for malpractice would improve hospital and physician behavior [meanwhile conflating the hospital and physician incentives & roles in the various related processes]. Here is the policy solution recommended by the economists cited in the WaPo article:

If hospitals receive a set amount for every heart surgery they perform, for example, they suddenly have an incentive to reduce complications — they know the extra medical spending will come out of their own budget.

Lost in the economists’ reasoning here are a) the potential longer term financial and career implications to the physician repeatedly entangled in litigation over post-surgical complications, b) and the stress/mental toll on the physician arising from managing complications in tense moments in the OR.

Indeed this is anecdotal, but I’ve not met a physician – surgeon or anesthesiologist – who prefers a day when things go bad in the OR – or would be likely to see dollar signs in those moments of stress. What kind of sick bastard even thinks that way? Well, perhaps the average economist does.

Economists rarely – uh… NEVER face comparable professional stress to managing a patient’s life on the edge – even when they make a massively stupid spreadsheet error stimulating economic turmoil across the globe. Nor do they pay hefty malpractice premiums to shield themselves from such egregious malpractice (despite measurable financial damages). I would assert that the economist never faces the stress of having to care for a classroom of 20 to 40, 5 to 15 year old kids, whose immediate safety and well-being, as well as their long term futures is on the line.  This is in part, why they get away with such ludicrous thinking.

It’s all freakin’ game (Freakin’ used here in a technical freakonomics sense)… a game of playing with big data – several layers removed from reality – from people – from real human consequences.

Perhaps that’s the central issue… even more so than economists’ financial self-interests?