Before making a career out of studying education technology, I was a student of literature. As an undergraduate student of English Lit at Cardiff University, we were taught it was possible to critique the canon, analyze cultural objects as mundane as cereal packets, and engage with ‘genre’ fiction such as crime, horror and sci-fi. Later, as a part-time PhD literature student working full-time for an edtech ‘futurelab’, I read Neal Stephenson’s 1995 sci-fi novel The Diamond Age; among many elements, it features an edtech device called the Primer. It was a strange moment as my PhD, partly about Stephenson’s novels, came into contact with my edtech day-job.

The idea of exploring edtech in sci-fi has remained in the background of my work ever since, but I’ve never properly figured out what to do about it or even if it was too niche an area of literary interest.

Doing something about edtech sci-fi came up again during a recent workshop to develop a new taught course. Might edtech sci-fi open up students to critical perspectives on current edtech issues such as datafication, inequalities, commercialization and so forth?

As a way of finding out, on Twitter, I asked “Anyone got good examples of education technologies in sci-fi, text or film? Got the Primer in the Diamond Age, roboteachers in Class of 1999, but what else? Possibly for a course #edtechscifi”. Below I’m listing all the responses I received, partly for my own benefit but hopefully in case others are interested too. But first a quick discussion of why studying edtech in sci-fi may be a useful way of approaching a range of critical current issues in research on education.

Science fiction has, for well over a century, provided authors with a way of speculating about the future from current trends, and by doing so to explore major concerns, tensions and anxieties characterizing its historical, social and political context. From fears of nuclear destruction–such as A Canticle for Liebowitz by Walter Miller in the 1950s–and anxieties over neural implants–in Gibson’s Neuromancer and Stephenson’s Snow Crash in the 80s/90s–today, much contemporary sci-fi is grappling with the consequences of social media, data profiling, surveillance, automation and inequalities.

Recent favourites are Zed by Joanna Kavenna, the novella collection Radicalized by Cory Doctorow, and Burn-In: a novel of the real robotic revolution by PW Singer and August Cole. The latter is a heavily endnoted, research-based novel about the dangers of automation and right-wing extremism authored by two intelligence analysts. They’ve termed it “fiction intelligence” that blends narrative with nonfiction. I’ve also got Kim Stanley Robinson’s The Ministry for the Future on my shelf, a near-future fiction about environmental destruction. In the book How to Run a City like Amazon, and other fables, a group of academic social scientists and geographers even produced a collection of social science fiction stories and poetry about corporate digital urbanism.

Fiction may even animate social theory: as David Beer argues, “fiction has been used to encounter and interrogate far-reaching and vital questions about the social world, some of which are deeply political and global in their scope”.

So fiction in general and sci-fi specifically can speak to urgent contemporary social, technical, political and environmental concerns. As academic geographer (and fiction writer) Rob Kitchin points out,

science fiction employs the tactics of estrangement (pushing a reader outside of what they comfortably know) and defamiliarisation (making the familiar strange) as a way of creating a distancing mirror and prompting critical reflection on society, now and to come. Perhaps unsurprisingly, there is a long history of academics drawing on the imaginaries of science fiction in their analyses, and also science fiction writers using academic ideas in their stories.

I’d suggest this should prompt more engagement with edtech in sci-fi – not to treat as sci-fi as a model for the future of education, but as a way of exploring the far-reaching personal, social, political and envionmental impacts of edtech development from recent trends.

One suggestion to my Twitter query from several people was the 2002 dystopian novel Feed by MT Anderson, a fabulous near-future novel featuring neural interfaces and the complete handover of state responsibility to corporations. We don’t have to think too hard to come up with examples of individual tech entrepreneurs and corporations already pursuing the development of brain-computer interfaces that could bring the dystopia of Feed to fruition.

Feed also features a very ominous depiction of education in the shape of “SchoolTM“, a completely corporatized education system that teaches students, through their direct-to-brain feed, to value rampant consumerism and environmental destruction over history, politics and civic participation. The novel explores the consequences of such an technology-centred, corporate education system for its teenaged protagonists and, moreover, for democracy itself.

David Golumbia and Frank Pasquale were kind enough to send me a copy of a recent chapter in which they analyze Feed as a way in to understanding a current “corporate-political world” characterized by the “primacy of the corporate form”. It’s a brilliant chapter, and offers a compelling justification for focusing analytical attention on fiction as a way of studying contemporary social, technical, economic and political problems.

frees authors to extrapolate from current trends to thick descriptions of the futures they portend. Corporations and governments often use scenario analysis to understand a range of possible futures to prepare for, but such analyses tend to eschew the visceral, subjective, and psychological insights that good fiction embodies. A novelist can imagine the ways in which the minds of individuals both reflect and reinforce their social environment. These considerations are just as worthy of policy-makers’ attention as the economic and political models that now dominate discussions of corporate rights.

Beyond the depiction of the interior lives of characters, novels engage with the complex social, political, economic and and environmental crises of our time.

The depiction of education in Anderson’s novel, they go on, “forms the critical backdrop for the world depicted in Feed, since so much of the novel turns out to depend on the characters’ lack of critical thinking skills and ignorance of fundamental issues of history and politics.” This, for me, offers a rich opening for the further examination of edtech in sci-fi, or, indeed, “social science fiction” writing as critical academic practice in edtech research. I’m interested to explore further how to engage with edtech sci-fi in possible future research and teaching.

In the meantime, however, here’s a list the lovely people on Twitter suggested of edtech sci-fi texts, TV, and film. Three were even suggestions of existing compilations of edtech sci-fi: a 2015 piece by Audrey Watters on Education in Science Fiction, a collection by Stephen Heppell, and an entry on Education in SF at the Encyclopedia of Science Fiction. Check those out too. I’ve alphabetized the list but nothing more. Some people added short descriptions, which I’ve paraphrased, and others links, which you’ll have to mine the replies to find, I’m afraid.

And Madly Teach by Biggle

An Enterprising Man by Joe Frank

A.R.T.H.U.R. poem by Laurence Learner – “metal people / And movers” who “make what they call mistakes”

Raised by Wolves – the teacher is the tech

The Fun They Had by Isaac Asimov

The Last Book in the Universe by Rodman Philbrick

The Veldt by Ray Bradbury

Time in Thy Flight by Ray Bradbury

To Live Again by Silverberg

If you come across any others, please do tag #edtechscifi and @BenPatrickWill on Twitter and I’ll keep adding. 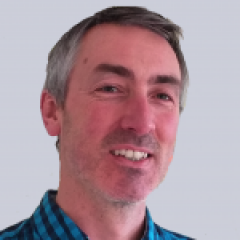 Ben Williamson is a Chancellor’s Fellow at the Centre for Research in Digital Education and the Edinburgh Futures Institute at the University of Edinburgh. His re...
Author Profile
Quick Search
Sign up for NEPC Emails