Educating for Democracy: Why Not Affirmative Action for 'Elite' High Schools?

The recent decision by the United States Supreme Court to revisit "affirmative action" in college admissions leads me to the observation that the advantages of diversity in higher education could be applied as well to the specialized high schools in New York City. In a recent report by the Civil Rights Commission, the New York City Department of Education was criticized for relying exclusively on a single test to determine the eligibility of a prospective student to be enrolled in Bronx Science -- which has produced more Nobel Laureates than any other public school, including the most recent in Chemistry -- Stuyvesant and Brooklyn Tech as well as several more public high schools that use such tests. The complaint states:

For decades, a single factor has been used to determine access to these Specialized High Schools -- a student's rank-order score on a 2.5 hour multiple choice test called the Specialized High School Admissions Test (SHSAT). Under this admissions policy, regardless of whether a student has achieved straight As from kindergarten through eighth grade or whether he or she demonstrates other signs of high academic potential, the only factor that matters for admission is his or her score on a single test. Because there is a limit to what any single factor can predict about a person's academic promise, let alone his or her potential to succeed and thrive in life, admissions decisions based solely on a high-stakes test have been roundly criticized by educational experts and social scientists. They also defy common sense. By relying upon a test as the sole criterion, the admissions policy for the Specialized High Schools does not fully capture any student's academic merit or his or her potential.

The decline in black and Latino enrollment at these schools in the last two decades has been precipitous and alarming. According to the New York Times,

In more recent years the decline in minority enrollment has continued even further. The New York Times' Sharon Otterman wrote in 2011:

The percentage of black and Hispanic students offered admission to the city's elite public high schools inched lower this year, continuing a decade-long slide, according to the results of the city's admissions process released Friday [February 11, 2011]. Just 4 percent of the students offered admission to the seven specialized high schools were black. Notifications were made on Friday. Six percent were Hispanic, 35 percent Asian, and 30 percent white.

In defense of this practice Mayor Bloomberg stated in response to a recent protest against the exclusive use of these tests:

"I think that Stuyvesant and these other schools are as fair as fair can be... There's nothing subjective about this. You pass the test, you get the highest score, you get into the school -- no matter what your ethnicity, no matter what your economic background is. That's been the tradition in these schools since they were founded, and it's going to continue to be."

If colleges look at other factors besides a single test in order to determine a student's eligibility for admission, why can't these specialized high schools do so, too? I administered the Honors Program at SUNY, Cortland in the early 1990s and always looked at a variety of factors besides grades to determine the likelihood of success for an applicant. Personal essays, recommendations from teachers, course choice, location of the high school from which the student graduated, extra curricular activities and civic involvement were all considered in my decision. Some of the students with the higher grade point averages who came from privileged backgrounds were often not able to fulfill the requirements for the program while a significant number of students who worked after school, relied on themselves and who had to work hard to keep up their grades were among the greatest successes. The term "grit" is now being used to describe these students and that is what they had.

If "fairness" is what Mayor Bloomberg wants to use as a way to determine the eligibility of a student for acceptance in an elite school, what is fair about the cultural and economic advantages privileged students have with special coaching and test preps for the exams -- far more than less advantaged students -- and the edge that children of well-informed parents always have when it comes to special programs? If anything, students from less-advantaged families should be given extra points for their determination to overcome the obstacles of poorly supplied schools in dangerous neighborhoods and still have a relatively high score on these tests. I would call such bonus points the "grit factor."

"Elite" public schools should not be almost exclusively for elite students, whether culturally or economically. If diversity is a virtue, and I firmly believe it is, given my many positive experiences as an instructor in one of the most ethnically diverse colleges in the United States , Kingsborough Community College -- why wait until young learners have completed high school? Bronx Science, Stuyvesant and Brooklyn Tech had many qualified minority students attending it twenty years ago; the schools would be enriched tremendously if they were again given the chance to be diverse. 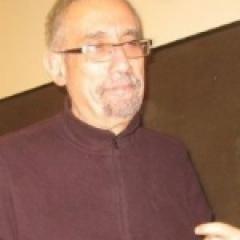