The rise in coronavirus cases and the troubled U.S. withdrawal from Afghanistan have dominated the news, but many teachers also have other concerns: not only how safe their schools are in the continuing pandemic, but also what they will — and will not — be allowed to teach about structural racism.

Educators and their allies in dozens of cities began rallying Friday and plan to continue through Sunday in a national #TeachTruth campaign to draw attention to laws and proposals in numerous states that restrict what educators can teach about racism, sexism and oppression in the United States.

More than 25 Republican-led states have passed or proposed restrictions on how teachers can discuss racism and sexism in a movement that started under President Donald Trump in opposition to something called “critical race theory.”

Critical race theory (CRT) is a decades-old academic framework that examines how laws and public policy have perpetuated systemic racism since the country’s founding.

Although Republicans invoke the term “critical race theory” when accusing teachers of trying to indoctrinate students to reject capitalism and fuel hostility toward White people, the laws do not actually mention it. The vast majority of teachers (if any) don’t use the term and don’t require students to read the work of CRT scholars.

Conservatives have argued that racism is the work of individual bad actors and is not systemic in American law and society. Teachers say that any serious evaluation of the country’s history shows that racism has been a part of the fabric of the United States since it was founded and that they have a responsibility to tell students the truth.

“This manufactured outrage is designed for one purpose — to divide communities along racial lines for political purposes,” Becky Pringle, president of the National Education Association, said in a statement. “This has resulted in educators being targeted simply for doing their jobs and teaching our history.”

In the following post, Jesse Hagopian, a Seattle high school history teacher and activist, writes about his fears for the new school year that go beyond covid.

Hagopian is the author of the forthcoming book “Teach Truth: The Attack on Critical Race Theory and the Struggle for Antiracist Education.” He is also an editor at “Rethinking Schools” magazine, and an organizer with the Zinn Education Project and Black Lives Matter at School. He is the co-editor of the books, “Black Lives Matter At School: An Uprising for Educational Justice,” Teaching for Black Lives, Teacher Unions and Social Justice,” and the editor of “More Than a Score: The New Uprising Against High Stakes Testing. You can follow him on Twitter: @JessedHagopian

I must be honest. I haven’t been this scared about beginning the school year since I was a kindergartner clutching my mom’s hand on the first day of school.

As a teacher in the Seattle Public Schools, I know I’m not alone in my distress as the first day of school approaches. It’s not just the usual butterflies I still get (even after 20 years of teaching) before school starts in anticipation of meeting a whole new group of youths and knowing I will need to figure out how to meet the needs of a very diverse group of learners.

This year’s back-to-school anxiety is generated from two pandemics: the delta variant of the coronavirus and bills banning teaching about structural racism from Republican Party politicians.

Covid has many educators fearing for their lives and the lives of the families whose children they teach. And the bills banning teaching about structural racism have educators fearful for their jobs and their ability to be true to their students about the history of this country.

Beginning in the spring of 2021, a rash of GOP-sponsored bills proliferated in state legislatures around the country with the stated goal of banning any teaching that “the United States is fundamentally racist or sexist.”

According to Merriam-Webster, “fundamental” means “serving as an original or generating source.” Given the genocide of Native American people and the enslavement of African people in the land that became the United States before its founding, you literally can’t teach about U.S. history without talking about systemic racism.

Already in eight states in the United States of America — Idaho, Iowa, Oklahoma, Tennessee, Texas, New Hampshire, Arizona and South Carolina — it is illegal to teach the truth to children.

To date, some 28 states have introduced legislation that would require teachers to lie to students about structural racism and other forms of oppression. The state education boards in Florida, Georgia, Utah and Oklahoma have introduced guidelines banning an honest account of the role of racism in society.

The 1619 Project, and two of the organizations with which I organize — the Zinn Education Project and Black Lives Matter at School — have become some of the primary targets of this right-wing attack.

In addition, individual teachers have come under vicious attacks for daring to teach the truth. Matthew Hawn, a teacher in Tennessee, was fired from his job for assigning a Ta-Nehisi Coates essay and a poem by Kyla Jenee Lacey about White privilege. A teacher named Amy Donofrio was fired for having a Black Lives Matter flag in her classroom. At least four administrators in Southlake, Tex., left amid hostile conditions created from a backlash to diversity and inclusion efforts that they were helping to lead.

Even in states without the bills that ban teaching about structural racism — such as Washington — educators are facing a backlash for teaching the truth about American history and current events.

A teacher in the Tri-Cities area had physical threats made against her for signing the Zinn Education Project’s pledge to “Teach the truth — regardless of the law.” (The last part is no longer part of the pledge.) Seattle school board candidate Dan Harder ran a campaign opposing critical race theory in schools. The Chehalis School District passed a resolution that explicitly states students will not be taught that people are “guilty or innocent” based on their race — a straw man argument that suggests educators who teach about racism are trying to shame White people, rather than help youths understand the way multiracial movements can challenge structural racism.

In the face of these attacks, the Zinn Education Project and Black Lives Matter at School have launched the #TeachTruth campaign in an effort to push back against these racist bills.

A central component of the #TeachTruth campaign is an online pledge to teach the truth — regardless of bills trying to outlaw honest history — that has already garnered more than 7,200 signatures.

The African American Policy Forum has joined with Black Lives Matter at School and the Zinn Education Project; all three groups are planning rallies and mobilizations for this weekend. Additionally, Black Lives Matter at School is organizing a national day of action in schools on Oct. 14 — George Floyd’s birthday — and is calling on educators to teach lessons that day about structural racism and oppression.

As part of this weekend’s action, educators and organizers in Seattle are planning a rally at Yesler Terrace — the first racially integrated public housing project in the United States. Many of my students over the years have lived in Yesler Terrace, and it has housed generations of low-income Black, Indigenous, people of color (BIPOC), refugees and people with disabilities. But city policy has undermined the Yesler Terrace project, as organizers of the Seattle rally pointed out in their news release:

Yesler Terrace used to consist of 561 homes for low-income residences. The new development at Yesler Terrace only consists of about 300 apartments that are owned by the Housing Authority and have rent set at 30 percent of the household income. The rest of the apartments are privately owned and rented at market rates. There is less low-income housing in Yesler Terrace now.

Policies that have reduced the number of public housing units available in BIPOC communities — after generations of bank redlining restrictions — reveal the way that structural racism works and why it is so important for students to be racially literate.

Yet when teachers help students understand the way structural racism operates, right-wing politicians howl that they are politicizing the classroom. The reality is, however, that students are already talking about these issues and demanding that educators address them.

Students are asking us about why their schools and neighborhoods are so segregated, why there are so many cases of police brutality, why it is so hard to vote, or why more people of color are dying of covid. Educators can either deceive students about the powerful role of structural racism in answering these questions, or they can help students better understand the world they live in so that they can change it.

For me and many educators around the country, there’s no choice. We are teaching honest history because it’s our duty.

I certainly have apprehensions about the school year starting during a pandemic and knowing that the kind of teaching I do can make me a target.

But I also know what side of history I’m on. As the great educator Septima Clark, called the “Queen Mother” of the civil rights movement, once said: “I believe unconditionally in the ability of people to respond when they are told the truth. We need to be taught to study rather than believe, to inquire rather than to affirm.” 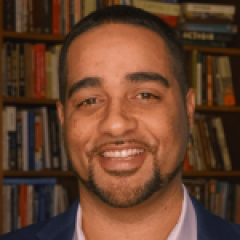 Jesse Hagopian teaches Ethnic Studies and is the co-adviser to the Black Student Union at Garfield High School–the site of the historic boycott of the MAP test in...
Author Profile
Quick Search
Sign up for NEPC Emails