As children return to school in many neighborhoods across the country, this op-ed by community health researchers William Lopez and Nicole Novak pays tribute to school teachers as key supports for immigrant families.

Since worksite raids like the recent one in Mississippi occur during the workday and can result in parents being taken while children are at school, it’s often teachers, counselors, principals and superintendents who scramble to care for children whose parents may have just disappeared. Educators grapple with the task of how to tell their students that some will not be picked up by their parents at the end of the school day. Teachers develop ad hoc meal delivery systems to keep children fed when parents no longer leave the house to buy groceries.  Bus drivers are instructed by superintendents not to drop off children at the empty houses of their detained parents. And school counselors guide students through the psychological and emotional tumult of parental removal.

Still many kids simply do not show up to school following immigration raids. In the broader study of immigration raids, the community health researchers reveal the impacts of raids in four major worksite areas where raids occurred in 2018: Mt. Pleasant, Iowa, Bean Station, Tenn., Sumner, Texas, and O’Neill, Neb. Through interviews with immigrant detainees and their families, lawyers, faith leaders and teachers, community surveys, and vital records, they find that immigration raids inflict fear and trauma, destabilize families, create widespread distrust of government services, and negatively impact school attendance. To give one example from the study, in August of 2018, ICE raided a meat-packing plant in Bean Station, Tennessee. The next day, 500 kids were absent. In Mt. Pleasant, Iowa, a middle school teacher shared, "So when I got to school I kind of tried to observe and just see if my Hispanic kids were there, and they weren't. I think we had over 100 missing." More on this study in the full-length book, Separated: Family and Community in the Aftermath of an Immigration Raid.

These risks were front of my mind as a I read a nearly contemporaneous article about apparently unsuccessful efforts of White House officials since 2017 to block undocumented immigrant children from public schools; also described here. The effort to close school house doors was part of Stephen Miller's slate of proposals to restrict immigrant access to public benefits that includes the public charge rule now set to go into effect within 60 days unless invalidated in courts. The effort to restrict public education was reportedly abandoned only after repeated avowals that such blockages would defy the 1982 Supreme Court decision Plyler v. Doe and violate the equal protection of immigrant children.  (Among other excellent recountings, see the writings of Hiroshi Motomura and Michael Olivas on the continuing importance of Plyler.) 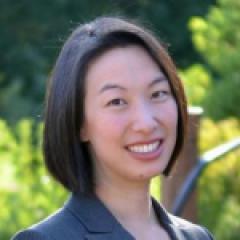 Ming Hsu Chen is an Associate Professor at the University of Colorado in Boulder, where she is a faculty member of the law school. She is the Faculty-Director of ...
Author Profile
Quick Search
Sign up for NEPC Emails