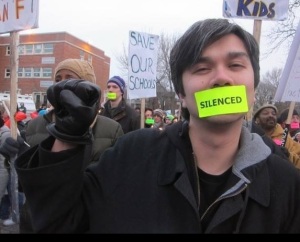 Xian Franzinger Barrett: The people who are talking about this genuinely on both sides are talking about the same thing, it’s just that the problem they’re trying to address is pervasive and terrible. This idea that we’re unseen and unheard unless we’re measured has a basis in history and reality, so I think it’s important that we don’t lose that. But anyone who says *you’re not going to be acknowledged unless you’re tested* is either too pessimistic or they’re racist. We also have to acknowledge that the very fact that people aren’t being supported or treated equitably unless they’re measured is racism. No one would ever say: *the rich kids in this private school—we don’t have a good measurement of them so we’re just not going to give them an education.* That’s just ridiculous.

EduShyster: That was only my first question and I’m pretty sure that already you have caused a number of heads to explode. So let’s keep going. You argue that accountability without equity actually ends up deepening inequity. Explain.

Franzinger Barrett: You think of that old expression about how when one person gets a cold, the other folks get pneumonia. If you mandate testing, it’s going to cause a mild disruption in most privileged communities, and it’s going to utterly decimate education in high-needs communities—unless, of course, there is some kind of intervention to stop that from happening. So when people say: *to acknowledge these communities, we have to do testing,* we need to ask why the communities aren’t acknowledged—and how are we going to make sure that this doesn’t become another inequitable thing stacked on top of people who are already burdened by inequity. You have the folks who argue that we need data on everything, everywhere saying that *if no one is watching what’s happening to the highest needs kids they’re not going to be supported.* But the flip side of that is that if there’s no filter for equity, you end up creating impossible burdens on the students, the parents and the teachers. 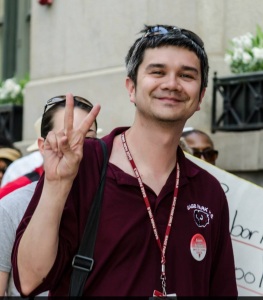 EduShyster: Well, I can tell you that you’re wrong because it says so right here in this internal messaging guide *How to Talk About Testing.* And one of the first thing it says is that if a parent or teacher tells you that there is too much testing, explain slowly and in simple language that they are wrong.

Franzinger Barrett: The burden of testing is inequitable. I’ll tell you what it means in the kind of environment that I’ve taught in. I happen to have a progressive principal now who advocates for our students and our building. But I’ve had 10 principals in 9 years in the Chicago Public Schools, and most have pushed the central office line on test at the staff and students of the community. So you’ve got a principal who spends most of her time outside of the building being harassed by higher ups about low test scores. She then comes back to the building and says *we’ve got a new plan and all of our resources are going to go to support test prep,* which means no field trips this year. Usually the plan isn’t based on any real research. The plan gets passed down, which means that every teacher is forced to ask themselves in an individual context: how do I weigh what I know is best for young people against my job? Teaching engaging lessons with culturally relevant curriculum is a hard thing to do even when you’re fully supported. But it becomes almost impossible when you’re basically being asked to risk your career in order to do that. What I need to do to really teach the highest needs students well automatically puts me at odds with higher ups in a district that’s focused on testing.

EduShyster: I follow you on Twitter, where you are a master of, among other things, the 140 character history lesson, especially when it comes to reminding people that inequity didn’t exactly arise with the advent of standardized testing.

Franzinger Barrett: I think it’s important that we don’t frame testing and the resulting narrowing of the curriculum as a new thing that has created inequity. While testing has created more inequity, high needs minorities communities have always been subjected to compliance-focused education—with one important exception: when these communities have run their own educations. Jean Anyon has written about the hidden curriculum of schools and how schools have been set up to teach empowerment and creativity and agency to affluent kids, but to teach working class kids to be compliant and follow orders. What’s interesting is that these sort of *improve everything* charter schools tend to fall into the second category. We can look back before Brown vs. Board of Education and say education was a catastrophe because of under-resourcing. When we look at the actual agency that African-American teachers had teaching African-American students, an argument can be made that it was better. 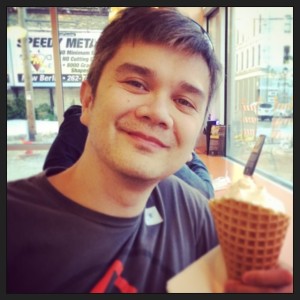 EduShyster: Since this interview is about race and equity, I have to ask you about racial tensions within the pro-public education movement. You’re a leader of that movement but you’ve also been a sharp critic of it for being overly white and frankly out-of-touch when it comes to issues of race.

Franzinger Barrett: So much of it has to do with organizing strategies and our core beliefs about what a pathway to freedom or a march to freedom looks like. We need to face the fact that it’s not possible for the privileged to lead a movement for educational justice on behalf of high-needs communities—and I would place myself in that privileged group here. Whether it’s our stance on testing or a just and empowering curriculum or teacher evaluation, we would all do better if we sat down and listened to the communities we work in and the students we serve. And we need to be prepared to hear some very harsh realities. I’m very interested, by the way, to see what happens this spring with our Network for Public Education (which I’m on the governing board of) conference in Chicago because you have a lot of great people with awesome motives who have worked their butts off for justice who are scratching their heads and asking *why are we so white?* I don’t think this is about shaming that. We have to address it head on and ask: *What is our long term plan to ensure that our movement is led by those most affected by policy?*

Teaching engaging lessons with culturally relevant curriculum is a hard thing to do even when you’re fully supported. But it becomes almost impossible when you’re basically being asked to risk your career in order to do that. What I need to do to really teach the highest needs students well automatically puts me at odds with higher ups in a district that’s focused on testing.

EduShyster: That idea that teachers need to listen to their students and the communities they’re from is a big part of the vision of CORE, the Chicago Teachers Union’s Caucus of Rank and File Educators, that you’re part of. Give us an example of what you hear.

Franzinger Barrett: In my 9th year of teaching in Chicago’s Gage Park neighborhood, I did peace circles with my students, which are safe spaces where participants can share their experiences without judgment. It was like being a first-year teacher again. I had assumed for all of those years that the honors kids liked the way they were learning at the school and the highest-needs kids, who I spent my time with, didn’t. But what I found out was that all of those kids who were doing great on tests hated the general school culture too. It was just that they’d learned along the way that there was some compensation for towing the line. And that was really hard. It was hard as an educator to stand there and hear that, as good as your motives are, you’re still part of the team that’s trapping us in this oppressive place. I was really thankful that they were willing to tell me that. That led to a lot of effective activism to make our school a more affirming, welcoming place. It was a tough moment but something beautiful came out of it.

EduShyster: One of the things I love about you is that you talk about *peace circles,* and say things like *march to freedom.* No one talks like that! Other than listening to Xian Franzinger Barrett, who else should we be paying more attention to in the debate over the future of public education?

Franzinger Barrett: Voices of Youth in Chicago Education (VOYCE) did opt-out work that wasn’t covered much. The first thing they did was hold protests and press conferences to try to get the right to take the ACT—because many students had been declared ineligible in order to raise test scores. Then not long after they led a walk out from the ACT Workkeys test because they said that it was more likely to steer them towards non-professional jobs as youth of color. Some of the reporters found this very confusing and wanted to know how students could be demanding to take the tests one week and refusing to take them the next, but to VOYCE that was the whole point. They wanted a choice and a say. I just want to point out though that there tends to be a lot of overlap between groups that are doing great work around high-stakes testing with other community groups, because the issues all intersect. So it’s hard to be in community and care about testing and not also work on the school to prison pipeline or curriculum justice. So I’d point to folks like the Schools LA Students Deserve, Project NIA, the Black Youth Project, the Algebra Project, the student unions in Providence and Philly. Those are some of the groups I’m looking to learn from.

Xian Franzinger Barrett is a 7th/8th grade teacher in the Chicago Public Schools. Send tips and comments to tips@edushyster.com.