The school privatization movement has branded itself a massive experiment in innovative approaches to education. In reality, it’s primarily been an experiment in how to funnel money from the public sector into the private sector using nonprofit organizations as intermediaries.

And yet many people, even impassioned public-education activists, struggle to understand the mechanisms by which charter schools turn a profit. Here’s a clue: the charter-school lobby is currently up in arms about a bill that blocks federal funds to any charter school that “contracts with a for-profit entity to operate, oversee or manage the activities of the school.” They claim it forces them to choose between public money and private management — and they don’t want to choose.

The House Appropriations Committee was inspired to include that provision after reading a report published by the Network for Public Education (NPE) called Chartered For Profit detailing how charter schools are operated for financial gain. Jacobin’s Meagan Day spoke with Carol Burris, NPE’s executive director, about who makes money from charter schools and how it’s done.

All charter schools, with the exception of those in Arizona, are required to be nonprofits. And yet people are making massive profits off of charter schools. How does that work?

The way that some charter schools, though not all, generate profit is that they create a for-profit management company. The original charter is secured by the nonprofit, which gets federal, local, and state funds — and then the nonprofit turns around and gives those funds to the for-profit company to manage the school.

Now, some of these for-profits only provide a limited amount of services. But an awful lot of them, especially some of the big chains like National Heritage Academy, operate using what is known as a “sweeps” contract. The reason they’re called that is the for-profit operator sweeps every penny of the public money that a charter school gets into the for-profit management company to run the school.

The for-profit then either directly provides services, from management services to cafeteria services, or they contract out with another for-profit company to provide services. Either way, the goal is to run the charter school in such a way that there’s money left over. And the more money they save by doing things like hiring unqualified teachers and refusing to teach students with special needs, the more money is left at the end of the day.

What is the role of real estate in generating profit in the charter-school sector? And what about online charter schools, which have no real estate?

Real estate is another way management companies often use make profits. They get all kinds of tax advantages and low-interest loans to buy a property, and then they lease the property at a big profit to their charter schools.

Public money goes into the charter nonprofit and goes out to the for-profit real estate company, which owns the building. So essentially you have the taxpayer paying the mortgage. And then after the mortgage is paid off, they’ll sell it to the charter school at an inflated price.

Online charter schools have their own strategies. The two biggest online charter-school chains are Pearson and K12, which you can also read about in Chartered for Profit. They find people to serve as board members, people who maybe the local charter-school advocacy organization recommends, and that nonprofit board becomes the puppet of the for-profit management companies.

In order to run the school, the nonprofit has to buy services from the for-profit, which does everything from soup to nuts. The for-profit provides the curriculum, the teachers, the books, the computers. They charge a high price for these things, and when the nonprofits inevitably can’t afford to pay for it all with the public money they receive, the for-profit lends them the money.

This debt keeps the nonprofits connected to the for-profits. They can’t get out of this arrangement unless they’re willing to pay it off, which they can’t afford to do. And that gives the for-profit companies license to keep charging exorbitant costs for services — whatever they can get away with in any given state.

It seems there’s also a lot of theft and fraud in the charter-school sector. The Network for Public Education has a page on its website dedicated to collecting news items about charter scandals across the country, and there’s often one a day. What on earth is going on?

This is true on both the nonprofit and for-profit side of things. You can see the sheer volume of charter-school scandals on that section of the website, which we update at the end of every month.

We see people inflating prices, creating phony invoices, lying about attendance, doing business with for-profits and not telling anybody, and outright stealing. Sometimes people will just take the credit card for the charter school and go to restaurants, go to the mall, go to Disney World. I don’t even get shocked anymore. And we’re not talking about chump change; we’re talking about hundreds of millions of dollars.

Take, for example, the A3 charter schools scandal in California. These two characters started a nonprofit charter school, and they had all these companies on the side that they could dump the money into. Then they went to districts and, for a cut of the profit, had students sign up for their online summer school, which the kids would never actually attend. They got caught after they took $50 million from the state of California, and now they’re looking at a lot of time in jail. One of them even fled to Australia.

In Ohio there was the ECOT scandal, another multimillion-dollar scam. It was an online charter school that was cooking the books on attendance. This happens a lot with online charter schools. They report that kids attended when they did not, or just quickly logged on and logged off. Meanwhile they’re getting a per diem rate for attendance from the state.

In Texas there was the IDEA scandal. IDEA promised great performance for poor kids and everyone thought they were the best thing since sliced bread. They even got $200 million from Betsy DeVos. But then it turned out that the leadership team was improperly using public funds for their personal benefit, flying first class, buying season box seats, renting private jets. The entire upper management team was terminated, starting with the founder.

Individuals can become very wealthy if they run charter schools, whether for-profit or nonprofit. Eva Moskowitz, who’s in charge of Success Academy Charter Schools in New York City and nowhere else, pulls down a salary of nearly $1 million a year. By comparison, the New York City public schools chancellor makes about $250,000 a year.

A lot of this is possible simply because there’s so little oversight. I was a public-school teacher and then a high-school principal. Purchases had to go out to bid and everything was very transparent. I couldn’t contract with my Uncle Louie’s furniture company to buy desks. But you can in the charter-school world.

With the for-profit companies there’s no transparency. The state can come and say, “Open your books,” and they can say, “Nope,” and get away with it. With the nonprofit entities there’s a little more transparency, but even then you can’t really see what’s going on in their related organizations, because those organizations are not open to public scrutiny. They’re private.

On top of that, in most public-school districts you have an elected school board, or you have a mayor who runs the school. If you don’t like what they’re doing, you can throw them out of office. But the nonprofit boards are all privately appointed boards. You have billionaires sitting on these boards, and they invite their friends and create a chummy inner circle, and nobody else has any idea what’s going on.

The charter-school lobby says that this model is necessary for innovation. But what is it about the ability to commit fraud and avoid transparency that helps you to be more innovative? The innovation that we’re seeing too often, sadly, is criminal manipulation. 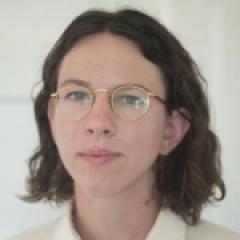 Meagan Day is a staff writer at Jacobin magazine. Her articles have also appeared in The New York Times, The Guardian, Vox, n+1, The Baffler, In These Times, Moth...
Author Profile
Quick Search
Sign up for NEPC Emails