Alfie Kohn: Is It Enough for Learners to Be “Engaged”?

“To enhance achievement, one must first learn how to engage students.”

That challenge by Fred Newmann, emeritus professor of education at the University of Wisconsin,1 could serve as the motto for an entire movement by thoughtful theorists, researchers, and practitioners in the field. And it makes good sense: For students to learn most effectively, they have to be committed to what they’re doing.

More precisely, to describe students as “engaged” is to focus both on how they’re acting (absorbed, involved, effortful) and how they’re feeling (enthusiastic, satisfied, proud). By contrast, those who aren’t engaged may just go through the motions, appearing passive and withdrawn while feeling bored or anxious.2

Like many others, I’ve often used “engaging” as a kind of shorthand for a good lesson and “engaged” to signify the desired student reaction. But with the help of some pointed observations from other thinkers, I’ve been taking a closer look and have come to believe there are two distinct problems with the concept.

First, as I’ve discussed elsewhere, engagement, like a number of other terms, has been co-opted by traditionalists and all but drained of meaning. Adults talk earnestly about maximizing student engagement even in classrooms and schools characterized by a “bunch o’ facts” curriculum or a teacher-centered pedagogy, places where kids have to fill out worksheets, listen to lectures, slog through textbooks, and regurgitate information on tests. It finally dawned on me that the word had just come to mean that kids were really compliant. (See also: “motivated.”)

But engagement may be a problematic goal even for those of us who recall its original meaning, who value deep thinking, honor students’ experiences, and reject a control-based model in which standardized lessons are enforced by high-stakes tests. Yes, genuine, joyful engagement is a lovely thing to behold, and it may be a prerequisite for, or at least a contributor to, learning. But maybe it’s not sufficient.

Consider this provocative observation by Susan Engel, a developmental psychologist at Williams College: “A teacher can be talking about things that captivate the students, and the students can be deeply interested in a topic — quite engaged in a discussion or activity. But that in and of itself doesn’t mean the children are asking questions, or that their questions reflect curiosity.”3

Or ponder this comment by Susan Linn, who helped to found the Campaign for a Commercial-Free Childhood: “‘Engagement’ in an experience doesn’t necessarily mean it’s either useful or meaningful.” For example, young children may be mesmerized by images on screens, but they are in “a world mediated by decisions made by someone else about what they should look at,” deprived of “acts of volition – of exercising and satisfying innate curiosity.”4

Engel and Linn are saying we shouldn’t be satisfied just because children are captivated by what they’re doing. An activity can be engrossing without being intellectually valuable if it doesn’t support their autonomy and if it isn’t connected to what they want to know.

Other thinkers, meanwhile, have drawn a straightforward distinction between what’s engaging and what’s cognitively engaging. Play, for example, is enjoyable by definition but doesn’t necessarily result in meaningful learning (although it can).5 This concern seems to come from a different direction than Engel and Linn’s caution. Rather than emphasizing that children should be able to develop and pursue their own interests, it says engagement is insufficient because we need to consider whether a task demands mental effort.6

But when you look at what actually promotes cognitive engagement, you end up with something quite close to what Engel and Linn are talking about.

Research has found that students who are cognitively engaged7 are motivated by a desire for “task mastery” — they really want to figure stuff out — and that, in turn, is promoted by curiosity and autonomy. It’s also distinguished by the absence of other sorts of goals, such as wanting to impress the teacher or outshine one’s classmates or be perceived as smart.8

Those other goals, unfortunately, are elicited by grades, tests, competition, and other features of traditional schooling that lead kids to focus more on their level of achievement — how well they’re doing — than on what they’re learning. They may be working hard, but often without the genuine enthusiasm and curiosity that promote cognitive engagement.9

If we want kids to be deeply engaged in an intellectual way, then they have to regard what they’re doing as meaningful. (As do their teachers!10) That’s partly a function of the activity itself: A real-world project, such as taking soil samples to determine which neighborhoods are the most polluted (and why), is likely to be experienced as much more meaningful than memorizing a list of chemicals to score well on a quiz.

But it’s also a function of whether students are able to choose and design the activities, to pose and find answers to their own questions. As Neil Postman and Charles Weingartner put it many years ago, “There is no way to help a learner to be disciplined, active, and thoroughly engaged unless he perceives a problem to be a problem or whatever is to-be-learned as worth learning, and unless he plays an active role in determining the process of solution.”11

The late Vito Perrone, an influential progressive educator, wondered (appropriately) how the kids themselves might explain what pulls them in to what they’re doing. He asked “students of all ages and levels of academic success to describe those occasions in educational settings when they were most engaged intellectually.” The most common responses included having

* autonomy (such that the students “helped define the content”),

* enough time so they could “wonder and find a particular direction that interested them,”

* the chance to grapple with questions that triggered their curiosity and whose answers “were not predetermined or fully predictable,”

* teachers who were passionate about their work, and

* projects that culminated in some sort of product and allowed them to acquire a measure of expertise.13

Each of these features is valuable in its own right, of course. But here I want to emphasize the role that they play collectively in facilitating cognitive engagement: Students are not merely doing something willingly but also deriving intellectual benefit from doing it.

2. For details about this model, see Ellen Skinner et al., “Engagement and Disaffection in the Classroom,” Journal of Educational Psychology 100 (2008): 765-81.

5. As I noted some years ago, drawing from the thinking of the late Hermine Marshall, to think dichotomously about work and play is to overlook the fact that learning is “a third alternative, where the primary purpose is neither play-like enjoyment (although the process can be deeply satisfying) nor the work-like completion of error-free products (although the process can involve intense effort and concentration).” I wrote more about what play is and isn’t, meanwhile, in an essay called “Five Not-So-Obvious Propositions About Play.”

6. This is reminiscent of how some theorists talk about the importance of “academic press” – an insistence on high expectations for learning. See, for example, Joseph F. Murphy et al., “Academic Press: Translating High Expectations into School Policies and Classroom Practices,” Educational Leadership, December 1982: 22-6.

7. Some educational psychologists assess the degree of cognitive engagement by looking at whether students ask questions silently while they read or listen, whether they go back over material they don’t understand, and whether they spontaneously make connections to what they already know.

9. One study, for example, showed that, while students who were emotionally invested in a task made more of an effort, the reverse wasn’t true: Those who had been led to try hard (possibly so they would receive better grades or adult approval) didn’t necessarily become more emotionally invested. They did, however, often become anxious. See Skinner et al., op. cit.

10. As Jerome Bruner observed, if a curriculum “cannot change, move, perturb, inform teachers, it will have no effect on those whom they teach” (The Process of Education [Harvard University Press, 1977], p. xv).

13. Vito Perrone, “How to Engage Students in Learning,” Educational Leadership, February 1994, pp. 11-3. Research confirms the connection to engagement of many of these factors, particularly the experience of autonomy, competence, and positive relationships with teachers. See Skinner et al., op. cit., p. 777, and the enormous empirical literature associated with self-determination theory. 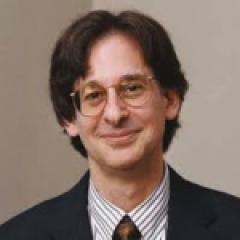 Alfie Kohn writes and speaks widely on human behavior, education, and parenting. His 14 books include Punished By Rewards (1993), The Schools Our Children D...
Author Profile
Quick Search
Sign up for NEPC Emails