For the Love of Learning: First Grade in Finland: Every Day is a Half-Day (by Tim Walker)

This was written by Tim Walker who is an American teaching in Finland. Tim has an insightful blog titled Taught by Finland. Tim tweets here. You can find this post on Tim's blog here.

When I was teaching first grade in the Greater Boston area, my Finnish wife, Johanna, loved to tell me about schools in Finland. Most of what she told me sounded mythical.

For years, I refused to believe my wife. My reality as an American first grade teacher was just too different from the one she described.

Many of my first grade students were a full year or two younger than their Finnish peers. Our school days lasted seven hours. Unlike Johanna’s friend, I was pulling in 50-hour weeks of teaching and planning. I just didn’t believe that another way was possible until I started teaching in Finland.

In the hallways of my Finnish school, I often observe first graders packing up their backpacks to go home at 12:00. Even though the school year began in August, this is still a strange sight for me. This would have been the sign of a half-day at my previous school. In Finland, this is normal for first graders.

As a first grade teacher in the States, I found that the afternoon was the toughest part of the school day. When my students returned from lunch and recess around 1:00 PM, I noticed a sharp drop in their energy levels. And they weren’t the only ones who were tired. I was exhausted, too.

During the afternoon, I often felt the urge to give my young students time for unstructured play. Sometimes I’d hear them wistfully recall how there used to be free play in kindergarten. On the rare half-day, my students were always brimming over with excitement.

Even though my American first graders craved unstructured time, I would feel guilty about providing it in the classroom. In my mind, free play was babyish. It was non-academic. Although my students and I found ways of coping with the afternoon blues, I always wondered about the Finnish model that my wife would rave about. Was there a way for first graders to have enough time for both work and play in a school setting?

Although I’m a fifth grade classroom teacher in Finland, I’ve been able to spend several hours observing and co-teaching first grade classes at my school. I’ve found that first grade in Finland is actually quite academic. I’ve yet to see first grade teachers who use class time for unstructured play.

What I have seen, however, is a school structure that provides children with more opportunities to play. Each lesson is one hour long, but according to Finnish law, students are entitled to take a 15-minute break every lesson. On almost every occasion, younger students spend these breaks outside with their friends.

In Child and Adolescent Development for Educators (2008), professors Judith Meece and Denise Daniels praise the wisdom of structuring regular breaks for social interactions and physical activities during the school day. Research has shown that these breaks work to improve concentration and attention during classroom times.

Although first graders in Finland usually spend just four hours at school, these break times obviously reduce the total number of hours that they log in the classroom. All told, they only spend about three hours in class each day. Even on a half-day at my previous school, my American first graders would still put in more classroom hours than their Finnish peers on a full-day schedule.

Heading home at 12:00 or 1:00 PM gives these young Finnish students more opportunities to engage in deep play. This is the type of play that helps children to develop creativity and analytical thinking.

According to Myae Han, assistant professor of human development and family studies at the University of Delaware, deep play starts to emerge at about 30 minutes. Researchers have found that children actually stop trying to achieve this higher quality of play if they anticipate interruption. Giving children lots of time for free play will foster this deeper level of play (Blair, 2014).

Of course, this is a difficult task to accomplish in most elementary schools, even in Finland. This is why shortening the number of school hours for young children is sensible. It provides them with more time to access this deeper level of play afterschool.

When Less is More

There is mounting pressure to increase the amount of time that American students spend in school.

In his recent State of the State speech, New Jersey Governor Chris Christie said, “It’s time to lengthen both the school day and the school year in New Jersey. This is a key step to improve students outcomes and boost our competitiveness.” According to Governor Christie, the current school calendar is “antiquated.” He seems to believe that increasing the quantity of school hours will improve the quality of a student’s education (Morones, 2014).

Governor Christie is misguided. It’s not the length of the school year that is antiquated, but the length of the typical school day for America’s youngest students. Why do most American first graders put in the same number of hours as upper-elementary students? In Finland, students in the younger grades have less hours of school than the older ones. Ironically, my fifth graders in Helsinki have less class time each day than the first graders I used to teach in the Greater Boston area.

Every day I see first graders who thrive with shorter school days in Finland. They can (and often do) spend hours engaged in deep play long after the school day has ended, developing their creativity and analytical thinking skills. 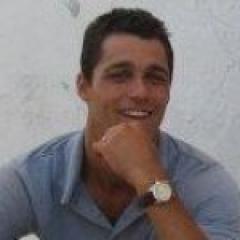 Tim Walker is an American teacher at a Helsinki public school.
Author Profile