The Florida Department of Education has released a report on teacher shortages in the state, for the 2019-2019 school year, and the news is not great.

The news is not just that there's a shortage (that's old news), but that Florida deals with the shortages by filling classrooms with teachers uncertified for the subject. The news is also in where the shortages are being felt.

It's not unusual to see shortages in the special education area, and science also turns up on the list of shortages. But Florida's shortage areas include English, math, and reading, in addition to some science areas. 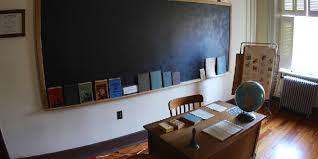 It is a puzzler, but let's drill down on some of the data, because the report has some really nice charts.

The report measures shortages with three different data points, then maths them together for an overall ranking, but the three categories are interesting. First, we consider the percentage of courses taught by people not appropriately certified. In that category, English ranks at the top, followed by reading, followed by Exceptional Student Education (that's pretty much every kind of special ed). ESOL (ESL) comes  in fourth, followed by general science and then math. The English is surprising-- since when have English and Reading been hard spots to fill.

If we look at projected openings (as reported by districts) a different pattern emerges. The top category for expected vacancies is elementary education. Elementary education comes in dead last for classes being taught by an uncertified teacher, which suggests that Florida schools have an easy time finding elementary teachers and a hard time holding onto them. ESE is second, Pre-K is third, and then it's English, math and reading. ESE is not unusual, but Pre-K? It's almost as if there's a state policy that makes Pre-K employment too shaky and unpleasant to consider.

The third category ranks subject areas by the percentage of college teacher program photo-teachers who complete their programs. Our problem areas at least look a little better here.

The report looks at how many people hold certificates in various subject areas, with 96,000 Floridians (about 22% of the total credentials) holding elementary ed certificates. Math (18K) and English (20K)  are not widely-held certificates. And general science accounts for just over 6,000 certificates.

These charts show off some fun data. The next one breaks down the number of classes taught by sub sect. So, there are 35,181 English classes taught in the state, and 4,498 of them are taught by someone who is not certified. Perhaps the most alarming stat on this chart is that out of 64,812 ESE classes, 5,277 are taught by someone without proper certification. That's huge number of students with special needs not getting proper educational care.

Let's look at new(ish) completes-- the number of new teachers rolling out of the teacher pipeline. Well, rolled out, because the most current data is rom 2015-2016. There are some big zeros here, like drama and computer science and tech education and school social worker. Math, only 165 new teachers, which was still way better than the sciences. English, 207. Reading, 214. The grand total was 4,372, which seems like slim pickings for the entire state of Florida and barely enough to match the number of teachers that were needed last fall).

Finally, a chart breaking things down by F and D schools, as well as urban vs. rural. D and F schools have about 11% of their courses taught by people without appropriate certificates. Urban schools run around 8% and-- surprise-- rural schools are in the best shape, with only 5.4% of their courses taught by those not certified (that's still 1,650 courses, so not nothing).

The report strictly reports the data and does not attempt to explain it. Lots of folks have taken a shot at explaining the source of Florida's teacher woes, but it doesn't take a rocket scientist. Some shortages are national (public education will always be the low bidder for folks who can science), but Florida has taken extraordinary and steady efforts to chew up public education and spit out the pieces.  While there are some terrible states for education policy in the US, Florida's political leaders have made a good case for Florida being the worst. Teachers are devalued and disrespected. public schools are steadily and systematically stripped of resources and support. And the bureaucracy has built a giant wall of stupid between teachers and the goal of educating students. Florida is also fully committed to the Cult of Testing, and I have to wonder if it's not entirely coincidental that the two highly tested subjects-- math and English/reading-- are then areas of shortage.

One worries that a whole portion of Floridian leadership looks at this report and says, "Good!" Everything that makes the public schools look worse simply makes the shabby, fraudulent and inadequate charter industry of Florida just look better by comparison. For some of Florida's leaders, it's not bad public policy-- it's just good marketing.

But there it is in the annual report. The shortage is real. How will Florida respond? Well, they could come up with recruitment ideas. Or they could make it easier to become a "teacher" by "alternative" certification means. Or they could sit on their hands a do nothing. Or they could actually listen to the Free Market's wisdom, which says that if you want people to make your job, you have to make it more attractive with better pay and work conditions. I'm sure that the Governor DeSantis's new education team, loaded with privatization fans, will do the wise thing.

In the meantime, let's hope that other states are paying attention. Because Florida doesn't really have a teacher shortage. What they have is a slow-motion teacher walkout, with teachers waling out because they just can't take it any more. Only unlike the kinds of walkout we've seen in Los Angeles or Oklahoma, this one won't end any time soon, and the teachers who walked out will never be back.