The Governor of Georgia, Nathan Deal, who was just elected to a second term, has proposed that he become the education Czar of Georgia by holding the power to put schools on a list that could be taken over by central command, in downtown Atlanta at the Twin Towers.

But here is the “deal,” this simply is a bad deal for schools that are put on a list based on “data” that sets up some schools for failure, according to the state’s definition of failure.

In the last century Theodore Roosevelt introduced the “square deal” which was an attempt to help middle class Americans by countering the power of corporations.  In the 1930s, Franklin D. Roosevelt initiated the “new deal” which was a series of domestic programs to in response to the Great Depression.

Now, in the 21st Century, the Governor of Georgia has introduced the “bad deal” for Georgia parents whose children attend schools identified as “chronically failing.”  In the “Square and New Deals,” there was evidence to support these deals.

In the case of Nathan Deal’s “Bad Deal,” the data or evidence that will be used to take over some schools is nothing short of giving the schools to private charter firms, who will reap millions of state funds, and then will make deals with Teach for American and the New Teacher Project to bring in uncertified and inexperienced teachers to work with students that Deal claims are “chronically failing.”

In an earlier post, I investigated Georgia’s Race to the Top (RTT) program and reported that Georgia’s Race to the Top has clear, yet questionable relationships with Charter Management Companies, Teach for America and The New Teacher Project. Charter management companies are private nationally based firms that receive public funds intended for public schools. The Race to the Top insures that management firms are welcomed into the 11 states and D.C., at the detriment to local school districts.  Georgia is one of these states.  And Nathan Deal sees an opening to join to “take over” mentality.

One of the goals of the RTT Georgia plan is to turnaround the lowest-achieving schools. In this scenario, the state fires the principal, and no more than half the faculty, and replace them. One of models is the “restart model” whereby a school is converted, or closed and then opened by a charter school operator, a charter management organization, or an education management organization.

Georgia’s five-year RTT program has laid the ground work to unleash charter schools with false claims and lots of money. The problem here is that charters have not been more effective than regular public schools, and indeed it would be better for a parent to send their child to a public school than a charter. For example, data from Dr. Michael Marder’s research, University of Texas shows that not only is poverty correlated with low test scores, but charter schools are at the bottom of the graph showing how ineffective they have been in improving academic achievement. Charter schools also have increased the segregation of children. Instead of seeking other possible solutions, such as teacher enhancement and staff development, health care for families, social services that offer opportunities and help in alleviating poverty and unemployment, investment in the infrastructure of the communities of these schools, all the state can come up with is firing 50 percent the staff, and then hiring inexperienced and non certified part-time teachers.

To staff these new “taken over” schools, the state will look to teacher preparation mills such as Teach for American and The New Teacher Project. In the mind of some education officials, one way to get great teachers is to partner up with these two organizations that “train” teachers during a boot camp style summer program lasting at most six weeks.

This is a sweet deal for these two organizations. Georgia has already paid millions to them. Teach for America received $4,837,104 through June 30, 2012. The New Teacher Project received $3,002,890 through the same period. Why would the state pay out $7,839,994 to hire inexperienced and non certified teachers, and place them in schools that have been identified as “low achieving.” Through this period, the total expenditures of the Georgia Race to the Top is $69,765,001. More than 11 percent of the budget was allocated to these organizations who prepare non certified teachers.

Thousands of Georgia teachers lost their jobs over the past three years, yet the state is willing to hire nearly 500 inexperienced and non certified recruits from Teach for America and The New Teacher Project, at a cost of about $14,000 each.

How is this plan going to improve the quality of the teaching profession in Georgia when the state seems bent on replacing experienced and well-educated teachers with people who’ve already indicated they are only going to stay for two years and move on to something more lucrative?

The relationship between the government and these private organizations is enough to get your attention. Why spend so much money on non certified teachers when the goal is somehow improve teaching, and get what the state calls Great Teachers.

In an article in the Atlanta Journal, a group of legislators and state educators will visit New Orleans, the site of Governor’s go to school district to learn from the Louisiana Recovery School District (RSD).  The RSD is a statewide school district established by the Louisiana Department of Education.  Established in 2003, in the post-Katrina period, more than 100 New Orleans’ schools were assigned to the RSD, meaning they were all taken over by the state. And nearly all of these schools have become charter schools.

So, it makes sense to the Governor of Georgia to send a team there to find out how successful they’ve been in improving education in New Orleans and other parts of the state.

Before they head off and experience Mardi Gras, they ought to read the research, and find out what Dr. Mercedes Schneider, a Louisiana teacher, blogger,  author, and Jason France, a former Louisiana Department of Education employee, and now one of the most dedicated education bloggers (Crazy Crawfish) in the USA.  France has investigated most aspects of education in Louisiana and has reported his finding on his blog.  In his study of the RSD, he writes:

The Recovery School District is arguably the most corrupt, wasteful and unnecessary state department in all of Louisiana. Over the next several weeks I will explain exactly what they have lost, how much they waste, why they are unnecessary and explain the many unethical and possibly illegal behaviors they engage in. If I could cover everything in a single article I would, but their scheming really needs several posts to cover in any depth. This post will describe how they have managed to steal property and funding and to exploit loopholes created for them by the state legislature to rip off the federal government. I will not be revealing anything that is not already available in the public domain (Crazy Crawfish’s Blog. 8 Feb. 2015. Web. 16 Feb. 2015)

Before the Deal groups heads off to New Orleans they might want to call Jason France as interview him to find out just how ineffective the Recovery School District has been in turning around schools.

While they are gathering information before they make their flight on Delta, they should also make a call to Mercedes Schneider.  She has done research on education reform, documented her work on her blog, and has published her first book describing her findings.  She has doctorate in educational research, and is a teacher in St. Tammany Parish, Louisiana.

But, Dr. Schneider has written extensively about the New Orleans Recovery School District, and it is in this context that Georgia officials should focus their attention.  If they follow this link, they will find many articles by Schneider that uncover information that one would want to have before heading west from Atlanta.

The Governor is quick to criticize anyone who opposes his take over plan.  He makes the claim that these questioners are more interested in adults, rather than the children of Georgia.

Hogwash.  If the Governor would be honest, and look at the research on recovery schools, he would find that these schools are not in the service of children and youth, but adults who lead corporate charters and stand to make a lot of money.

I hope that you will pass these ideas on to Georgia school officials, whether you agree or disagree with my position.

Establishing a Louisiana-style recovery school district in Georgia (OSD) is a bad idea.  What do you think? 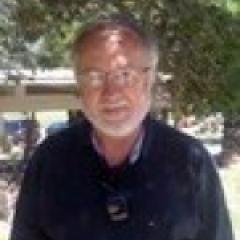