The recent announcement by former New York mayor Mike Bloomberg that he was donating $750 million to help expand charter schools in 20 U.S. metropolitan areas sparked another round of discussion in parts of the education world about the best way to improve public schools.

In a Wall Street Journal op-ed, Bloomberg declared that “American public education is broken” and that charter schools — which are publicly funded but operated outside of traditional school districts — are the answer.

This piece looks at a different answer. It was written by Donald Cohen, who just published a book with co-author Allen Mikaelian titled “The Privatization of Everything,” that looks at the consequences of privatization on just about every part of our lives, including education.

Cohen is the founder and executive director of In the Public Interest, a national resource and policy center on privatization and responsible contracting. He is also a founding board member of the Partnership for Working Families, a former political director of the San Diego and Imperial Counties Labor Council, and founder and executive director of the Center on Policy Initiatives, a San Diego-based think tank and policy organization.

Trying to fix public education with market-based reform is like using a hammer to cook an omelet. It’s just the wrong tool.

That’s one of the main points in “The Privatization of Everything,” a new book that I co-authored with Allen Mikaelian, which explains why market rules don’t apply to every single aspect of human activity — and this includes education.

The recent announcement by former New York mayor Mike Bloomberg that he’s investing $750 million to expand student enrollment in charter schools was a harsh reminder that the decades-long experiment with market-based education reform isn’t working. Charter schools have been in existence for decades, but they haven’t proved to be the panacea their supporters claimed. To the contrary, many communities see them as harming district schools that educate most American schoolchildren.

That’s why what a growing number of public schools are doing to actually improve educational outcomes — and create strong ties among families, students, educators, and communities along the way — is so promising and refreshing.

Over the past few years, public schools from places as diverse as the suburbs of Tampa and Los Angeles have been implementing what’s called the “community school” approach. Community schools bring together local nonprofits, businesses and public services to offer a range of support and opportunities to students, families and nearby residents. Their goal is to support the entirety of a student’s well-being to ensure they are healthy, safe and in a better position to learn. These benefits then extend to the surrounding community — which has been especially crucial during the pandemic.

In the 2018-2019 school year, Gibsonton Elementary School outside Tampa improved its grade on Florida’s annual academic report card from a “D” to a “C.” How? By focusing on nonacademic issues that interfere with student learning but are often ignored by traditional school improvement approaches.

For example, when the school asked parents why their children weren’t showing up, they learned that many students didn’t feel safe walking to school in the dark. Gibsonton then organized an effort to have the local government install new streetlights near campus. Attendance immediately improved, which — among other things — helped improve standardized test scores.

In rural Truth or Consequences, N.M., Hot Springs High School is using the community-school approach to reengage students who stopped showing up to online or hybrid learning. After learning what was holding the students back during the last school year, the school launched tutoring, mentoring and other learning opportunities to address their needs, instantly improving attendance and academic performance. Nearly 80 students who had previously stopped attending school began showing up to classes again.

Many of these schools are succeeding because the community school approach treats public education as the public good that it is. Like ensuring everyone has clean water and quality health care, we can ensure every student gets a great education only if we commit to doing it together.

Like public fire departments, public education benefits all of us, even if we don’t have school-age children. And like with coronavirus vaccines and other public health measures, no child should be excluded — there should be no winners and losers.

In the “school choice” marketplace, charter schools compete with other schools for the education dollars that come with each student. This competition has a downside. While charter schools are legally required to accept all students without discrimination, the reality is often different. Some charters use a variety of schemes to keep out new or move out existing students who are more costly to educate, like special education students. For example, a 2016 study found that at least 253 charter schools in California were at the time potentially violating the law by maintaining exclusionary admission requirements for students.

And while some charter schools outperform their nearby district schools, some don’t. Some students are able to leave their neighborhood public school if it’s struggling and attend a charter school — but the majority can’t do that — and the district are often worse off because the funding follows the student out of the classroom and into the hands of charter management organizations, some of them for-profit.

Community schools reach out and listen to parents, and that is what most parents really want. As the news release for Bloomberg’s new funding cites, 80 percent of the parents surveyed recently by the National Parents Union said that after the eye-opening experience of the 2020-21 school year, they want schools to ask for more parental input and feedback.

In his recent op-ed for the Wall Street Journal, Bloomberg concludes, “We need a new, stronger model of public education that is based on evidence, centered on children, and built around achievement, excellence and accountability for all.” I agree. 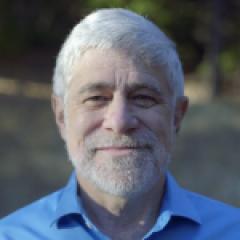 Donald is founder and executive director of In the Public Interest. He is a founding board member of PowerSwitch Action (formerly Partnership for Working Families...
Author Profile
Quick Search
Sign up for NEPC Emails