The Walton family hearts America’s poor kids. Their parents? Not so much. 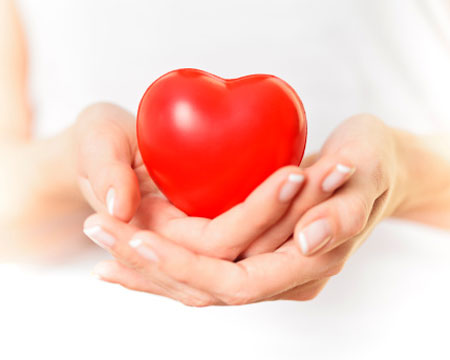 When we last paid a call on our good friends the Waltons, we found them in a fine, beneficent fettle indeed. Armed with Walmart profits equivalent to the wealth of the bottom 42% of American families combined, the Waltons felt moved to wrap their arms around the nation’s burgeoning population of low-income children and hug them into college readiness and 21st century success. And I’ve got great, heartwarming news, reader. As this New York Times feature reveals, the Waltons’ great big lovin’ Walheart beats stronger than ever—and there is nary an education reform group nor a charter school that is not ententacled in the family’s tender embrace.

Just how warm is that embrace? According to the New York Times, the Walton Family Foundation has hugged its extended family members in the education reform movement to the tune of $1 billion since 2000, including $163 million last year alone. Among the warmest recipients of Walton warmth in 2013: lovers of achievement at 50CAN ($4.3 million), of excellence at KIPP ($8.8 million) and even more excellence at Teach for America ($15.5 million). And how the Walheart beats for high-performing seats; $335 million of the family’s love has gone to start up fresh new charter schools, making it the country’s single most generous lover of such schools.

I will stop briefly for a moment, reader, to allow you to reach for a fresh hanky (or to freshen your drink), such is the heart-warming nature of this particular tale. Alas, here is where our story takes a detour into darker, less feel-good fare. You see, if the Walheart throbs with love for low-income kids, it beats somewhat less enthusiastically for their low-income parents, especially those who are low-income by virtue of working at Walmart. Take Washington, DC, for example, where nearly every aspect of the city’s choice-infused school system comes stamped with a *W.* One choice that’s not on offer in the District: living wage jobs at big-box stores including Walmart. Or consider Walmart’s response after workers at stores across the country walked off the job to protest crap wages and benefits and a work culture that might best be described as tough love. (Hint: Walmart didn’t hug the workers.) Of course, even the hardest hearts have a way of thawing come holiday time, which is why this Ohio Walmart held a Thanksgiving food drive for its own employees. 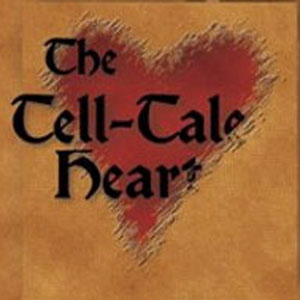 That sound you hear in the background, reader, is an organ—albeit not one of the ventricular variety. I’m talking old school, Vincent Price-style organ music of the kind that plays just before some dark and dirty business is carried out. In other words, this is where we pause to contemplate a heart-wrenching paradox: how is it possible that the great big lovin’ Walheart pounds for the sake of preparing low-income kids for college and career readiness in the future even as Walmart itself presides over a transformation of the workplace into one great big, underpaid, precarious, rights-free hell?

Drawing on the informational text above, construct a Venn diagram that best demonstrates the overlap between the 1.4 million, mostly low-wage Walmart employees and the 2 million students who are being made college and career ready with the aid of Walmart profits. Don’t forget to provide a written explanation of how you reached your conclusion. 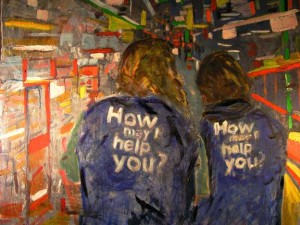 The schools that Walbucks builds

While the Waltons’ loving tentacles encircle a choice of charters, they hug hardest the *No Excuses* academies that are so often profiled on this page. Known for long days, long years, strict discipline and stripped down, test-prep academics focused almost exclusively on English and math, the schools so beloved by the Waltons specialize in a particular kind of acculturation that might best be described as learning how to work for the man. Students attending these schools receive training in such invaluable 21st century skills as showing up on time, making sure one’s uniform shirt is always tucked in and learning that you can only go to the bathroom when the boss says its OK and go home when s/he unlocks the doors.

To spend even a little time in *No Excuses* land is to quickly realize that, whatever else the Waltons are training a growing number of low-income students to do, *creative disruption* isn’t it. In fact, in a last happy bit of happenstance, it just happens that *strive for excellence,* the credo of so many Walton-funded charters, is also a core belief of Walmart, Inc. Which is great, because at least some the graduates of these schools will be college and career ready enough to be management material at Walmart. As for the rest, if they’re lucky, there will be an associate badge with their name on it. Or perhaps by then Walmart will have introduced another name for its army of employees: scholars.