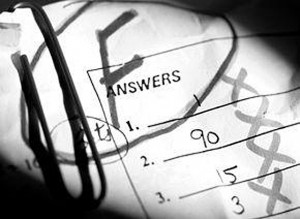 It is an indisputably true fact that our public schools are *hopelessly* failing beyond any hope of excellence. Yet the public remains strangely attached to the idea that publicly-funded schools have an obligation to educate all kids. Alas, that old-fashioned notion of equity is like the Lindsay Lohan of principles: washed-up and of waning interest. Today’s edu-visionary is all about excellence: the laser-honed vision of a 21st century skills-lined path to prosperity for a few outstanding strivers. But how to convince the public to abandon the wishy-washy notion of education for all? 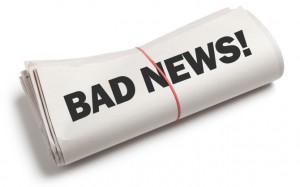 The news is bad folks. In fact it’s worse than bad. It’s *terrible.* You thought you knew just how badly our union-stifled public schools were doing? Take what you thought you knew and ratchet up (or is that down?) the failure by a factor of 9—no, make that 10.  While there may be astonishing news to the contrary (like the fact that African American 8th graders in Massachusetts outscored the Finns in math on last year’s TIMSS tests, the global equivalent of March Madness), I can’t think of any reason to report that—can you?

As for long-term good news trends which contradict the daily barrage of bad news about our hopelessly failing public schools TO AN ALMOST COMICAL DEGREE, forget about those too. High school graduation rates in Boston at their highest level in history? Nothing to see here folks, move it along. College enrollment and completion numbers way up too? Yawn…And don’t even get me going on that non-story about the unprecedented math gains recorded by students in the Boston Public Schools between 2003-2011. While *technically*the largest ever recorded anywhere in the US in the 30 year history of the National Assessment of Educational Progress, this does not change the fact that the news is bad. Did I say bad? I meant worse than even bad. I meant “F minus,” “fall into the achievement gap,” “vote with your feet” bad. 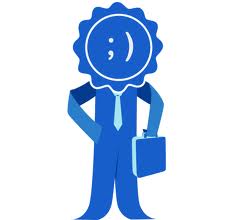 The good news is that there is some great news about schools that are achieving outstanding results with the exact same students being failed on a daily basis by our failing public schools (see above). Reader: join me as we traverse the peak up high expectations mountain to Boston’s City on a Hill Charter Public School, one of the most outstanding academies of excellence in the entire nation. In fact none other than Arne Duncan proclaimed City on a Hill a Blue Ribbon School for outstandingness just last year. City on a Hill has attracted particular praise for its trajectory of excellence that catapults students to college and directly into 21st century careers. As for that silly nonsense about the tiny number of students who actually graduate from City on a Hill, nothing to see here folks. Please completely disregard the following. In fact, I recommend closing your eyes and humming a gentle tune until this next section is over.

In other words, the students who make it through City on a Hill’s gauntlet of excellence emerge like diamonds of outstandingness, ready to shine in the 21st century workplace. And there is more great news. Due to the skyrocketing demand for excellence and the high number of parents who are “voting with their feet,” City on a Hill will soon be producing diamonds at two new high schools, including one in New Bedford, where school administrators estimate they’ll lose 65% of their students between 9th grade and 12th grade (see page 36.) In other words, more great news.

Step Three: Context is Nothing

What’s truly miraculous is that these diamonds started out exactly like the students being failed by our union-stifled public schools. This is an essential point and however non-factual should be repeated at least once per news story (twice per editorial) comparing the excellence of schools like City on a Hill with the sad failure of the failing public schools. Note: there is no need to mention that more than 1/3 of students in the Boston Public Schools are still learning English, while future diamonds attending this academy of excellence, this one, this one, this one, this one or this one are almost 100% likely to speak English. This is called an extraneous detail and has no place in today’s feel good story of achievement gap closing and excellence or tomorrow’s feel bad story of public school failure, expectations lowering or feet voting.

*There is no data about what happens to graduates of charter high schools in Boston once they reach college. Charters were inexplicably left out of a recent Boston Foundation study of college enrollment and completion by city students. City on a Hill founder Erica Brown claims publicly that 75% of the school’s graduates have completed college or are on track to do so. That’s the figure I used to predict the total number of college grads the class of 2012 will produce.