The Art of Teaching Science: Here is How Private Funding is Affecting Scientific Research and K-12 Education 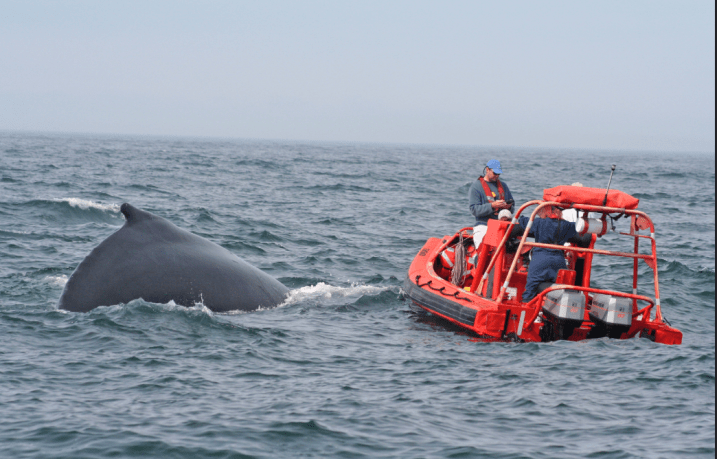 An article in the New York Times by William J. Broad got my attention and in this article, I want to use Broad’s research to show how education is being harmed by private funding. The article by William J. Broad is entitled Billionaires with big ideas are privatizing American science.  It is a very important and revealing article about the future direction of scientific research.  I believe the conclusions that Mr. Broad reaches in his article on the field of science, applies to K-12 education.

Broad starts by telling us that budget cuts in Washington have devastated the nation’s research complex.  In a recent article on this blog, I discussed Why Scientists are Abandoning their Research.  Based on research reported in The Chronicle of Higher Education by Paul Basken and Paul Voosen, they concluded that for more than 10 years the budgets of NIH and NSF have been reduced, resulting in serious problems for research scientists and their students.

Not discussed in the Basken and Voosen article is the back story that Broad makes visible to us in his article.  He explains how science is going to be paid for in the future.  He said this:

Absent from his narrative, though, was the back story, one that underscores a profound change taking place in the way science is paid for and practiced in America. In fact, the government initiative grew out of richly financed private research: A decade before, Paul G. Allen, a co-founder of Microsoft, had set up a brain science institute in Seattle, to which he donated $500 million, and Fred Kavli, a technology and real estate billionaire, had then established brain institutes at Yale, Columbia and the University of California. Scientists from those philanthropies, in turn, had helped devise the Obama administration’s plan ($100 million Brain Initiative project). Broad, William J. “Billionaires With Big Ideas Are Privatizing American Science.”The New York Times. The New York Times, 15 Mar. 2014. Web. 24 Mar. 2014.

An important point in Broad’s article is this sentence:

American science, long a source of national power and pride, is increasingly becoming a private enterprise.

Because of budget cuts in Washington, the amount of money being directed to basic research in science has been reduced.  He quotes Steven A. Edwards of the American Association for the Advancement of Science (AAAS) who explains:

For better of worse, the practice of science in the 21st century is becoming shaped less by national priorities or by peer-review groups and more by the particular preferences of individuals with huge amounts of money.

You might think that the private money is filling the gap for science by providing a source of funds that has been cut from national research budgets (NIH, NSF).  It’s not as simple as that, because the motivations of the private funders are not necessarily in the interests of national research.  Broad points out that this new scientific philanthropy is “practiced according to its individualistic, entrepreneurial creed.”

He says this about the entrepreneurs,

The donors are impatient with the deliberate, and often politicized, pace of public science, they say, and willing to take risks that government cannot or simply will not consider.  Many of the patrons, they say, are ignoring basic research — the kind that investigates the riddles of nature and has produced centuries of breakthroughs, even whole industries — for a jumble of popular, feel-good fields like environmental studies and space exploration.

Privately funded research is usually not done with the common good in mind, but the more often to meet the expectations of the funder for a quick solution to a pressing problem (diseases such cystic fibrosis, melanoma, and ovarian cancer), which Broad suggests is done along racial lines.  But there are also those who make the claim that privately funded scientific research has many positive sides by simply increasing the overall support for scientific research.

Broad cites research at M.I.T. by Fiona E. Murray who survey recipients of private funding, and found that at 50 leading science-research universities, private funding accounts for about 30% of their research money.  Murray explores the history of philanthropy in science, and shows that it has along history.  She also distinguishes between fundamental research and mission-driven research.  Indeed, many of the so-called leading universities are attracting big donors, and have established $100 – $700 million research centers.  This is a lot of money.  For example, the annual National Science Foundation budget is in the neighborhood of $7 billion, and it would be impossible for the NSF to fund such large enterprises without sacrificing further basic scientific research.

Let’s take a look at how Broad’s article might be applied to the kind of research that is and isn’t done in the field of K-12 education.  Can we see some links here?

Education Needs to Be Fixed: Call in the Donors

Broad’s article did not include any examples of research in the social sciences, especially education.  Yet, billions of dollars are privately pouring into K-12 education, to support the personal philosophies and beliefs of the donors.  Eli Broad and Bill Gates are two examples.

In each of these cases, Broad and Gates view education as something that needs to be fixed, like a disease.  In Broad’s case, his group has focused on a fast turnaround program that pumps out administrators who articulate the Broad approach to management.

I’ve investigated the Bill and Melinda Gates Foundation and found that they have invested about $2.3 billion into the Common Standards and related efforts.  Gates public speeches tell a glaring story of a person who believes he has the answers to the problems of K-12 education.  Most of claims about education are based on personal opinions, not on peer-reviewed research.  He does not consult leading educational researchers, and indeed, if he did, he would be rebuffed on nearly all of his claims.

For example, he says that paying teachers based on years of experience and advanced degrees has no impact on learning.  He has no evidence to support this.  Yet, he keeps saying this, and pretty soon people believe him.  For example, I talked to a former student of mine who is a professor in North Carolina.  He explained to me that starting in April, teachers will no longer be paid at the master’s or doctoral levels.  Thank you Bill Gates.

Another of Gates claims is that class size makes no difference in the student learning.  He bases this on hearsay when he spouts that the best teachers actually want to take on more students.  Yet a meta-analysis of 100 studies in the 1980s by Gene Glass and others showed that smaller class size does affect student learning.  (See Berliner, D.C. & Glass, G. V & Associates, 50 Myths & Lies that threaten America’s Public Schools, Teachers College Press, 2014).

Nearly every claim that Gates makes about education is an outright myth.  Yet, with his foundation’s billions available for K-12 education, his foundation contributes more to education research than any other foundation.

It seems to me that he sees education the way he sees disease.  Clearly the Gates Foundation has contributed immensely to eradicating disease and improving health around the world.  In the Gates conception of education, however, K-12 public education can be fixed by developing the means to improve standards, weed out the bad teachers, and insert an accountability system that makes educators responsible for student learning.

GERM:  The Virus that Private Donors Spread Around

And just like any disease, GERM has a number of symptom’s.  Unfortunately, these symptom’s guide the behavior of private donors such as Gates and Broad.  They believe that by feeding money into these symptoms, they will enhance educational reform.   And, clearly they are.

But here’s the thing.  GERM is a virus that infecting schools primarily in the Northern Alliance, e.g. Australia, Europe and North America.  Figure 1 is Pasi Sahlberg’s map of GERM.  As you look at the map, realize that in the Northern Alliance, K-12 educational reform follows the pattern identified above that are symptom’s of GERM.  In this context, Bill Gates and his foundation are actually providing resources to further infect the nation’s K-12 schools, and not providing a cure.  However, if you examine international test results (such as PISA), the Northern Alliance schools a grouped in the middle of the pack, and differ very little from each other.  Apparently, GERM is working well in these nations. Is there a Cure?

Yes.  And it doesn’t have to be invented.  It’s already here.

In his writings and public appearances, Pasi Sahlberg explains that there is a cure for the Northern Alliance’s spread of GERM.  He suggests that there are four ideas that describe the Nordic Model of Education and that if taken together, would provide for real reform in Northern Alliance schools.  As you examine there ideas, you’ll recognize these as professional teacher’s practice when they are responsible for the learning of the students in their classrooms, and not held to some central command and authority that diminishes flexibility and local autonomy.

To Sahlberg, education will improve if we focus on:

Most of the beliefs that guide private donors such as Gates, Broad, Walton, and others are myths or lies.  I know that sounds strong, but there is evidence to back up such a statement.

In David C. Berliner’s and Gene V. Glass’s newest book, the real crisis in education is the perpetuation of Myths and Lies that Threaten America’s Public Schools (public library).  The authors refute many of the claims that private donors and many legislators make about education.  Take a look at their book to find the evidence to those claims that you never believed about public education in the U.S.  It will make you feel good.

So, what do you think about the role of private donors in the field of science and public education?