The Art of Teaching Science: How the Gates Foundation Used $3.38 Billion in College-Ready Education Grants to Change Education Policy

Did you know that since 1999, the Bill & Melinda Gates Foundation (technically founded in 2000) have made over 4,000 grants in the US Program, one of the major categories of funding for the Gates.  The 4,000 grants were distributed among 16 categories such as College-Ready Education, Community Grants, Postsecondary Success, Global Policy & Advocacy, etc.

Through its foundation, the Gates have “invested” more than $3.3 billion in what they call “College-Ready Education” projects, just one of the areas of funding in its US Program.  Keep in mind that the Gates foundation has also invested billions in Global Health and Global Development.  Many of these projects have helped eradicate diseases, and improve food production in other countries.  See comments for an update on Gates’ work in these two areas.

But in this post, I want to look at the Gates Foundation investments in education.  On their website, you can go here to find a database of these investments.   For the research reported in this post, You can get access to an Excel spreadsheet that I prepared that includes all data for these grants here.  I hope you will find this spreadsheet useful.

The chart in Figure 1 shows the number of College-Ready Education grants that have been made since 1999 that are shaping the vision of education based on the three focus areas that the Foundation uses to define this area of grant making.  In 1999 there were only 4 grants made by the Foundation, but from 2000 forward, the Foundation made more than 100 grants each year.  As seen in the chart, the greatest number of and largest amount of grants was made in 2003, 2009, and 2011.  In 2009, 434 grants were made totaling $440 million. 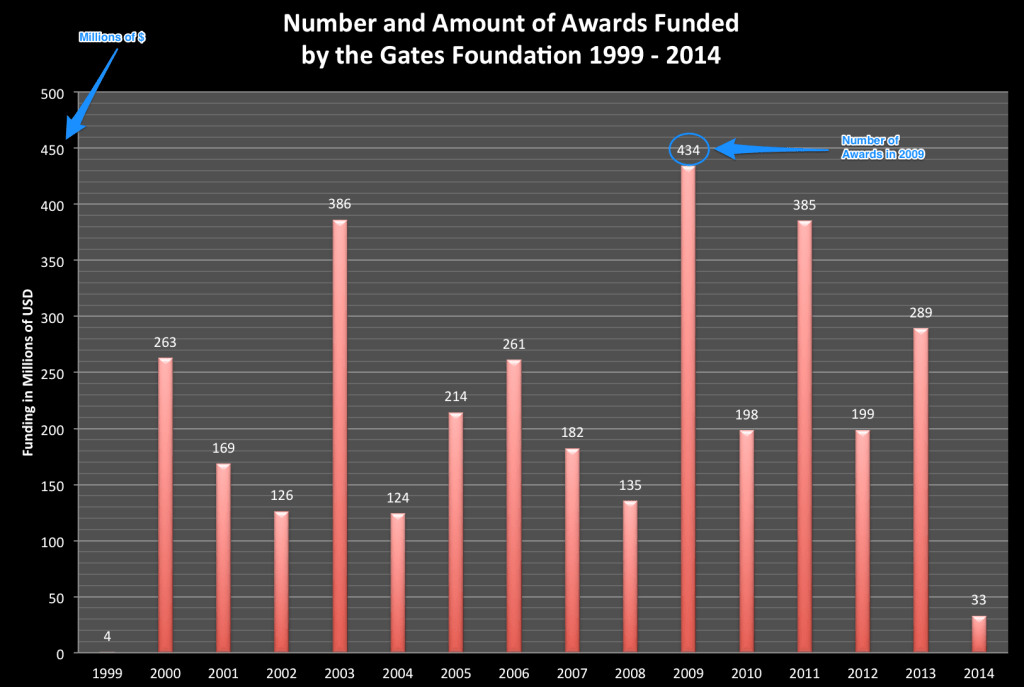 Figure 1. Fifteen Years of Funding by the Gates Foundation. Source of data: www.gatesfoundation.org

Philanthropy, as Matt Kelly reported, is not just an activity of the well-to-do in the United States.  Large numbers of people have given away small amounts of money for specific causes.  But as Pulitzer-Prize winning writer, William J. Broad suggests, “Billionaires with big ideas are privatizing American science.” He suggests that there are “profound changes going on in the way science is paid for and practiced in the U.S” (Broad, W.J. “Billionaires with big ideas are privatizing American science,” New York Times, 15, Mar. 2014: Web. 9 Jun. 2014.)

One of the billionaires that Broad highlights in his New York Times article is Bill Gates.  Philanthropists, including Mr. Gates, have turned the research complex upside down, according to Mr. Broad.  With the budget cuts in Washington (except for the U.S. Department of Education), very wealthy Americans have begun a range of investments in space, medicine, health, and oceanographic research.

Broad’s article did not include any examples of research in the social sciences, especially education.  Yet, billions of dollars are privately pouring into K-12 education, to support the personal philosophies and beliefs of the donors.  The Gates Foundation leads the way.

To some educational philanthropists, such as Bill Gates, there is something very wrong with American education, and it needs to be fixed.

Gates public speeches tell a glaring story of a person who believes he has the answers to the problems of K-12 education.  Most of claims about education are based on personal opinions, not on peer-reviewed research.  He does not consult leading educational researchers, and indeed, if he did, he would be rebuffed on nearly all of his claims.

For example, he says that paying teachers based on years of experience and advanced degrees has no impact on learning.  He has no evidence to support this.  Yet, he keeps saying this, and pretty soon people believe him.  For example, I talked to a former student of mine who is a professor in North Carolina.  He explained to me that starting in April, teachers will no longer be paid at the master’s or doctoral levels.

Another of Gates claims is that class size makes no difference in the student learning.  He bases this on hearsay when he spouts that the best teachers actually want to take on more students.  Yet a meta-analysis of 100 studies in the 1980s by Gene Glass and others showed that smaller class size does affect student learning.  (See Berliner, D.C. & Glass, G. V & Associates, 50 Myths & Lies that threaten America’s Public Schools, Teachers College Press, 2014).

Nearly every claim that Gates makes about education needs to be questioned.

It seems to me that he sees education the way he sees disease.  Clearly the Gates Foundation has contributed immensely to eradicating disease and improving health around the world.  In the Gates conception of education, however, K-12 public education can be fixed by developing the means to improve standards, weed out the bad teachers, and insert an accountability system that makes educators responsible for student learning.

To fix education, the Gates Foundation has created a U.S. K-12 education program to make sure that students are able to succeed in college.  They call it the College-Ready Education program, and as I’ve stated before, it’s a very large investment, indeed, greater than $3.38 billion.

According to the Foundation there are three areas of focus in the College-Ready Education program: teaching, learning and innovation.  Each area highlights funding opportunities as follows:

The major focus here has been on the Measures of Effective Teaching (MET) project.  According to the Foundation, the MET is designed to give feedback to teachers by investigating “what great teaching looks like, and the types of measures that can offer a fair assessment of teaching for helping every teacher be their best. 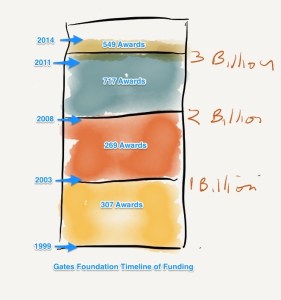 The major focus here is on the adoption of the Common Core State Standards (CCSS).  Funding includes working with organizations to carry out the standards into American schools.  It also means working with organizations to produce and design instructional materials tied to the CCSS.  The Foundation’s focus on learning also means measuring and gauging students’ understanding of the content in the CCSS.

Bill Gates got involved in the Common Core State Standards while they were in the “idea phase.”  As reported in a Washington Post article on June 7, 2014, Gates was approached by Gene Wilhoit, director of the Council of Chief State School Officers, and David Coleman, the architect of the Common Core (and now President of the College Board) who convinced Gates to support the development of a set of common standards that would be used in every school in the nation.  See Mercedes Schneider’s critique of this article, and why there was a three-month delay in publishing the article.  Who’s in collusion here?

Power and influence resulted in the adoption of Common Core State Standards by 45 states, but more importantly by collaboration with the Duncan run U.S. Department of Education.  Duncan required the adoption of the Common Core by states applying for the $4.5 billion Race to the Top Fund, as well as using student test scores to evaluate teachers.  All of this was done with the influence and money of the Gates Foundation.

Lindsey Layton, author of the Washington Post article put it this way:

The Gates Foundation spread money across the political spectrum, to entities including the big teachers unions, the American Federation of Teachers and the National Education Association, and business organizations such as the U.S. Chamber of Commerce — groups that have clashed in the past but became vocal backers of the standards.

Money flowed to policy groups on the right and left, funding research by scholars of varying political persuasions who promoted the idea of common standards. Liberals at the Center for American Progress and conservatives affiliated with the American Legislative Exchange Council who routinely disagree on nearly every issue accepted Gates money and found common ground on the Common Core.

One 2009 study, conducted by the conservative Thomas B. Fordham Institute with a $959,116 Gates grant, described the proposed standards as being “very, very strong” and “clearly superior” to many existing state standards.

This focus area addresses online learning, and use of social networks, websites, and a variety of tools and technologies to produce a “new generation of courseware that adapts sophisticated ways to students’ learning needs.  Included here is game-based learning.  There is the drive here to use digital tools to individualize instruction, and to enable students to progress through (Common Core State Standards?) topics.

It seems to me that the Gates’ investments have reinforced Pasi Sahlberg’s GERM (Global Education Reform Model) theory of education reform.  Dr. Sahlberg likens educational reform to a virus which is infecting schools, especially in the Northern Alliance of countries, e.g. Australia, Europe and North America.  Unfortunately, (according to Dr. Sahlberg) so-called educational reform is simply enhancing the symptoms or characteristics of GERM.  Here is what philanthropists, such as Gates, are investing in:

There is much more to this story, and I’ll be publishing more graphs and charts that you can use to further understand how Gates invests in GERM. What do you think? Do you think that this kind of philanthropy is beneficial to American education?

the Art of Teaching Science